The blueberry season for local Oregon farmers will soon be coming to a close. This year’s record-breaking temperatures across the Pacific Northwest have had a strange impact on one organic blueberry farm in Eugene that has been in existence for over fifty years.

“I’ve never seen it in my four seasons here,” said Greg Ronlov, operations manager at Royal Blueberries, which has been in operation under its current ownership since 1987. “What was interesting was that after the heat wave they stopped maturing. It didn’t kill them, but they stopped maturing and they just were in this weird state, and then they would come off.”

Ronlov also mentioned that the heat has caused damage to the leaves and left the skin of some berries darker than usual, “almost like a sunburn.”

“The berry produces blush, which is kind of that powdery white substance that protects the skin, and that goes away, and they look sunburned.” 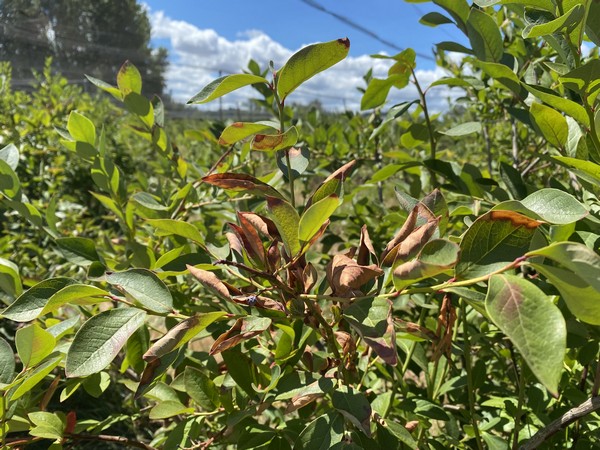 No shortage of berries
While the heat has made some berries appear as if they were stuck in adolescence, it’s accelerated the aging process of others.

“This year, it was weird. With that heat early there were varieties that were normally mid-season that were ready early, ahead of the early season. It just kind of threw off their internal timing or something.”

This meant a consistent crop turnout for Royal throughout the entire season, which has over eighteen different varieties of blueberry.

Ronlov further explained how the sunburned berries are sold with the shriveled berries, or “jam berries,” which are most commonly used for making sweet treats such as jams, syrups, and smoothies. Both the premium and jam berry quality of blueberries from Royal can be found at organic markets in Eugene, and they also accept online orders as well. 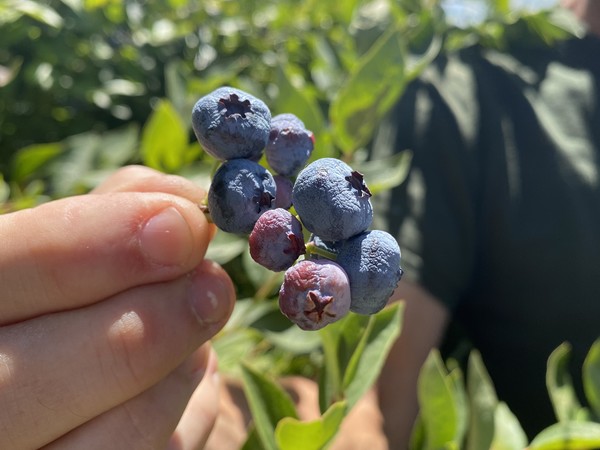