The Belgian showjumping team won bronze at the Olympics in Tokyo. Pieter Devos of Fruitbedrijf Devos Group is one of three riders in the team. He wasn't even selected initially. But he, and his team, ended up taking third place. "We're making history here. It was a true mental rollercoaster ride for me," he told Belgian newspaper, Nieuwsblad.be. 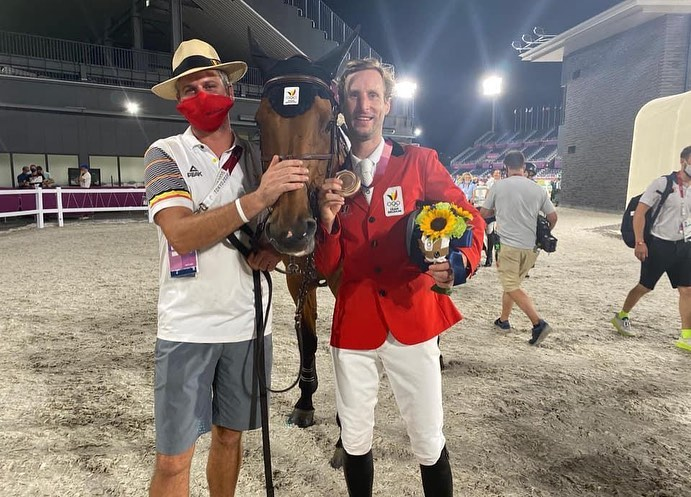 The medal is extra-special for Pieter. He wasn't even selected for the Olympic team at first. But, at the last moment, he took reserve, Yves Vanderhasselt's place. Niels Bruynseels's horse faltered in the individual final. So, Pieter has to step in quickly. It seemed the Belgians would miss the top three. Then, leaders, France, blundered in the very last round. And, a medal slipped out of their grasp.

On social media, Devos admittedly struggled to describe his emotions. "What an indescribable feeling. The Olympics in Tokyo has been an awesome journey. We can end it by bringing home a medal for the Belgian Team. I kept my focus and stuck to my plan. But, most of all, I trusted and had faith in my incredible horse, Claire. She jumped from her heart for me. I couldn't be more proud of her," he writes.