Australian start-up Ripe Robotics recently raised $610,000 their investor seed funding round. CEO and co-founder Hunter Jay said this new funding – and a place in the Startmate Accelerator Program – will keep Ripe Robotics on track for commercialization in the near future.

Hunter said: “We’re going through a big transition at the moment. We’ve been working as founders and engineers, now we have a much bigger budget, the guidance of the accelerator program, and a mandate for what we want to achieve in the next year and a half. Achieving commercialization will let us scale up.”

And then there is Eve. Eve is not quite a prototype: it is essentially the robot that will become commercially available to farmers, after another six months or so of testing, tweaking and improvement. 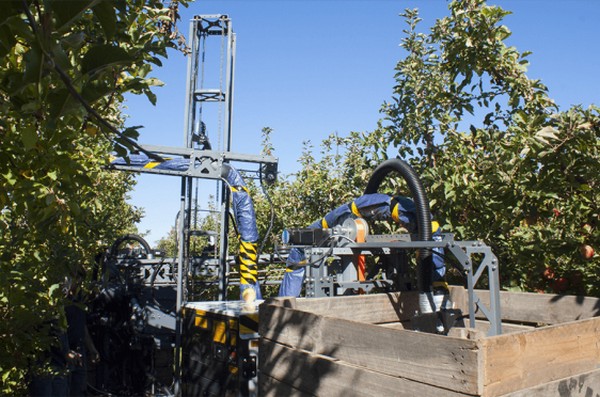 The aim is for Ripe Robotics to be commercial next year – that means at least one working robot out in the orchards, earning a piece rate wage.  “A commercially viable robot has to be as useful and efficient as a human picker, in the first instance,” Hunter told apal.org.au.   “It will take more development and improvement each season, but the line of improvement in a robot means it’s not just replacing people, but being better,” Hunter said. “That means picking faster, causing less damage, reducing wastage, picking at night, and collecting data about the orchard as it goes – data which is also available to farmers.”

Click here to view a video on the robot picker.