"We are making a difference"

"Harvest estimation plays an important role in fruit production. We came across this problem by accident, but are working to include more and more fruit varieties." Although CEO Farid Edrisian's original background is in innovation and tech rather than fruit, he is convinced he has found a product for a long-standing problem in apple production.

Development and customer feedback
"We are able to 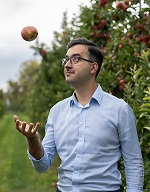 make a difference in crop control/estimation and have developed a solution to help fruit growers do that," Edrisian says. "The development of the first prototype took about six months. It involved seven people, including four developers. Customer feedback so far has been overwhelmingly positive. Basically, the topic is just extremely exciting. We are constantly discovering other areas within and around production that can be improved with the help of digital harvest control."

For example, more sustainable operations can be ensured, and storage and packaging can also be made more efficient, Edrisian says. "Existing solutions such as traditional harvest estimation through manual counting is far too time-consuming and costly. Industry solutions that rely on the use of high-tech cameras on tractors are also both extremely expensive and subject to various limitations."

International attention
Pixofarm began work in Austria and soon had a presence in France and Poland. "Logically, we initially sought many contacts and called accordingly in many places. Outside of Europe, we encountered language challenges in our first attempt, though fortunately we were also able to reach many producers through existing contacts. In this regard, we divide the approximately 100 farms with which we maintain contacts into the 2 annual seasons of the northern and southern hemispheres." 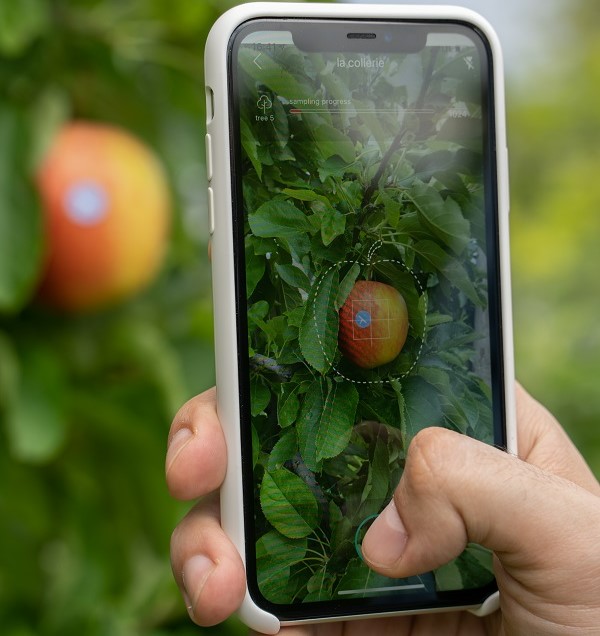 Collaboration with UPL
"We made contact with UPL at a trade fair. It was important for us in this project, above all, to also find a strategic partner, rather than just a financial partner. With UPL, we definitely hit the right mark." Despite the new cooperation with a multinational company, customers will continue to be supplied in the same way as before, Edrisian says. "UPL's support is also beneficial in terms of their distribution channels. They help us get in touch with different growers and companies that we could hardly reach before. But new synergies are also constantly emerging in product development in collaboration with UPL, especially when it comes to sustainability." In the future, Pixofarm would like to implement more fruit varieties, such as citrus and pears, into the system and expand its distribution in many countries with the help of UPL.