"The flat nectarine revolution is only just starting"

The last two years have been difficult for Spanish stone fruit growers, who have seen the weather spoil a considerable part of the production, causing the loss of the expected income and the investments made. However, investments are essential to improve the production and be able to better face the existing challenges in fruit growing, both the exceptional ones, such as adverse weather conditions, and the cyclical ones, such as the market situation. In order to overcome these, product differentiation can be decisive. Thus, varietal renewal is one of the most interesting investments to be made in fruit growing today. 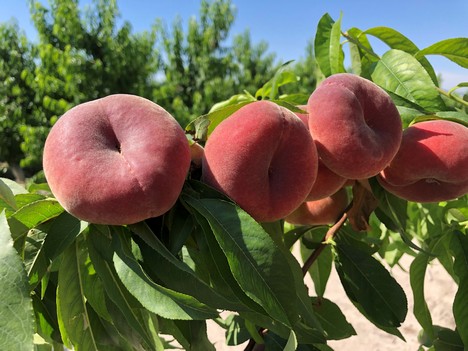 Thomas Chevaillier, Technical Sales Director of PSB Producción Vegetal, says that a grower can never stop investing. "Just as you need to buy frost protection systems or systems to improve the production in the field or to improve quality in storage, such as new cold stores or grading machines, you also need to invest in new varieties. They offer very good quality fruit and can also be key at times when there is a gap in the production," says Thomas. "When there is a gap between varieties and a high demand, the next varieties are harvested green, The quality of the fruit is affected by this and the consequences hurt the entire sector. Besides, there are old varieties that still account for a lot of volume and flood the markets, even though some very good new varieties have been developed that could be planted to cover the entire season with a fresh, quality product."

The varietal renewal of fruit trees is also useful in the face of climate change, as it offers the possibility of having species that are better adapted to new weather patterns. "For example, the apricot season is starting now in Murcia. Here we have a dry climate, with temperatures that usually rise early and with rainfall more concentrated in the fall. However, we have had a period of three or four years with a lot of rain in the spring, precisely in the period in which the fruit's cell division takes place. If there is no sun and water, the fruit does not accumulate sugar, and when rain falls on the production site right before the harvest, the quality drops and consumption suffers greatly. We have seen that this year, in which we haven't had the desired demand, despite the drop in volumes," said the professional. "But that doesn't mean that we are going to stop producing apricots."

Last, but not least, new varieties allow growers to better adapt to changing consumer and market trends. "We must not forget that we all depend on the consumption of the end consumer," says Thomas.

"The flat nectarine revolution is only just starting."
PSB Producción Vegetal is a Murcia-based breeding company that has developed an extensive stone fruit varietal improvement program, offering fruit growers varieties adapted to the different climates of the Mediterranean region.

"Our job is more than just selling: it is to advise growers so that they will choose the right varieties," says Thomas. "To this end, we also organize technical conferences in Lleida, Murcia and France in which we showcase our varieties and present the latest innovations to growers. Producers are listening to us and are replacing old varieties whose production is concentrated in peaks, or which lack color or have a greater tendency to cracking, for more attractive and tastier varieties, better for marketing." 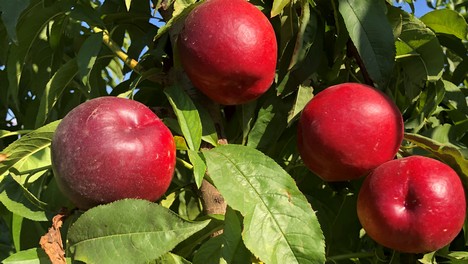 "As far as nectarines are concerned, the Big Top variety, an old variety that growers in Spain have benefited a lot from, is already obsolete, so we recommend replacing it with the Atanais variety, for example. In France, growers are gradually starting to replace the Bergeron apricot with the Nelson varieties, which we are harvesting in France and whose harvest has already finished in Lleida, and with the Madrigal. Both varieties come after the Bergeron, are very tasty and arrive at a time when there is a good consumption of the fruit. We have to bet on introducing different varieties and planning the production," says Thomas.

"As for Paraguayo peaches, Spain was producing large volumes of the Ufo-4 and we have introduced varieties such as the Contessa and Babylone to offer an alternative to producers, given how the prices of the old varieties fall when there is a lot of volume. Growers have responded very well to this." 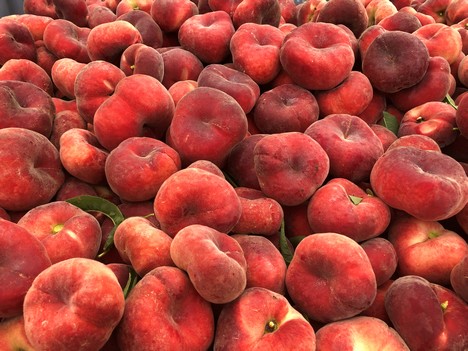 Flat peaches have gained a strong position in the stone fruit market since their arrival. "They have clearly taken market share away from peaches. The fruit's flat shape makes it easier to eat, and it has a very good flavor. All breeders have developed very good fruits in that sense, and there are both new and old varieties that are very tasty. At present, there is a strong Paraguayo peach supply and, although we have lost the Russian market, where it was consumed a lot, the demand has been increasing in other markets. Even the French, who are a bit conservative, are starting to plant Paraguayo peaches," says Thomas Chevaillier.

According to Thomas, "today you need to have nectarines, round peaches and flat peaches. And in the future, we will also need to have flat nectarines." This fruit is one of the major developments that the stone fruit breeding sector is working on; in fact, as the technical-commercial director of PSB states, "the flat nectarine revolution is only just starting." 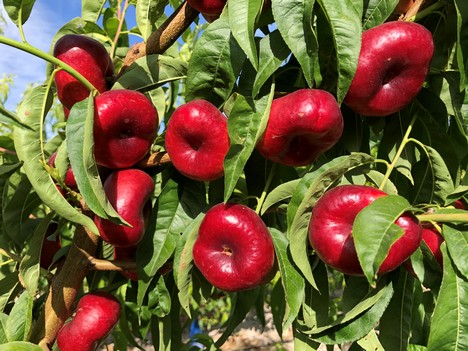 "There are breeders who have already been working on this fruit for 15 or 20 years," he says. "Ten years ago, a range of flat nectarines began to be produced. Many people planted them and then had to uproot them because they didn't get the expected results. It was a time when there was enthusiasm in the sector and planting and uprooting was a major decision, but one that they could deal with. However, we cannot make mistakes now; we cannot make the same mistakes again and massively plant varieties without knowing them well," he says.

"Bringing varieties to the market takes a long time. Our strategy is to introduce new varieties every year and keep making progress, and we are focusing on flat nectarines because we already have a wide range of peaches and nectarines, and the flat nectarine market is still quite empty," says Thomas. "This year we have already launched the early variety Luisella, which is going to be planted in Murcia, and now we have selected the Diosa variety, a flat nectarine that has perfect pistil closure," he says. 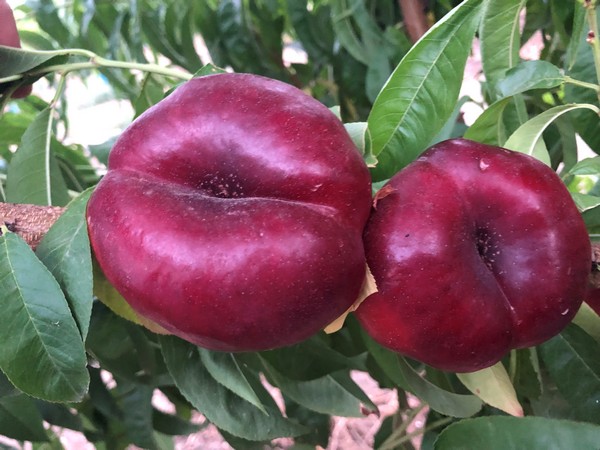 "Paraguayo peaches have already reached supermarket shelves, and flat nectarines will follow suit," says Thomas. "One thing that's certain is that we breeders are working on what the supermarkets and the industry are demanding."