"We have made a few preliminary estimates which, although approximative, show the evident lack of production for the upcoming lemon season. The reduction is expected to be around 30 per cent, with peaks of up to 50 per cent, depending on the fields surveyed. We will be able to provide more precise percentages from the second week of September," said the Cooperativa di Produttori di Limoni Associati of Rocca Imperiale, cooperative that promotes the lemons of Rocca under the Limoré brand. 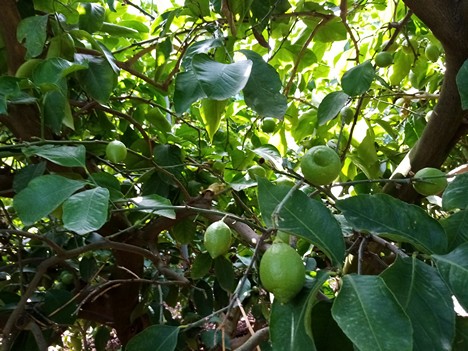 Fruits inside the plant. Primofiore lemons to be harvested in December.

"The bizarre weather trend is certainly the main factor behind the reduced yields. This year, flowering lasted more than two months. Temperatures remained below seasonal averages for almost the entire spring period and there was no shortage of late frosts. All this resulted in poor fruit set. The high temperatures also led to a significant drop in the number of small fruit, starting in the first ten days of June. In the 2021 lemony season, we harvested more than 140 kg/plant, while for the next one we believe we will not exceed 100 kg. 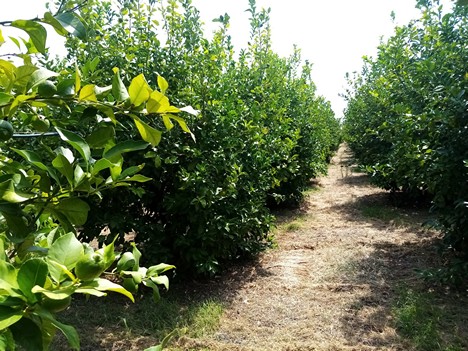 "Drought is another issue we are dealing with. At the moment, we have 8-day irrigation shifts, with a maximum supply of 4-5 hours. But this is not enough to cope with the hot weather. The plant needs a lot of water and if you don't take in account the need for emergency irrigation, you risk postponing the harvest by more than a month. For those who, on the other hand, have wells with internal irrigation lines, there are no critical issues.

"The expected drop in production will weigh heavily on member farms, but, fortunately, with the entry of new producers we will increase the total area to 100 hectares, compared to 80 last seasons, thus being able to compensate for this production imbalance, as well as guaranteeing, at the same time, continuity of supply for more than 6 months."