Many products that require sea freight to reach China have found obstacles in their way since the outbreak of Covid-19. Supply chains of import fruit are often interrupted. As a result, some Chinese consumers are turning their attention to premium domestic fruit instead. They have begun to realize that premium domestic fruit can compete with import fruit in terms of product quality and flavor, and their price is much more reasonable. In addition, during the pandemic, consumers worry about the risks attached to import fruit, which imperceptibly weakens the competitive position of import fruit in the Chinese market. Manager Zhou of Lehe Brand Planning recently talked about developments in the domestic premium fruit industry. 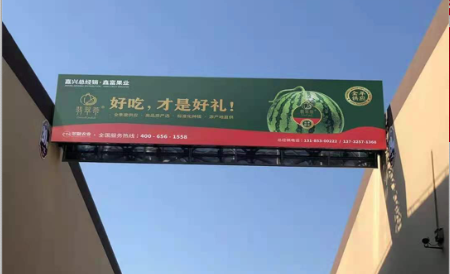 Lehe Brand Planning is a consultancy company specialized in fruit brand strategy advice, brand formation, and the link up between production and marketing. According to manager Zhou, "the domestic fruit industry rapidly developed in the last few years. These developments attracted a lot of investors from abroad. Many Chinese fruit companies have standardized plantation, post-harvest preservation, and processing methods. The pandemic is only stimulating developments that were already under way."

"The disposable income of consumers in second- and third-tier cities is growing stronger, and import fruit is no longer the high-status, expensive fruit that it used to be. Import fruit can be found anywhere these days and some of the import fruit varieties are considered staple fruits. And the higher cost price eats even further into the dwindling profit margin of import fruit. That is why some trade companies were quick to adjust their strategy and shift their focus to premium domestic fruit," explained manager Zhou.

According to manager Zhou, Chinese consumers have always had some misconceptions about domestic fruit. First, consumers think that import fruit is much more expensive than domestic fruit, but that is not always the case. Some domestic fruit is not cheap at all. There are even premium Chinese fruits that cost more than import fruit. Second, Chinese consumers think that the food safety of domestic fruit is lower than that of import fruit, but this is not correct. Government inspections in production areas have become more strict in recent years, and farmers use less chemicals, so that the food safety greatly improved. In addition, some import fruits have traces of agricultural chemicals as well, although the trace amounts are generally within a certain range.

"There are many domestic fruits that have achieved great success in the Chinese market. The Jiang Mei Mei watermelons and Unicorn watermelons from Xinjiang, for example, have an enormous impact on the Chinese watermelon market. however, large-scale companies that dominate a certain market rarely have the mindset to develop premium fruit brands. Furthermore, large supermarket chains sell relatively expensive domestic fruit either loose or packaged in cheap material. Some traders think that they should not waste money on external factors such as packaging or marketing, but only rely on product quality. That is why there are so few strong domestic fruit brands in the Chinese market."

Manager Zhou thinks that production areas should strengthen brand formation, so that traders will also become aware of the effect a popular brand has on sales conditions. Only then can Chinese fruit traders raise the added value of Chinese fruit, both in the Chinese market and abroad.

"There is a polarization in the Chinese fruit market. There is a huge difference in product quality between premium brand fruits and loosely sold fruit products. Between 2015 and 2020, premium domestic fruit experienced a first phase of development and drew the attention of high-end consumers across the country. In the next 5 years, I think that China will make its influence known on the world stage, and that will be another phase of development for domestic fruit. As a company devoted to brand strategy, we also hope to provide specialized services that encourage this phase of development." 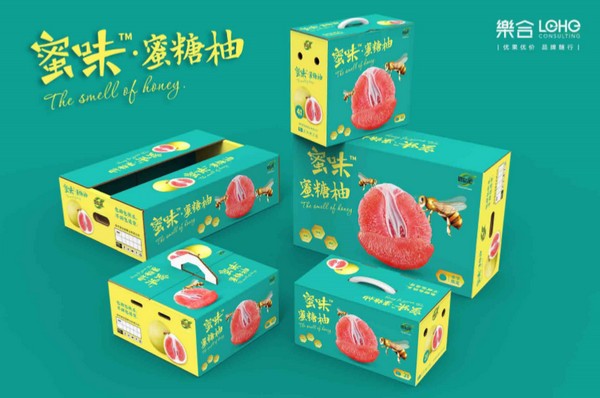 Lehe Brand Planning Co., Ltd. will participate in the Shanghai International Fruit Expo between the 12th and 14th of August. Manager Zhou said: "We would like to meet up with many of our loyal clients in the expo, and make new friends as well. Together we can discuss the development of brand formation in the Chinese fruit industry. We hope to find support for Lehe among our colleagues in the industry."