"Opportunities will certainly come there"

From Brussels to Brisbane: love for Australia drives Cédric Geens to emigration 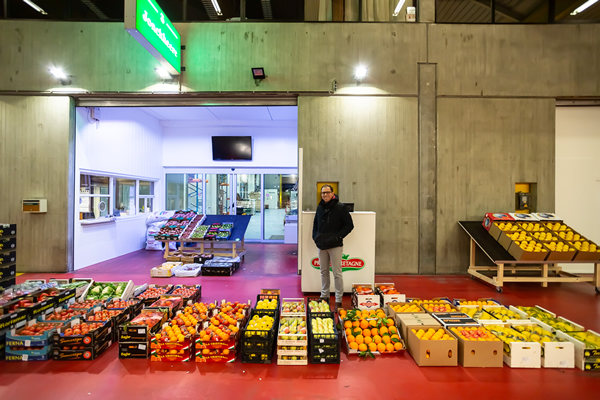 After years of working in the Belgian fruit trade, Cédric Geens of WJonckheere will be leaving very soon for Australia, Queensland. He will be settling in Brisbane, a modern city near the Gold Coast and a few hours' drive from the Great Barrier Reef. As to how the plans to emigrate to Australia came about, Cédric says it is a combination of several factors. "In the end, it's a combination of ambition, good feeling, future, climate and nature. We have been there several times with our family and the love for the country was the deciding factor." 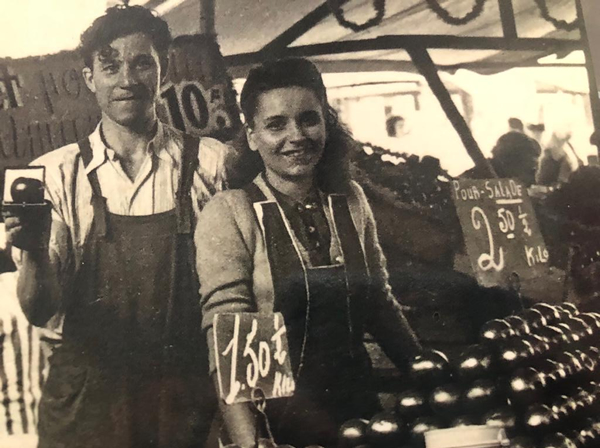 Cedric's grandfather and grandmother with their fruit and vegetable stall.

Cédric was born into the fresh produce business. "My grandparents come from fresh produce and first had a fruit stand in Brussels. Then they set up an import company (De Ridder & Zoon) here at the European Import Centre in Brussels. My mother later took over my grandfather's fruit and vegetable company together with her brother and two sisters and ran it successfully until it was taken over by the ADW group a few years ago. My grandfather Albert De Ridder travelled far and wide for his work. He was also the first to import kiwis into Europe. He visited Africa and America several times. So the passion for distant travel comes from him." 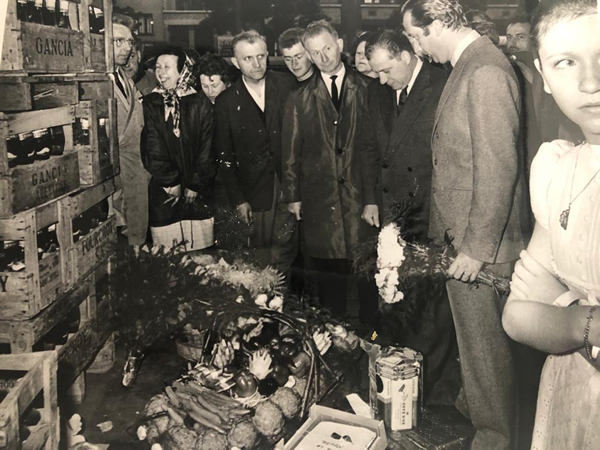 Grandfather Albert (in black suit) together with King Albert II (grey suit with flowers) at the early market in Brussels 1968. The girl in white is Cedric's mother: Eliande De Ridder

"As a working student, I got my first work experience in fruit and vegetables at Superfruit, also located at the Brussels market. After my studies I started working in the banking sector and after one year I returned to the fruit and vegetable sector, first at Superfruit and then at Starfruit Company as sales & purchase manager. At Starfruit I learned a lot by working with Lena Meskens," says Cédric. 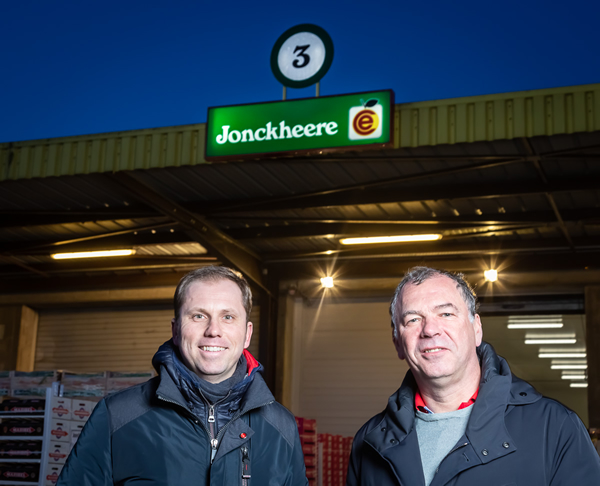 Cedric (left) with friend and colleague Stefan Andriani of WJonckheere

In 2011, I received an unmissable opportunity to work with Stefan Andriani, the manager of WJonckheere, as the person responsible for purchasing and sales. I now help to determine WJonckheere's strategy, lead a team of workers together with him and have managed to maintain good relations with some important overseas suppliers. The freedom to make decisions for WJonckheere and my good relationship with Stefan Andriani, who was a witness at my wedding last year, means that I have enjoyed my work for ten years and this is reflected in the excellent reputation of WJonckheere." 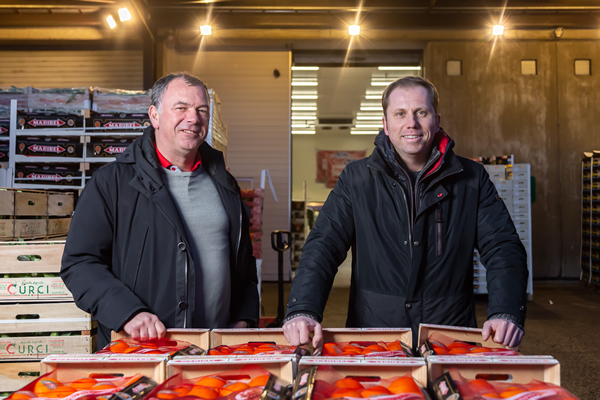 "I look back on my career in the Brussels fruit and vegetable market with a good feeling, I have met many interesting people, learned a lot and had a great time. But now a new challenge awaits me that I would like to take up with my family! Most likely I will also start working in Australia in the fruit and vegetable sector. I already have several good contacts to get started in the Brisbane market. I am looking forward to this work experience with new products, new legislation and new contacts. First we will focus on finding a nice house and a school for the children, not to mention enjoying the beautiful beaches, nature, wildlife and delicious bbqs. So it will really be late summer until January for us...." 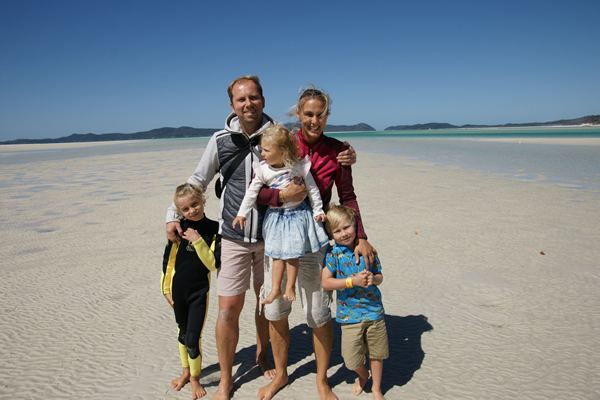 Cedric with his family on the Whitsundays ( Queensland)