This week Cornwall has seen temperatures of 30 degrees Celsius, which according to Greville Richards, Managing Director at Southern England Farms, is totally unheard of. However, despite the high temperatures crops on the farms have not been adversely affected as there is plenty of moisture in the soil from rain earlier in the year, heavy rain is also forecast for Friday night. 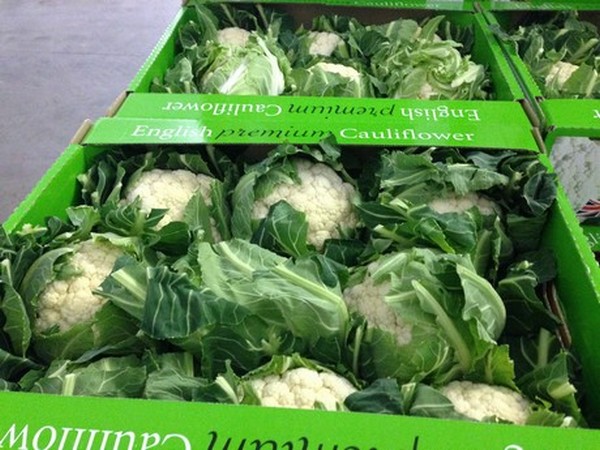 “It has been a difficult year so far,” says Greville. “The frost had an impact on the brassica crops, the broccoli was not uniform and we had to do six passes instead of the normal three, that said the courgettes have been strong if a little later than normal due to the cold spring. We are now covering of all the UK orders. It is a different story over in Lincolnshire, however, where unfortunately they are having a very rough period.”

SEF are not exporting brassicas, but did export winter cauliflower to Scandinavia and are exporting courgettes to Holland and Italy.

Getting produce to customers has not been a problem for SEF, as according to Greville their haulier is looking after them very well, but it is still borderline due to the driver shortages.

The driver shortages have been all over the news in the UK but Greville feels the labour shortage has not been publicized enough.

“There are only two types of workers: those on the settlement scheme and those with seasonal worker visas. Of those people who have settled status a percentage have gone home and if they miss the deadline to reapply, they don’t get back so that pool of people is decreasing. If the current labour situation continues people who grow labour intensive crops will have to stop.”

There are 30,000 people on the visa pilot scheme but Greville reckons to have a steady supply of labour there needs to be around 100,000 people with visas.

“If the British government want British veg on the shelves, they need to show some support for growers by providing seasonal labour to harvest and process it. They know about the problem but are not addressing it, they are burying their heads in the sand, showing a total disregard for the problems which growers face, we are being sold down the river. There are currently hundreds of acres going unharvested due the lack of labour, ironically we are getting calls from Europeans who want to come and work but can’t as they don’t have settlement status.”