Supplies of imported asparagus are mediocre at best

Currently, asparagus is coming from the Guanajuato region in Central Mexico. “That region has been dealing with quite a bit of wet weather. It always deals with a lot of moisture and this is one of those really high years for it. They’ve had a difficult time getting into a really consistent rhythm with volume. It’s been mediocre at best,” says James Paul of Greg Paul Produce Sales Inc. in Stockton, CA. While Paul works with Greg Paul Produce Sales on California production of asparagus and potatoes, he also works with Los Angeles, CA-based Giumarra Co. on imported asparagus supplies. 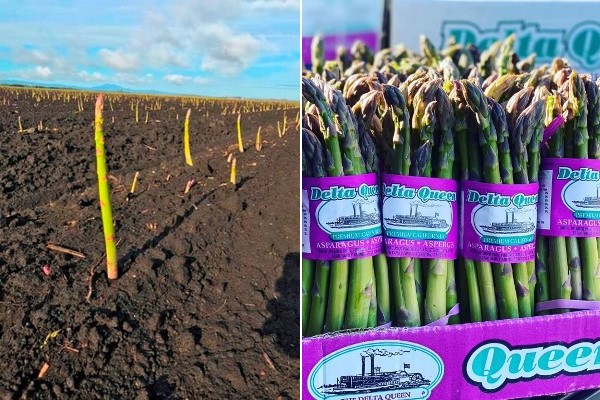 Domestic production of asparagus wrapped up approximately 1.5 months ago. “Peruvian imports are picking up and filling the gap of some of that fair supply situation. I don’t know if their volume is tremendous but they are increasing on volume,” says Paul.

That said, volume is similar to last year at this time and supplies from the Guanajuato region should continue to arrive until the middle of August, possibly even the first week of September. “But we don’t expect any kind of increase in volume available,” adds Paul.

Price influencing demand
Meanwhile demand has also been mediocre. “Pricing increased quite drastically after domestic producers left,” says Paul. “So retailers with high prices on the shelves killed some of that demand.” Also adding into that softened demand is the availability of other local vegetables in peak seasons across the country.

Yet, asparagus pricing has adjusted quickly. Paul says last week pricing on the West Coast was at $30 for 11 lbs. and a week later that price has dropped by at least $10. “But to go down much further than that, you’ve got to have the volume for promotional opportunities,” says Paul. “Now that it’s gone back down to more of an average price for this time of the year, I think it’ll hold and be consistent.”

And, as many growers are experiencing across the country, Greg Paul Produce is also dealing with inflation in different areas of the business. “Asparagus is one of the highest hand-labor crops there is and with all of this inflation, I think we’ll see higher and higher costs of production regardless of the region it’s being produced in,” says Paul.