Five years ago, Dutch onion packaging and sorting company, Jonika invested in its first Symach palletizing line. At the beginning of this year, they got their second and third ones. These are combined with the newly purchased weigher and Baxmatic from Eqraft. All this has given the factory a renewed impetus. Now, customers in other parts of the world get onion bales delivered in perfectly stacked, stable pallets. 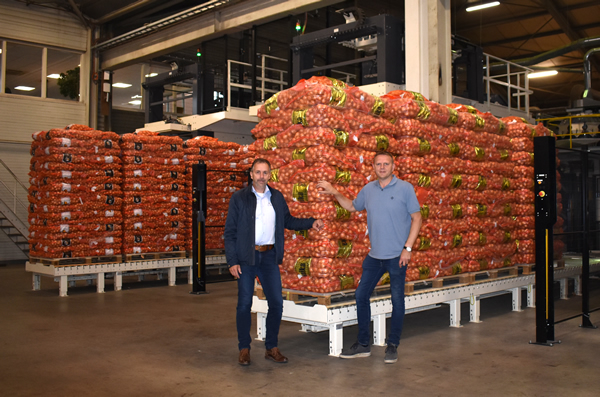 According to Jaap Nieuwenhuijse, it was an easy choice to choose a Symach machine again. That's given their experience with the first palletizer. "We'd already anticipated possibly fitting second and third lines. That's when we bought our first machine. The reliability, service, and ease of use have been proven. At Symach, the machines' quality is paramount. To date, we've only required limited maintenance. But when needed, the service technicians come out quickly." 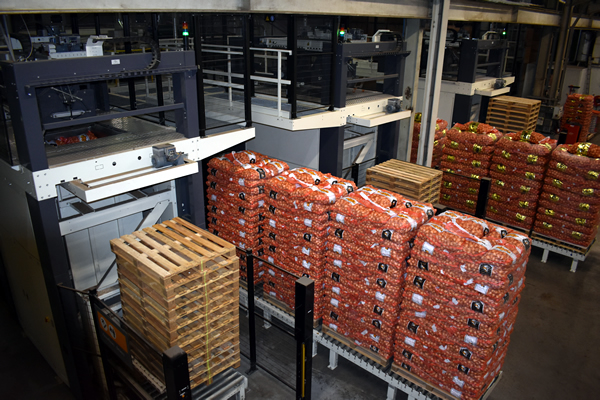 "Client packaging requirements are becoming more diverse. For example, customers from the Far East, in particular, are increasingly asking for small packages. The 20kg packaging, for instance, is increasingly being reduced to 17kg. And the 10kg to 8kg. This machine gives us not only a high capacity. We also have a high degree of flexibility. For example, it automatically selects another wrapping machine if it's in use. These palletizers' capacity perfectly matches the Eqraft Baxmatic and weigher too," says Jaap. 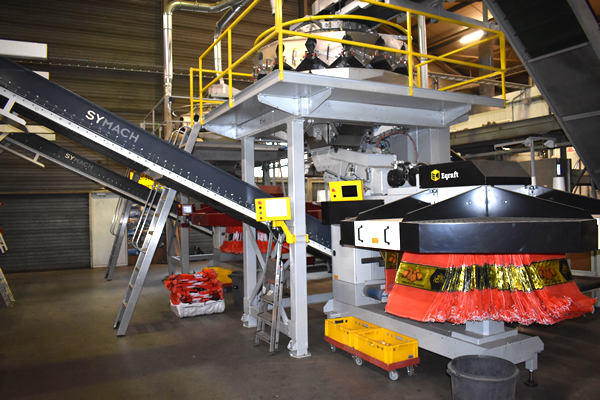 "It's become a generally nice, compact unit. We've also been able to drastically reduce the number of forklift movements." Jonika closely follows optical sorting developments too. "We haven't decided yet. But we're looking closely at the currently operational machine user experiences. That's before we decide to invest in them."

At Jonika, the old onions' season's over. They're now fully focused on the new one. "We're looking forward to it. The onion sets demand is starting to pick up from various countries again. The weather's limiting the supply at the moment. There should, however, be enough Dutch onions on the market again this year. That's to serve all the world's customers," Jaap concludes. 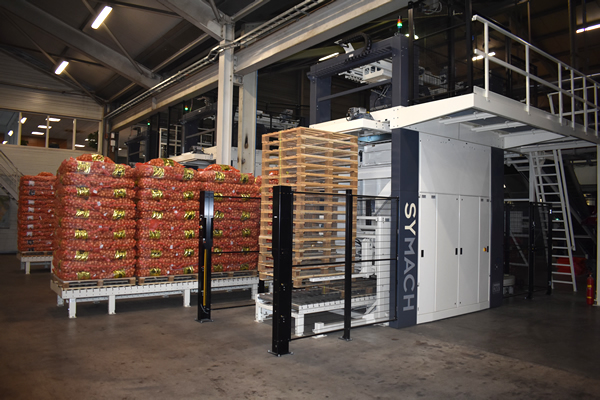 "There are ongoing developments in the area of palletizing too," says Johnny de Bat of Symach. "A few years ago, we developed a faster palletizing head. This prototype had several technical problems. So, we modified it and developed it into the next generation. The first of these is currently being tested at an onion packer. And it looks very promising. This head increases capacity by at least 25% capacity. With this, we can serve clients who want to stack smaller packages faster. Then they can process sufficient volumes." 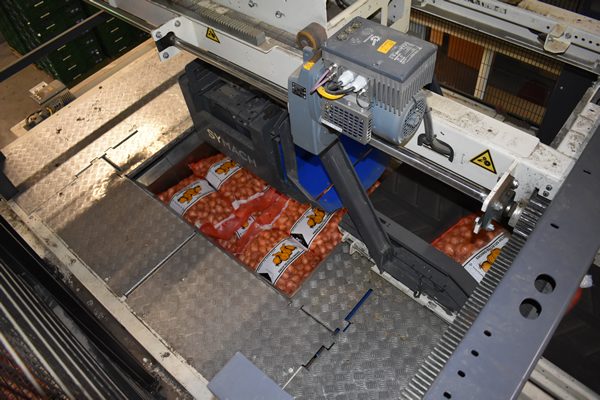 "There are developments on the wrapping front too. Fruit and vegetable products are usually wrapped with net packaging. But we now have access to a new type of perforated film. Now, these products can breathe. This meets the need of places like supermarkets. You can use this material on existing net wrap machines without much modification."

"Our machines have another new feature. We can supply a wrapper that doesn't staple the net wrapping. It knots it. So, you can recycle the entire package. The first wrapper with a knotting device is now being practically tested. It should be a nice addition for agricultural processors," concludes Johnny.