Dutch onion exporter suddenly in the middle of a disaster area

Daily Onions in Valkenburg, the Netherlands, is usually fairly anonymous in the fruit and vegetable sector. Not so, last week. Severe weather meant the spotlight fell fully on this Dutch town. "We were suddenly in the middle of a disaster area. The Queen walked right past our door," says Adriaan van Belzen.

The street Daily Onions is on is just a little elevated. So, this exporting agency was able to keep its potatoes, onions, and garlic dry. "We had no internet for a while on Thursday. But if that's all, it's not so bad for us. A lot of our neighbors have been hit harder. Many people will begin assessing the damage this week." 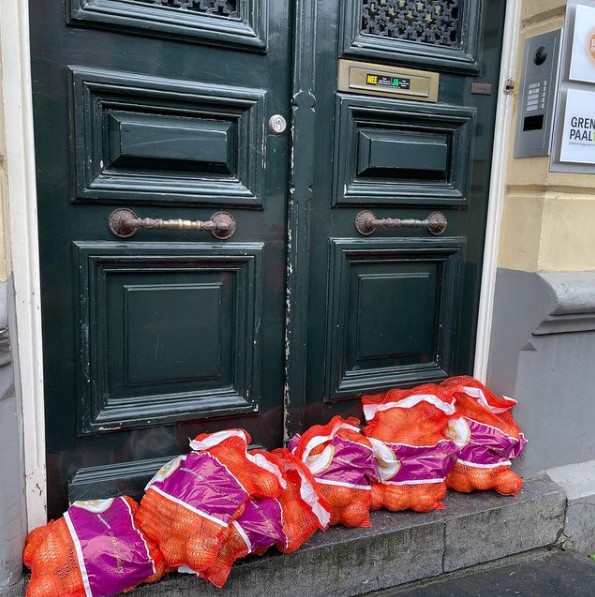 The company did put a few bags of onions in front of its door. "Perhaps a bit droll, but it shows the situation in which we find ourselves," says Adriaan. The storm's impact shocked him. "Water is enormously powerful. This has never happened here before either. But it rained for three days in the Eifel and Ardennes mountains. That resulted in 180mm of rain in short order here. Such volumes in rainy regions can severely affect the lower-lying areas."

The Valkenburg region [in the Limburg province] isn't traditionally onion-cultivation country, but it's on the rise. "It tricky to farm on the hills anyway. Potato cultivation is more common. There's more onion farming in Central and North Limburg. It's extremely wet before the onion set season starts. So, it's tough to get started. The water level should drop instead of the onion price," Adriaan concludes.

Loek Smets of P. Smets reacts
Loek Smets is a director at P. Smets. This wholesaler is located in the Dutch city of Geleen, also in Limburg. He points out that the situation is very localized. "It's dry here in Geleen. But 10km away, the roads are impassable. It's terrible for the affected places, but it's hugely localized."

"That's why we're not badly affected. Some customers now have other things on their minds. And some markets are canceled. But it's affected a limited number of clients. I live in a village five minutes from Valkenburg. There have been substantial investments made in the drainage system there. We don't have any problems now. But it used to flood when it rained."

"People in Valkenburg think of the Geul as a babbling brook that runs through the town. Now, it's a raging river. All the water the rivers in Germany and Belgium can't handle runs into it. If you're close to that river, you're in trouble," Loek concludes.