“This is turning out to be our best season yet,” according to Luis Sousa of The Land of Jershon, a kiwi grower based on Portugual. The kiwi berry season is set to start on the 16th of August, and will run until the 30th of September. “The plants are now between their 5th and 6th year of production, which means production will be at its highest yet. We have 4 varieties in production and 8 more in experimenting stage.”

The producer, who grows kiwi berries on an area of 7 hectares, with another hectare soon to follow, has faced a number of challenges to get to this point. “Kiwi berries have a high labour requirement for a short time, in full production we need 70 people for 6 weeks. The berries aren’t suitable for automation of the process, as their skins are too sensitive. This also makes it hard to produce the best quality. We were also affected by frosts this growing season, despite the measures we put in place. There was a mechanical failure and we ended up losing 2.5% of our production. The kiwi berry also has a high water requirement, as well as specific requirements in terms of climate, soil and air humidity.” 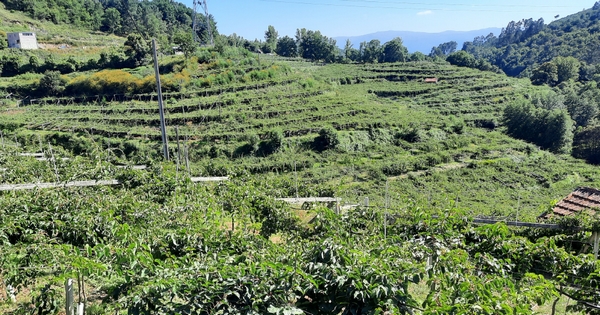 “Another issue is the relatively short season. There is still no production in other countries outside the EU. A short production period means that there is less exposure on the supermarket shelves, which weakens the positioning of the kiwi berry with the consumer, as it is still a relatively new product. In order to increase the harvest period from 6 to 10 weeks, we intend to plant another 7 hectares in the future, to take full advantage of the different microclimates in our region.”

The Land of Jershon exports to Spain, England, France, Netherlands and Germany, despite Spain also being a producer of kiwi berries. “Rather than a competitor, Spain is an ally. Southern Spain produces earlier in the year, at a time when there is no fruit, which helps extend the season and strengthen the sector. The kiwi berry has a lot of potential for both its flavour and health benefits, but is still very unknown to the consumer, which may have contributed to the fact that a few years ago several producers tried to produce 20/25 tons per hectare, completely changing the flavour and leading to the loss of its unique characteristics, which define it as a product of excellence. This caused consumption to stagnate. There was then a selection of producers or a change in mentality. Quality is being restored and consequently consumption is slowly increasing again.”

“We ourselves are expecting a great quality this season, as over the last few years we have visited several farms, worked with several consultants and accumulated large amounts of knowledge, so we have no doubt that we will have the best quality ever. For this year we have more than 95% of our production sold,” concludes the grower.