The introduction of a pre-packing facility and state-of-the-art sorting machine has helped a Queensland citrus grower achieve bigger pack-outs and ease some of the effects of the workforce shortage.

Dermark Pty Ltd (Turnbury Orchard), located in Gayndah, north of Brisbane, says the new facility and machinery were completed in February, just in time for this year's season. Managing Director Sandy McLay explains among the installations a new fruit sorting machine from leading international company Reemoon, which can detect blemish and colour problems.

"It has made the business more efficient, and allowed us to meet daily targets," he said. "It has also helped us meet the staff shortages due to COVID-19, which has been a very big plus for us. We were after a blemish sorter to sort out our green and juice fruit, and this machine does exactly what Remoon says it will do. I positioned our blemish sorter at the start of our pack line, and this prevented unwanted fruit from being processed through the rest of the line, and that has worked very well for us. It has freed up a lot of the internal workings of our shed. We are still grading the same as we were, but it has taken the pressure off. In the old days, eight girls would have to go flat out to get this fruit off the sort table. The way it is now, is the only fruit that comes through on the line is Grade 1 and Grade 2. It has taken all the excess volume out."

Mr McLay worked previously in the hospitality sector and realised the need for speed, versatility and staffing levels, and he says Dermark was the first company in the area to introduce machine filling of boxes. However, he was initially unsure of how the machine would be assembled, given the travel restrictions that Australia has introduced has meant that no technicians were able to travel out from China to help with the set-up.

"It was a concern to me because a lot of our other machines are looked after by their respective techs," Mr McLay said. "We got caught up with the COVID non-travel situation, so we realised that we had to do it ourselves. The machine turned out to be simple to install and it was like a 'Meccano Set'. Considering the language differences, everything was done via WeChat, and the support from Reemoon has been great; 24 hours, seven days a week, and they even supplied some spare parts. Overall, the machine arrived in three sections and we just put them together under the leadership of Reemoon Australian Local Service Partner, Engineer Shane. It was good to be able to put it together ourselves, as we now understand how it all works and why certain things are in different places."

The company was one of 15 to receive a $250,000 grant from the Queensland state government to go towards the on-farm pre-packing and quick-chill facility, as part of the Rural Economic Development (RED) program. 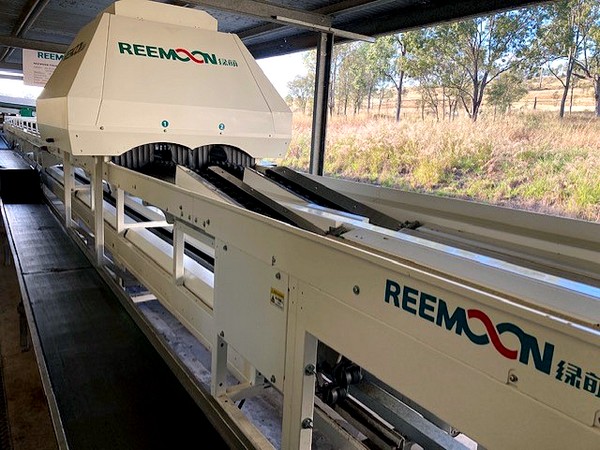 Reemoon was established in 2001 and has systems that cater to many areas of post-harvest, including quality, visual, weight, colour, density and defect sorting. Last year, another Australian citrus grower Sparacino Farms, on the New South Wales Central Coast, also set up the Reemoon technology systems in the company's packing shed. Mr McLay says their recommendation was a key part of the decision to go with this sorting machine.

"I was initially attracted to the fact they were using cameras," he said. "I never actually saw the display, as I was meant to go to Germany, but didn't get there because of COVID. So, I read a lot about it and I made a phone call (to Sparacino Farms) and they were happy with it and I found the pricing competitive. I was willing to give it a go. I was told how it would and wouldn't work - and has done exactly what Reemoon said it would do."

Dermark supplies local supermarkets Woolworths, Coles and Aldi and also exports overseas to China, Taiwan, Thailand, Hong Kong and the UAE. The region does not produce a lot of navel oranges, but the sorting machine has processed a lot of mandarins, lemons and limes. Production-wise, Mr McLay says it has been similar to last season, despite the slower harvests due to the labour shortages in picking the fruit, which has meant a 30 per cent rise in wages. But at the same time, the new machinery has halved the packing shed staff. 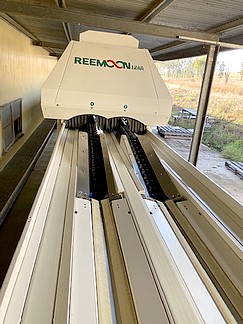 The new facility is already attracting the interest of other growers, according to Mr McLay.

"Local growers have heard we have a blemish sorter and are already packing here," Mr McLay said. "If anyone wants to come and have a look at it, they are more than welcome. It is certainly giving us more consistent grades and allows our sorters to focus on certain grades. We are happy with the machine, and can't really fault it at the moment."