“The water situation is dire. This one is real.”

Conrado notes there are some smaller, less thought of side effects of the drought on California’s agriculture picture. “It’s promoting larger operations. It’s starting to squeeze out more and more mom-and-pop type growers who don’t have the deeper pockets, unlike larger operations who can go out and drill a million dollar well or pay for higher priced water from other areas,” he says. “There are a lot of effects that these policies around water have that are not being considered. It’s pretty devastating.”

The threat to row crops
Another effect is on California row crops, such as melons or tomatoes. “I’ve heard of many scenarios this year--whether it’s fallow ground that’s set aside for row crops or tearing out existing orchards,” he says. “Though farmers are going to try and keep their permanent crops alive, whether it’s almonds, pistachios, wine and table grapes and more that’s in the ground for a number of years.” 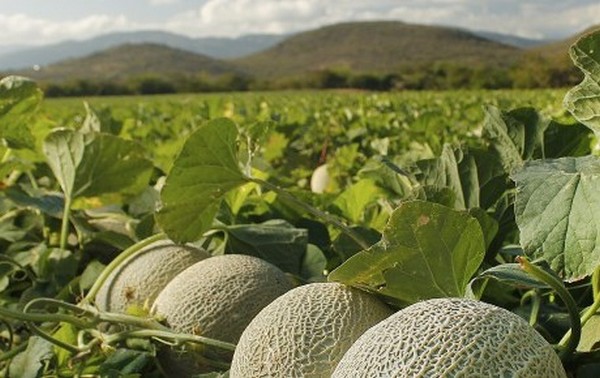 California's drought means row crops such as melons may be bypassed in favor of more permanent crops such as pistachios or table grapes.

That means the first hit will always be those row crops. “Farmers are going to want to save where their investment is that means saving that orchard or vineyard. It’s easy to not plant a melon field and turn those water resources to something you already have an investment in,” Conrado adds.

Planting plans and water allocation
And if it’s not affecting an entire crop, it may contribute to the continued erosion of a specific commodity thanks largely to continually shrinking water allocations in California.

Conrado notes that some growers earlier this year had counted on, for example, a 10 percent water allocation only to find out they were allotted only five percent and then saw a further cut to that allocation, in some cases down to zero. “You create a planting map of your ranch and submit it to the county before the end of the calendar year and then you have to blow the whole thing up and start over wondering: how much water am I really going to get? Where can I apply that water to what crops?” he says. He notes that Classic Fruit itself had to drop acreage in some areas and adjusted and moved fields as well to be in areas where water was better allocated.

Looking ahead, Conrado says the water situation is only becoming more dire. “More regulations such as the Sustainable Groundwater Management Act coming in is going to make it even more difficult on water and procuring it,” says Conrado. “But next year will be the real kicker as to what happens to California agriculture. I don’t see anything that changes to benefit agriculture so next year will be as real as it gets on water.”