"Things look very promising for now," says Diether Everaerts, who does sales at the Belgische Fruitveiling (BFV). This is the largest cooperative fruit growers organization in Belgium. They have a 50% domestic market share. "Blossoming started quite badly because of the cold weather. But, in the end, the cherries set well. There will only be fewer of the very early varieties." 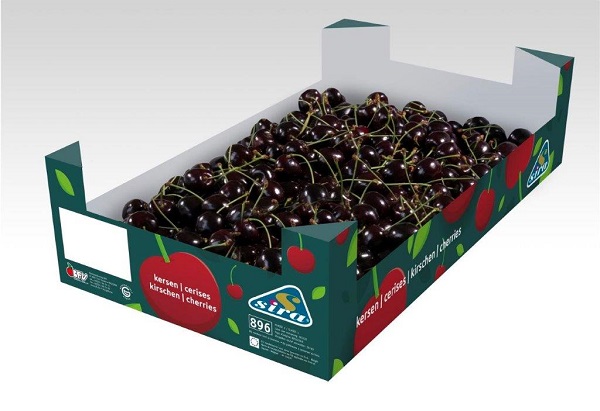 He says the expectations for the main cherry varieties are good. "These are varieties like Samba, Kordia, Regina, Sweet Heart, and Lapins. It even looks like more cherries will be harvested than in 2020. BFV sold 2.3 million cherries last year. This year, there may be between 2.5 and 2.8 million cherries coming from the orchards."

Despite the positive outlook, Diether was keeping a slight wary eye on the weather. There could be hail or hard rain. And then there's the June shedding. These could all throw a spanner in the works. He did think the cherry season would begin eight to ten days later. That's as a result of the cold spring. In 2020, the first Belgian cherries were already on the market in mid-June. Now consumers had to wait until the third week of June.

More room
Although the harvest is larger, price expectations are still optimistic. Diether says that in France, farmers lost at least half the cherry crop due to frost damage. "That means France doesn't have enough of its own production. They're buying plenty of supplemental cherries from Spain. So, the Spanish cherry supply will be well reduced by the time Belgian cherries come on the market. When demand exceeds supply, it leads to increasing prices," he says. Spanish cherries were in high demand, so they were selling at good prices too.

Harvest security
Diether  has determined that the gloomier weather hadn't yet affected growth. "We've had a fair amount of rain interspersed with some sunshine. That's great for cherry tree and fruit growth." Rain is important for growth but can affect the cherries' appearance. Especially if there's too much or hard rain in the final weeks before harvesting. That's important because only around 30% of Belgian cherry growers can use canopies to protect their fruit. The remainder are at the mercy of the weather.

The sales manager foresees good pricing at the start of the Belgian cherry season. "We're later, and France is having harvest troubles. So, we'll be entering a market that offers many more opportunities than in a normal season when there's no damage in France." He says that in a standard year, at some point, there's always an oversupply in the European cherry market. That affects prices. "This year, there's more room for better cherry sales."

"We're not yet specialized in fully canopying our cherries." That's because it's hugely expensive for growers to fit a plot of cherries with a canopy. Nevertheless, Diether sees a trend toward more and more fruit trees being covered. "You have to canopy your cherries if you want harvest security." Harvest security is vital to be able to implement programs. "Increased production lets us create four to six-week client programs. Then you need harvest security which you can only guarantee through canopies. You can't do without these." 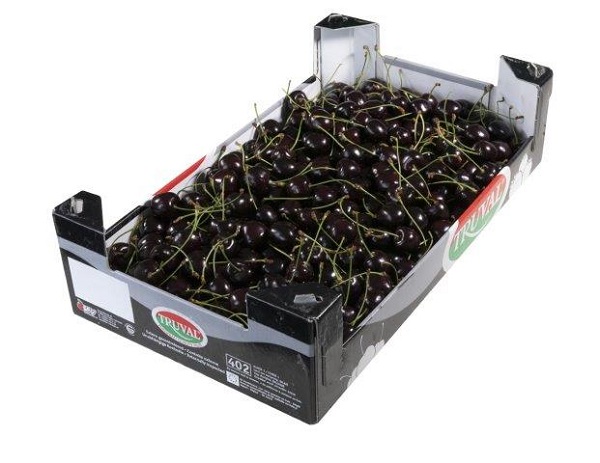 Popularity
"Belgian cherry acreage is generally increasing." BFV, too, has planted five to ten percent more cherry trees. Diether thinks acreage can continue increasing as long as there's demand. "Sales have been good the last two years. As long as there are chances, they will keep climbing gradually." Consumer demand for local products also continues to increase. "COVID-19 has helped drive that even more."

There's always room for the short chain (home) sales, he says. Cherries are also more in demand than before. According to Everaerts about five years ago, the BFV cherry crop was about 1.3 million kg. "Now we are at around 2.5-3 million kg. That's risen significantly in a short time. Sales in Belgium are good. But we also export a lot to France, the Baltics, Spain, Scandinavia, and the Netherlands."

White cherries
Very little changes in the cherries' breeding pool, says Diether. The Regina has surpassed the Kordia in volume. "The Regina has become the most popular, productive cherry." More white cherries are being planted again on a small scale. "It's a niche product. The new Reinier variety is a popular white cherry that grows very large: around 30-32 mm.

"That's almost the size of a small plum. This promising variety is slightly less juicy than the dark cherries. But that makes its flavor unique." White cherries are mainly sold in greengrocers and the foodservice sector. "White cherries are actually something traditional that's been pushed aside in recent years. But, they're in demand again now," Diether concludes.