Afghanistan’s dry spring may affect production of some crops from Afghanistan, however the drought will not have significant impact on the apricot crop that has started in the warmer areas.

Afghanistan has a long history of growing apricots. While fresh apricots have a short shelf life and are typically too fragile for export from the remote regions of Afghanistan, farmers in these regions have expanded their tradition method to turn the saqi variety of apricot into a unique dried product called chapa namak, or apricot rolls. 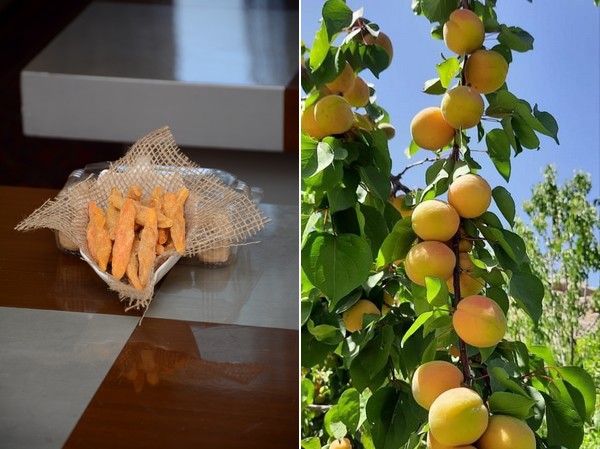 This specialty snack, often found at Afghan traditional festivals, is becoming increasingly popular in overseas markets. In an agricultural environment where Afghan farmers are seeking more profitable sources of revenue, chapa namak is proving a lucrative product, with hundreds of families now involved in its preparation.

The saqi variety of apricot used in the preparation of chapa namak is found only in the Bamiyan and Daykundi mountainous remote provinces. Fresh Saqi apricot is not being exported as it is a very soft fruit with short shelf life, which makes it unique for drying and chapa namak production. Saqi variety is grown in some districts of Bamyan and Daykundi province for now, and farmers are trying to spread it in other parts of the country that weather allows it. Farmers roll the apricots flat, and then expose them to a day of intense sunlight, then allow them to dry in a shaded place. The final product is a vivid orange rolled apricot with delicate flavor and sweetness. In the Kahmard and Saighan districts of Bamyan province, nearly 40 percent of farmers are now preparing chapa namak. The harvest time of chapa namak is only one month, it starts and ends in July, and is being processed until the end of season. 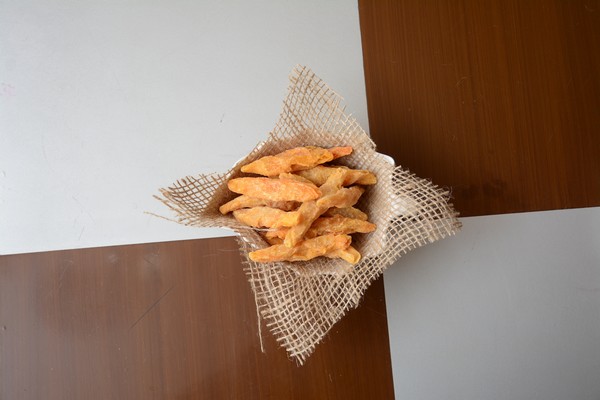 Haider Refat Ltd, an exporter and fruit processor based in Kabul, has 27 years of experience exporting dried fruits around the world. The company is currently seizing on the growing popularity of chapa namak—and finding eager buyers in unusual places. “Surprisingly, there is high demand for it in the U.S., India and European countries,” said Ahmad Shekib Refat, the company's vice president. "Demand in Russia is also unusually high."

He notes that while chapa namak is labor intensive, requiring considerable hours to prepare, the return is substantial, and worth the effort. “Chapa namak is a high-yield product for farmers," he said. " It is a unique product, and at the end of the season, we will have significant volumes ready for export.”

The growing popularity of chapa namak is part of an increasing overseas demand for dried apricots from Afghanistan. According to the Department of Agriculture, Irrigation, and Livestock of Bamiyan Province, the production of dried apricots in the province increased by 10% last year.