The Association of Banana Producer Organizations of the Canary Islands (Asprocan) –which represents 100% of the banana sector in Spain– has filed a complaint with the European Commission (Brussels) to obtain a solution to the situation they are facing due to the modification of the Food Chain Law.

The producers acknowledged that this procedure - which they presented on Wednesday - was the last recourse they have left to achieve the survival of the sector in the face of the application of articles. 9.1 c), 9.1 j) and 12 that establish the modification of the Chain Law. The Canary Islands banana sector is a key activity for agriculture, which, each year, contributes nearly 430 million euro to the islands' economy, and that represents a market of nearly 1,000 million euro per year in Spain. 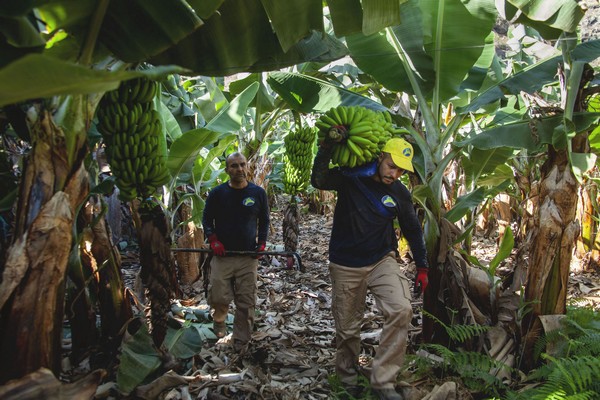 The complaint comes after more than a year in which Asprocan has been claiming to the Ministry of Agriculture, Fisheries and Food - headed by Minister Luis Planas - that the Canarian Banana be exempted from certain provisions of this law. Among other things, some of the law's articles will prevent producers from being able to freely negotiate the sale price of their fruit to compete with bananas from third countries.

After Luis Planas' visit to the island of La Palma, on May 14, the minister committed to working jointly with Asprocan to respond to the needs of banana producers.

The deadline for any amendment initiative is nearing
The sector and the Ministry of Agriculture exchanged proposals for weeks and all that was left was to fine-tune details. Suddenly, the Ministry announced it withdrew from any agreement. As a result, the Government of Spain has not presented any amendments relating to bananas.

On July 1, the Congress of Deputies gave the green light to the beginning of the procedure to process the modification of the Chain Law, so there are only a few days left for a possible solution to be negotiated.

Waiting for Brussels decision
Thus, the European Commission (Brussels) will be the one that must pronounce itself and decide on the next steps of a procedure aimed at investigating the Kingdom of Spain's possible violation of European Union law.