Breadbox gets its own terminal

Refrigerated container shortage leads to scaling up of reefer service

The Dutch export onion season begins in August. That's when things get hectic at Breadbox Shipping Lines. This shipping company offers direct charter services from Vlissingen, in the Netherlands, to Dakar, in Senegal. This is promising to become an unusual season. 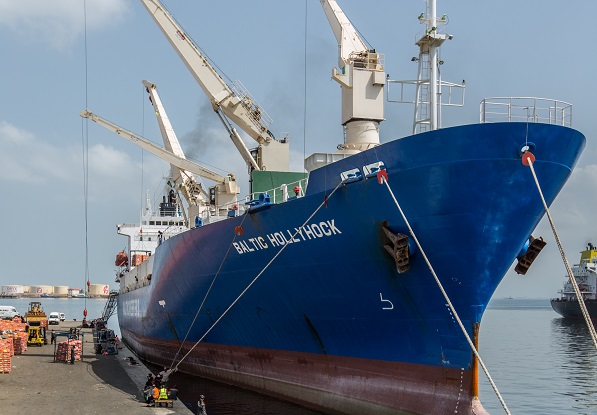 Breadbox Shipping Lines specializes in sailings to West Africa. It has a fleet of 15 vessels. They own some and charter others. "We offer two dry cargo services - reefer and various multipurpose liners - from Europe. We sail mainly on the West African coast," says Breadbox director Joris Bakker.

He began shipping onions and potatoes by reefer ship from the Netherlands to West Africa 20 years ago. The onion sector began complaining about high reefer container shipping costs. Joris was sure things could be done differently and that using reefer ships would be cheaper. The first chartered ships left from Vlissingen for Banjul in The Gambia. Later, other ports were added.

These included Nouakchott in Mauritania, Abidjan in the Ivory Coast, and Dakar in Senegal. Dakar remains the leading destination. Annually, about 100,000 tons of onions go to this port via Breadbox. "We're now entering our 21st season, and I dare say this year's going to be a special season. We usually have a direct sailing from Vlissingen to Dakar every ten days. This year we expect to sail out every week. This has everything to do with the major reefer containers shortage. That could benefit us," Joris says.

Increasing demand for reefer shipping
He thinks demand for reefer shipping will rise sharply. At the time of writing, in early June, he indicated that interest was increasing by the day. "Existing customers are already making reservations. And we anticipate that onion packers, who normally ship their onions by container, will now prefer refrigerated ships. We're well prepared and are looking forward to getting cracking when August comes around. Breadbox will do everything possible to get Dutch onions to Dakar on time and under the right conditions."

Besides the conditioned container shortage, reefer shipping has more benefits, he says. Loading pallets of onions into a reefer is not only quick and easy, but the transit time is also shorter. Breadbox's direct connection means reefer ships arrive in West African within five or six days. They also dock directly at the quay. Handling, which is usually pricey and time-consuming, is also faster. "The cargo is immediately unloaded upon arrival. So, recipients can pick up their products immediately. The onions will be on the market 30 minutes later," explains Joris.

Skirting port by having own terminal
He's seen the port of Dakar get very hectic over the past 20 years. That causes chaos and logistical problems in the city. "Something really has to change. In fact, we could no longer justify entering that port with our onions. Not when you consider the huge amount of space we use during the onion export season. To spare the port and provide customers with better service, we invested in our own terminal."

The DMT terminal is near the harbor and is a storage and transshipment facility for Dutch potatoes and onions. This coming season, they will put the new terminal into use. It has a total area of 30,000 m2. Of this, 10,000 m2 was prepared for the first season of onions. They'll add another 10,000 m2 next year. Bakker adds that a canopy of some 6,000 m2 will also be erected to protect the product from rain and sun. 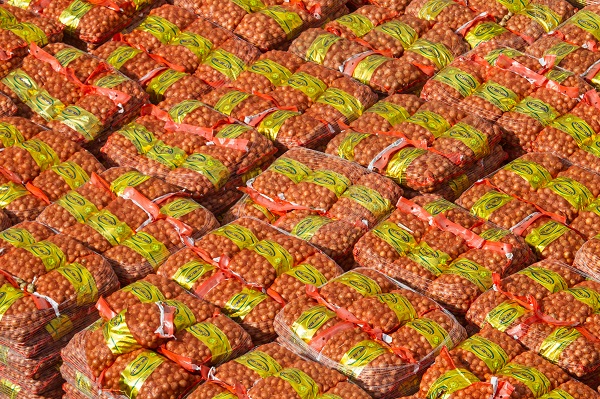 And later, facilities for potatoes, for example, that need to be cold stored in Africa may follow. "Initially, however, our entire focus is on handling the large quantities of palletized onions. This terminal will greatly improve our efficiency. The onions will be shuttled from the ship directly to the DTM terminal under customer escort. Importers can collect their products there. This benefits the whole logistical process."

"For handling, we work with an agency, Istamco. We've developed a solid relationship with them over the years. Relationships are hugely important to do well in the African market." The Breadbox director says a lot has changed in the port of Dakar in the past two years or so. And that's much needed, given the increased activity and pollution. Quays are, for instance, being privatized, and a new port is currently being built south of Dakar. This 'Port Du Future' will focus mainly on bulk and container ships.

Keeping it moving
This Vlissinger-Dakar charter service is no longer this shipping company's biggest. Yet, Breadbox Shipping Lines still considered onion shipping a top priority. "It is five to six months of incredibly hard work. We then hire the largest reefer ships. A small vessel can easily ship 5,000 tons of onions and a big one about 7,500 tons."

"Those are considerable quantities. We also sometimes hire extra reefer containers. We do everything we can to keep the entire logistical process in constant motion. Then, the ships don't have to wait. That's why having our own terminal is so important, to be able to work even more efficiently. We're clearly ready - let the onions come," Joris concludes.