New Jersey is underway with its blueberry season which is meeting strong demand for the fruit.

“The quality is perfect right now. We do have some hot weather coming so that could change. The berries can get soft with heat and if they’re not picked at the proper time in the morning, softness could be a problem. But right now it all looks really good,” says Bob Donio of Frank Donio Inc. based in Hammonton, NJ. He adds that to contend with the incoming heat, picking ahead is possible, but only to a certain extent. 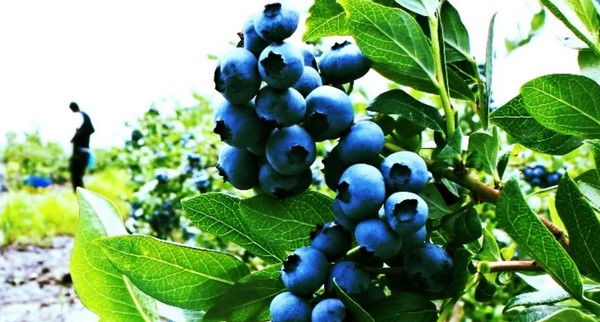 The New Jersey season began about a week earlier than normal given the warm spring the state experienced. And when it wraps up of course largely depends on weather. “We could continually pick until the end of August but that’s never the case because it gets too hot and the product gets soft. Then we’ll pick with machines and go to processing with them and our fresh market will be over. We tend to wrap at the end of July,” says Donio, adding that the strength behind Jersey blueberries is that the fruit is indigenous to New Jersey. “The ground and soil are just natural for blueberries here. Western growers have to manipulate their grounds to grow the right product but we don’t have to do any of that,” he says.

Competing with New Jersey is Michigan soon on blueberries. But right now the garden state has a window of opportunity. “North Carolina and Georgia might still have a little bit of fruit but their quality is not good. Most of the country is coming here for fruit,” says Donio. “But this only lasts another week or so and then Oregon and British Columbia will start for out West and Michigan will start in about a week.” Given the heat wave as well that’s currently hitting the West Coast, Donio notes that if that interferes with picking blueberries or the fruit gets too soft to come out East with it, it could make the market better.

Meanwhile demand is strong for the berries, particularly going into the 4th of July holiday. “Usually after the 4th it slows down a little bit into the middle of July but right now, it’s really good demand,” adds Donio.

That said, pricing on blueberries is average unlike last year which saw much higher prices.