On the way from the grower to the shelf, everyone takes a bite

The prices of summer fruits are especially high this year, and some are sold for tens of shekels per kilogram. Vegetable prices have also skyrocketed, which has stirred up the debate again: who is to blame for these prices?

The parties involved in the process – from the grower to the plate of the consumers – throw accusations at each other. The State Comptroller of Israel has addressed the issue in a recent report on the cost of food in Israel, which devoted long chapters to fruits and vegetables.

For instance, the following disturbing figures cannot be ignored: food prices rose in real terms by 2% in 2012-2020, while vegetables and fruits increased by 17% in this period. The biggest jump was in 2018  when there was a 12.8% increase in the fruit and vegetable price index; In 2020, the index rose by 4.4%, while the food price index actually fell by 0.6%. 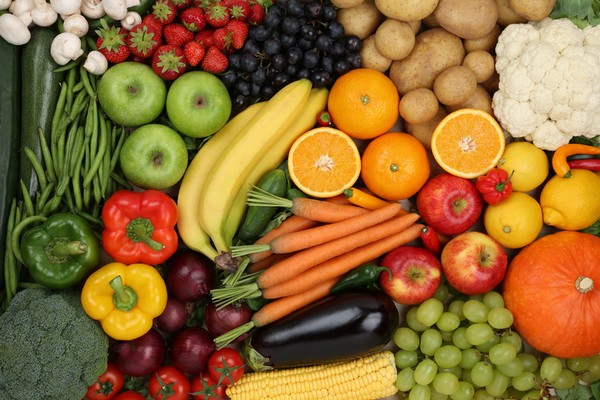 "The most profitable department in almost all networks"
Farmers tend to say that the big retailers are oppressing them and "making a buck" at their expense. The chains, for their part, claim that without them, prices would have been much higher and that farmers sometimes create a deliberate shortage in order to raise prices and block imports.

The financial reports published by the retain chains show that retailers do often make more money on fruits and vegetables than on other products they sell in supermarkets. Not all public chain stores report their profitability by department, but for those who do, the fruit and vegetable department is usually the most profitable.

"Our gross profitability on fruits and vegetables is high because we buy directly from the farmers, so our depreciation rate is low," says Eitan Yohannoff, one of the owners of Yohannof, an Israeli supermarket chain. According to him, the situation is not unique to the chain he manages: "In almost all chains this is the most profitable category, but it should be remembered that discount chains like us offer attractive prices to consumers."

Direct purchase increased
The need for a more economical solution for farmers and consumers led to a boom in direct purchase from farmers, online, and in farmer's markets that even intensified during the corona period. "I estimate that sales in direct agriculture account for about 5% of all fruit and vegetable sales in Israel. In the US, the numbers are already around 30%, and I expect that in a few years this will be the number here as well," says Avi Malka, a former network owner, and current manager.

"The country has abandoned farmers"
Despite the debate, there is one thing that farmers, marketers, and retailers agree on the state’s to blame for the high prices of fruits and vegetables. "Two weeks ago I was almost broken by it, I do not stop to see greenhouses empty of crops and farmers who don't have a successor because their children do not want to enter this field," says Noy Hadas, owner of Ori Hasadeh, which sells direct agricultural produce. "Only when there is no agriculture here will they understand the magnitude of the disaster. In corona, everyone was happy that there are fruits and vegetables here while in import-based countries, like Dubai and Iceland, tomatoes were sold at 100 shekels per kilogram – but the state does not support agriculture."

According to Rami Levy, owner of Rami Levy Sycamore Marketing, "The state is to blame. If there is a shortage of goods and farmers sell at high prices, the state should open the market to imports – and if farmers have no money, then the state will finance them. The current situation is that consumers finance everything."

However, according to the Ministry of Agriculture, there are high tariffs on imports already. The Ministry of Agriculture said that most countries in the world, especially the developed ones, protect domestic production through high tariff rates and direct support for farmers and producers. The auditor also turned the spotlight on the high tariffs imposed on fruit imports. As a result, imports of fruits such as lychee, pitaya, and mango are negligible.