"The demand for fruit and vegetables is doing nothing but increasing," says Gerard van den Bos. He's co-owner and director of the Dutch transport company, BosDaalen. It's less than six months since Cargoboss and Van Daalen Transport merged. 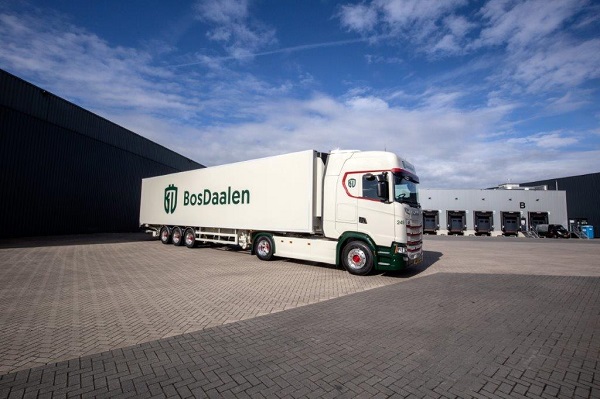 Gerard and his partner Aris van Daalen, however, strongly believe BosDaalen can maintain a high-quality service. That's thanks to all the innovation the business is undergoing.  Every day, the company transports fruit, vegetables, flowers, and plants. That's to and from the Netherlands, Germany, Switzerland, and northern France. They do both groupage and whole freights.

"During the pandemic, we, of course, supplied more supermarkets than markets. But that's righted itself, and demand continues to increase. The demand for flowers and plants has also climbed, especially in the supermarket segment. Prices are higher than usual, and there's sometimes insufficient product." 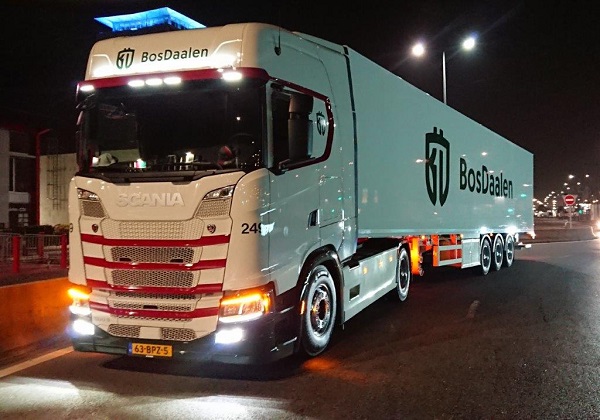 New web portal
After the merger, BosDaalen began implementing various forms of digitization. For example, Gerard and Aris want to bring more transparency to their customers. "What we deliver can now be found in our new web portal. By accessing BosDaalen's web portal, you can place orders. You can see what time a shipment was offloaded. You'll find the delivered CMRs and delivery notes too," explain Gerard and Aris.

"And you can oversee the placed orders' different statuses. If you log in with us now, you get a clear overview of orders, reported pallets, and unloading times. That's vital for transparency. Several employees are working very hard to customize this for our clients," According to the two men, this is a real asset for customers. "You're good to go within an hour."

More innovation
The company wants to get started with another system next. It must allow BosDaalen to process orders automatically. It reads in PDFs and automatically translates them into transport orders. BosDaalen is also busy implementing Nastrax. This new system automatically reads the loading docks' temperature and humidity.

Technicians are now installing these, says Gerard. "That provides visibility, 24/7. All our loading areas are also equipped with TRS cooling motors driven by the truck engines. That'll reduce our CO2 emissions by 1 million kg per year. And, we're investing in new vehicles. We'll have 20 new trucks by 2022." 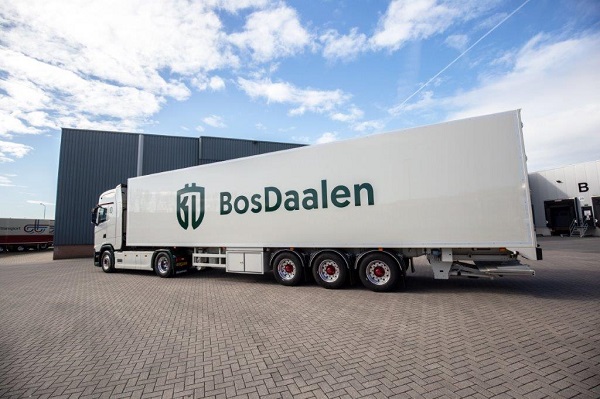 'Our guys'
BosDaalen now employs some 340 people. "But there's an unexpected scarcity. We employ both Dutch and foreign drivers, and we provide good accommodation for them. We have two hotels. Well, you can't really call them that. They're driver accommodations. There's one in the Netherlands and one in southern Germany. Our guys can stay there. The pandemic didn't affect us, but it's made things a little difficult. This virus is quite something," Gerard concludes.