Canadian cherries move back into the French market

For the first time in five years, France will allow Canadian cherries back into the country.

In those five years, France hasn’t allowed the stone fruit in due to the approved use of dimethoate in Canada, regardless if Canadian growers avoid using it. However France’s administration said the European Union’s regulation lowering the MRL for dimethoate on cherries was published May 27, 2020 but came into force on December 16. It added that in view of the measures taken at the EU level, there was no need to review this French emergency measure. 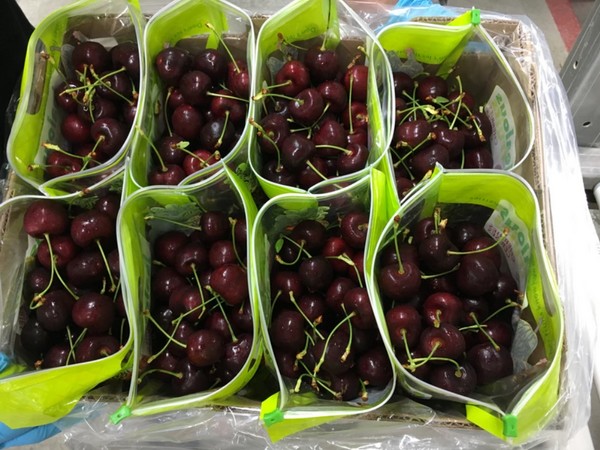 In five years, France hasn’t allowed the stone fruit in from Canada due the approved use of dimethoate in Canada, regardless if Canadian growers avoid using it.

In those five years with Canada out of the picture, Robert Borley at AMS Export LLC says it sought late-season cherries from regions such as the United Kingdom and Denmark. “We have had some success with later regions in the UK which complements the end of the covered production in Belgium, but most of the success is from Denmark,” says Borley. “Our Danish supplier has hydrocooling facilities and can produce premium varieties late season into August, particularly this season where the cold spring has delayed harvest.”

Affecting demand?
Borley adds that allowing Canada back in may have some--but likely only minimal--affect on these growing regions due to there still being an increased risk with MRLs set to limit of detection and pressure on cost prices. “However, Canadian cherries can extend sales through September for customers who value this,” he says. 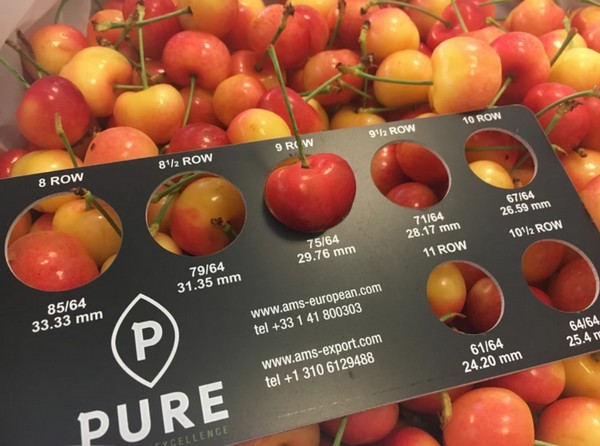 In the 2021 Canadian cherry crop, some sugars are just shy of 20° brix already but the ongoing weather and sunshine will dictate sugars.

What kind of reception the fruit will see is to be determined. “There has been less demand for high priced imported cherries after August 15th in France. Sadly we feel the days of shipping multiple LD7s per week to our sister company in Paris may have passed, as has the desire to risk storing product or shipping full sea-freight loads,” said Borley. That said, thanks to France’s own cherry production which was almost destroyed by frost, there may be higher demand for higher priced cherries later on in the season. “Let us not forget the free trade agreement between EU and Canada means there is no tariffs to be paid, something France never benefited from till now,” Borley adds.

To meet that demand is a Canadian cherry crop that’s better than 2020’s. Some sugars are just shy of 20° brix already but the ongoing weather and sunshine will dictate sugars.

Early July entry
Borley notes that early season cherries have started harvesting in the south of the Okanagan Valley in Canada and began arriving in Canadian markets mid-June. “We expect export production to be ready early July,” says Borley, noting there has been rain in June which followed a dry April and May.

However, recent temperatures in Kelowna, BC have been up around 46°C daytime/over 30°C at night. Some growers had covered crops to protect against the heat, but that only accounts for a small percentage of the crop. (One of AMS’ Rainier cherry growers used covers which makes AMS hopeful to have Rainier for mid-July to the beginning of August.) 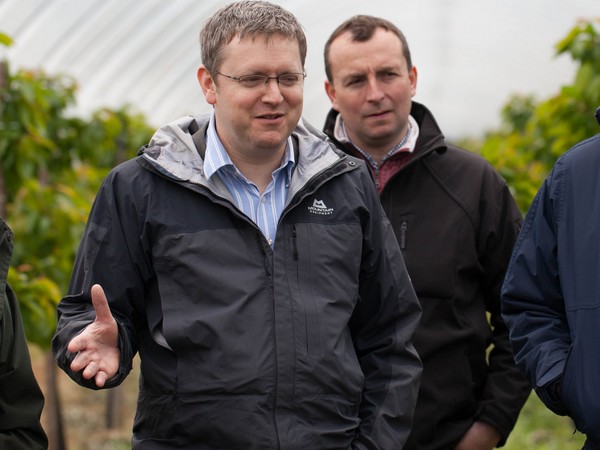 Canada already experienced a mini heatwave at the end of May and many early varieties suffered in this current, more intense heat. Coming rain will be welcomed and help bring temperatures down, but the early cherries will suffer further and there are concerns about a July heatwave and how collectively all of this has affected immature fruit.

The sizing was looking small this season and with this heat, it may be further affected.

Concerns over shelf life
Altogether, this means the shelf life of cherries is likely to be affected for many orchards. Sea freight availability may be further reduced due to increased risk.

Meanwhile back in Europe, Denmark’s June drop has been high in some orchards and varieties which could make for good sizing and in turn recover some of the lost yield. This despite the coldest April for the country in 60 years. “Increased production with our grower in Denmark should also aid good availability after the cold and frosty spring,” says Borley. “The season in Belgium is also later than usual, but recent warm weather may speed things up. Belgium is starting in earnest early July.” The country will move on varieties such as Kordia and Regina and should finish later than usual--possibly early August. 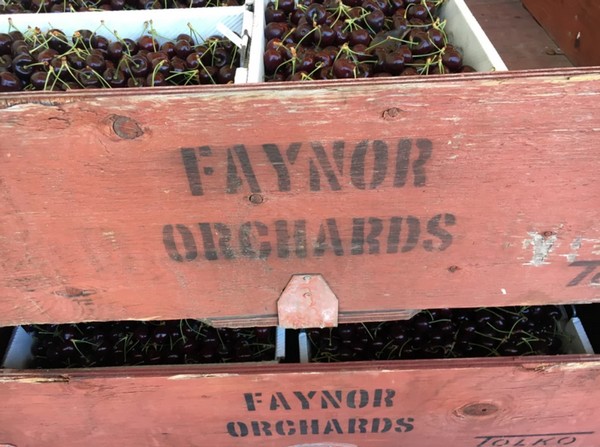 Export production of Canadian cherries is expected to be ready early July.

At the same time Spanish production should finish late this month and France’s limited volumes will go until mid-July. The UK is also in production but focusing on their own retailers. “We feel Denmark and Canada will have a big role to play in August, maybe early September,” says Borley.