Global logistical problems (which still persist today) have not slowed the growth of avocados down. Despite the new scenario generated by the pandemic and the challenges this has posed for world exports, the product hasn't stopped reaching consumers, and in this last year, the demand has continued its upward trend, again making it clear that the peak has yet to be reached. In fact, the export figures of the main producing countries (led by four Latin American countries) confirm the growth of shipments to international markets in 2020. The Dominican Republic is currently the world's second largest producer. 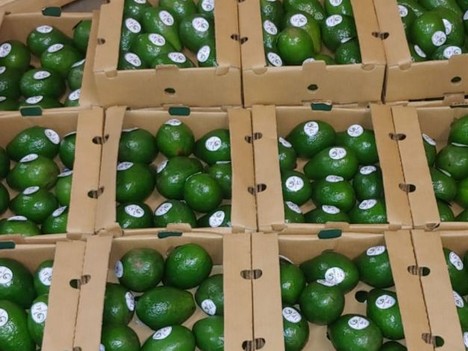 "At this time, air logistics is slowly going back to normal, but before all this, the Dominican Republic was paying a transport price of 60 cents. After having risen in this last period, it has remained at between 1 and 1.05 Euro, which represents a fairly significant increase. Worldwide freight rates have also risen, especially due to the fuel issue. We have clients from China in other sectors and while it used to cost $4,000 at the most to bring a container from China to the Dominican Republic, now it costs between $11,000 and $14,000. It is a massive increase," says Alejandro Ruiz del Portal, general manager of Grupo Yazik. "Also, shippers are failing a lot at the moment, at least those departing from the Dominican Republic. We have already lost 9 containers and 6 of them due to problems 100% attributable to shipping lines and freight forwarders," he says.

Alejandro Ruiz del Portal, a native of Malaga, Spain, founded Grupo Yazik, which also has Venezuelan partners. The company is specialized in the export of fruit to different markets worldwide, with avocados and mangoes as its main products. Numerous varieties of the fruit are grown in the country all year round, with the production of green-skinned tropical avocados standing out the most. These are not the most popular locally, but they are in high demand internationally in multiple markets, including Japan. The latter has been a result of the Dominican ambassador's direct efforts in the country, which have led to a market niche opening for this fruit for the next season. However, given its perishable nature and quick ripening, shipments to markets further away from the island strongly depend on having access to adequate logistics.

"In Japan's case, shipments are made by air; however, when exporting to any destination for which the transit time exceeds 5 days, we ship our avocados in controlled atmosphere containers, which sets us apart from nearly 95% of the competition," says the general manager. "It is considerably more expensive than a reefer, but it gives us great peace of mind and makes us more reliable for our customers."

The avocado sector is undergoing extensive development. According to Alejandro Ruiz, the demand for both the product and its by-products continues to increase. In addition to frozen or processed fruit and ready-made food products, there has been significant growth in the production and marketing of avocado oil. 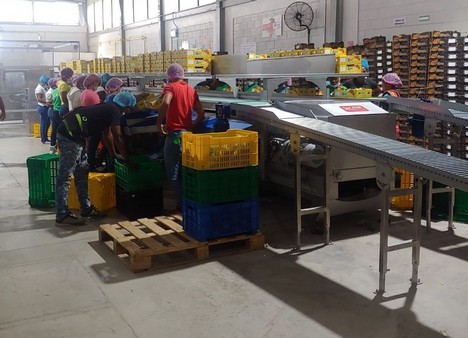 Notwithstanding its magnitude and potential, the avocado market is still very much focused on fresh fruit and, within this segment, on the hugely popular Hass variety. "In the Dominican Republic, Hass avocados account for about 20% of the production, but with new plantings of this variety underway, the total volume is expected to increase significantly. Everyone wants to bet on the winning horse, and it is certainly the best-selling avocado, but it is also true that with the Hass, there is a lot more competition," says Alejandro. "Today there are many large producers of this variety such as Peru, Chile, Colombia, Guatemala, Mexico, Kenya or South Africa."

"We are also involved in this 'Hass war', but in a different way. I have found myself in the situation of being offered more money when my containers arrived at port. However, if there is something that characterizes us at Grupo Yazik, it is that we stand by our word. Even if the market prices have soared by the time of arrival at the port, we stick to the price previously agreed with our customers. If we had taken part in the war, we would be mercenaries," says the general manager jokingly.

Keitt mango campaign begins
The company ships its fruit through programs to large importers in Central Europe, North America, Russia and Japan. In the latter two, Grupo Yazik's fruit arrives by air. "We are specialized in mangoes and avocados, although we also work with other products, such as pineapple or ginger, on a smaller scale with those customers with whom we have a commercial relationship with our flagship products." 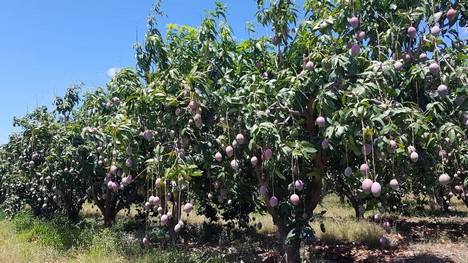 This year, the company has exported around 150 containers of Dominican tropical avocados and there is an upward trend, says Alejandro. "Our goal in 2022 is to ship between 250 and 300 containers of avocados from the Dominican Republic, with between 30 and 40 of them corresponding to the Hass variety, both conventional and organic." In fact, the company is the second one in the country to have been granted the organic certification for its avocados.

"This year, we are going to start with the organic mango campaign and now we will begin with the Keitt mango season, with the prospect of shipping about 100 containers," he says. "As a novelty, we have been the first company to export a container of Mingolo mangoes to Spain, specifically to Malaga, where it arrived a couple of weeks ago. It is a mango that has always been sent to Canada and the United States, and this first shipment has been very well received."