Due to interpretation of a change in European sanitary regulations

Between 180 and 200 containers of pineapples, cassava and chayote from Costa Rica and Colombia are being held at the Port of Algeciras, in southern Spain, due to changes in the way EU sanitary regulations, such as the European Parliament's regulation 1333-2008 on food additives, are being applied. 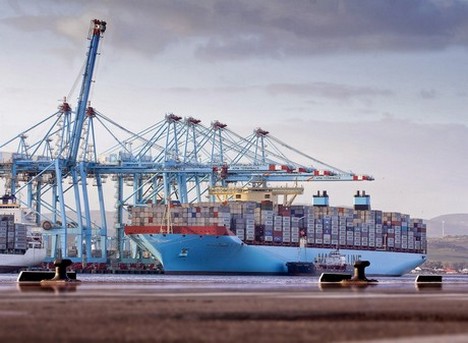 The European Commission requested a strengthening in the controls to these products to verify that they effectively complied with the European Union regulations, consequently establishing new procedures. However, the strict interpretation by the Department of Foreign Health of Algeciras of the EU rules regulating fruit coatings caused the rejection of many containers, leading to a chaotic situation in the port's cold chain logistics.

"Overnight, we were required to indicate whether or not the products had any additives, providing the corresponding technical data sheets," says Luis Ramos, of the customs agency and logistics operator Partida Logistics. "The first thing we did was to inform our exporting and importing customers of the situation, but we did not receive any instructions on what documentation to submit or how to proceed to resolve it."

The main issue is some kind of paraffin in cassava and protective waxes in pineapples that are not authorized by the EC. "We are perplexed by this situation because we are talking about Central and South American companies that have been exporting these products to the EU for many years."

In order not to fail to comply with regulation 1333-2008, a moratorium was requested so that customers could be informed about what documentation should be added or what to do to solve the problem. "A few days later, the deputy director general of Foreign Health presented a proposal for a two-month moratorium, which the European Commission appears to have rejected. The health inspectors were not sufficiently informed, and since these substances were not approved because they were not registered in the European Union, the entry of the containers has been refused. This has been done without any explanation as to whether those products could have any impact on public health or with any other indication."

This uncertainty is leading many of those containers to be diverted to other European ports, especially to the port of Rotterdam, while the goods in other containers are being destroyed.

"In the letter from the Department of Foreign Health they tell us what documents we must present, with the exception of the inspector's request. How can a regulation be applied to an inspector's request? This is an incongruity. Moreover, this regulation should be applied in the same way in any port in the European Union, and with clear instructions," says the professional.

"Exporters and importers are experiencing an unusual situation in Algeciras. We remain in contact with them to inform them of the few relevant news that arrive. This situation could have been solved earlier. Much damage is being done to the sector and to the image of the Port of Algeciras, which had managed to become a preferential entry point to Europe for fruits and vegetables from Latin America."