Transition from Mexico to California on grapes could be bumpy

As California moves into its grape production, the industry is seeing a challenging transition from the Mexico season to California’s.

“This year is probably the least smooth we’ve had over the last few years,” says Mike Asdoorian of Fresno, CA-based DLJ Produce. He notes that miscommunications over harvest volumes mean quality control representatives in Mexico are reporting emptier than anticipated cold storages of grapes. “Some are only operating at 20-30 percent capacity right now. In the past they would have been stocked full of fruit to the rafters,” says Asdoorian.

That said, it may be movement behind those emptier storages. “We’re hearing from USDA area in the area that crop volume isn’t off the initial estimates of 21 million packages, but that they feel like movement is good and keeping the crop moving,” he says. 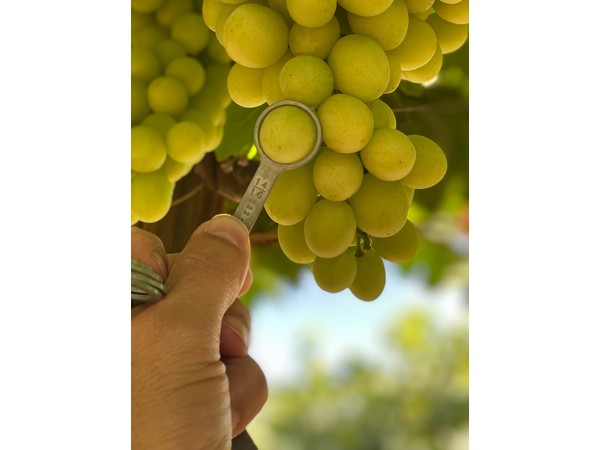 Mexico’s premium varieties
With California production just getting started, Asdoorian says it might pressure Mexican growers to harvest premium varieties left to go including Jack’s Salute, Krissy and Sweet Globes that are finishing this week in Mexico. For DLJ, it will finish its Mexican Razzle Dazzle grapes this week and possibly early next week says Asdoorian, adding that Razzle Dazzle alone is seeing double digit growth in the grape category. “The increase in sales in our Razzle Dazzle program is due to a focus on premium quality, as well as promotable regional exclusivity,” adds Asdoorian.

As for California, while some growers have begun harvesting, early next week more fruit will begin to come out of Arvin, CA and Asdoorian notes the early overall crop estimates look similar to 2020 in size.
“Quality seems to be good so far this year in California,” he says. “We’re fighting issues such as a heat wave last week. Initial reports are that the 110s and 112s are going to see some heat-related damage. It’s still early on preliminary reports but there is some damage on green seedless such as sunburn, some raisining, etc. There shouldn’t be a drastic impact to the crop.” Instead, he anticipates it to bring some some early volumes down somewhat.

The season will begin with Flames and Sugraone red and green grapes from Arvin which will go for two to three weeks until DLJ moves into premium varieties. “We may start seeing Scarlet Royal out of Arvin but likely not until the end of July or the beginning of August. We do like to be in premium quality fruit with packing by the end of next week or the week of July 5th,” he says. 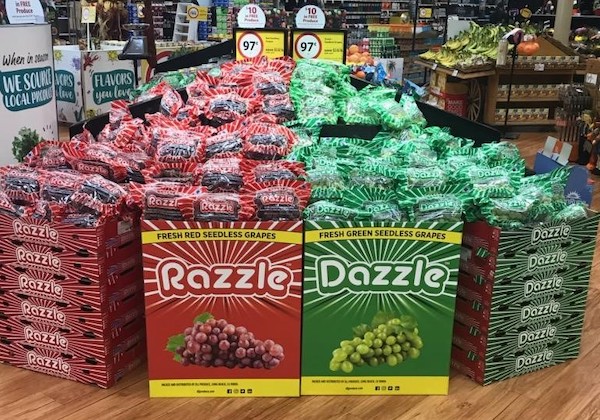 Varietal notes
He also notes that given the proliferation of new grape varieties over the past decade, growers continue to pull out what are considered some of the older varieties in rotation such as Flames, Crimsons, Sugraone and Princess and be replaced by varieties such as Jack’s Salute, Allisons, Ivories and others. “There are certain varieties growers have under their belts now and they’re favoring those a little bit more than others,” says Asdoorian.

As for demand, while Asdoorian anticipates demand to be good for grapes, overall he notes the category is somewhat stagnant. “It’s not decreasing but it’s not gaining much market share,” he says. That said, with foodservice outlets continuing to reopen across North America, that will see the return of some opportunities. “It can only be a positive for the California grape crop because it’s another pipeline they’ll be able to fill,” he says.

Meanwhile on pricing, Mexico is finishing up with higher than anticipated FOBs, especially on premium varieties. “I’m surprised it’s finishing as high as it is which I worry could create a long market out of a short market at the end,” Asdoorian says. California however seems to be trending price wise similar to historic levels.

That said, pricing this year needs to incorporate the significantly increased input costs that growers of all commodities are reporting. “There’s exponential growth in material costs for example--pallets that used to be $7 are now $30 to $40 and what used to be a $2,000 truck is now a $3,000 truck,” adds Asdoorian.