Slower start but strong quality on Northwest cherries for 2021

“When you’re growing cherries, you’re one of the first summer fruits available and riding that edge of the storm.”

So says James Michael of the Yakima, WA-based Northwest Cherry Growers and the statement certainly applies once again to Northwest cherries following its 2021 growing season. "We had a nice cold winter, but we had some drops in April after it warmed up when the temperature dropped 60 degrees Fahrenheit or so at night and it got down below freezing,” he says. “It trimmed some of the crop off. There’s been a little more wind and rain than we’ve had in some years.” 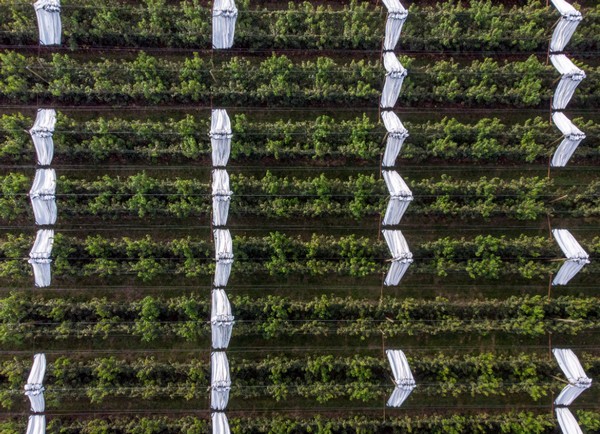 That wind also challenged the pollination process during the growing season. “Even if the wind subsides quickly and you have great bee weather following that, the viability of that pollen will decrease in the wind. I think we have a little bit of a diminished fruit set this year, certainly in some orchards where there’s a lot of high wind such as Mattawa and Desert Aire,” he says.

May temperatures too
And then came May. While the temperatures dropped down into the 70 degrees with some added wind and rain, Michael says its early season cherries were pretty well protected.

That said, the cherry crop does look better for 2021 than it did last season. While it’s well off its record of 26 million boxes produced in 2017, this season’s projections have been adjusted to 22.4 million. 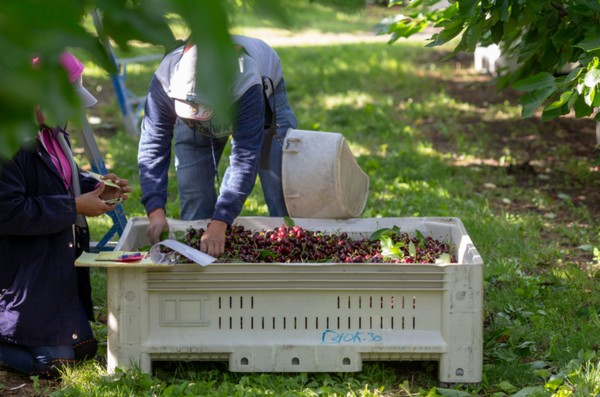 In terms of getting the season underway, the cool weather both delayed and slowed the start of Northwest cherries. “It takes 10 days for the Northwest to get going and get up to full speed. We were expecting to be on the slower side of that start up and then the cool weather just slowed that down,” says Michael. “The challenge for us was economics and logistics. As California winds down its crop, retailers want to move in and have a strong start for cherries. We were looking to start the last couple of days in May but our timing got pushed back by four to five days.” For growers, the weather also limited overall volume in the orchards.

Sizing coming on
That said, reports of quality are strong with dark colored cherries with good sugars. “Sizing on early fruit was a bit of a challenge. They didn’t size up like we’d hoped for,” says Michael, noting early Chelans were sizing up but that slowed with that cool weather. “But in the early season, growers are transitioning to Bings and most of those are in the typical range. It’s a bit divided--some growers have larger fruit than normal while others have smaller fruit.”

The yellow cherry crop also looks to have a stronger 2021 season following 2020’s supplies which were short by approximately one million boxes thanks to wind storms blemishing the fruit. 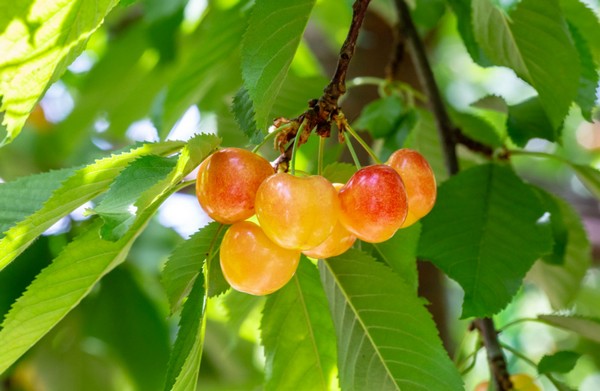 That said, with the prevalence of optical sorting in the industry, there should be much greater uniformity in prepacked bags and clamshells this season. “Even if the cherries are a bit smaller, the consumer is seeing that uniform pack. When they get a pack of 7.5 row or 11 row, it’s firm, crunchy, sweet, good flavor and color but because there’s that consistency in appearance and quality, it’s still a good eating experience,” says Michael.

Focusing on health
As for pricing, it is stronger to date--a trend Michael hopes continues. “The crop volume is down and most growers aren’t looking at a full crop. When you take into consideration rising input costs, pricing needs to be stronger,” he says. To encourage movement of cherries, the industry is also putting greater emphasis this year on the health benefits of cherries--a move growers of many commodities have made following the pandemic and the increased interest in heathy eating. 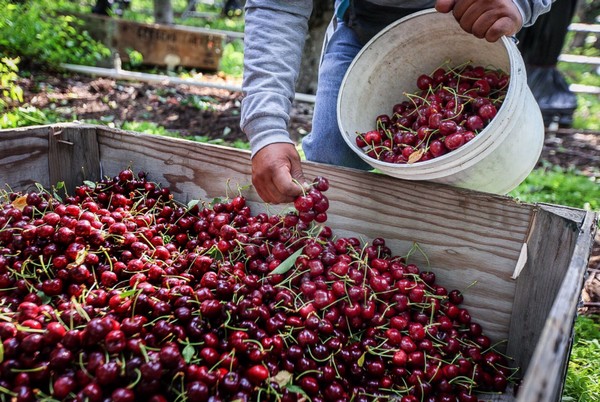 Looking ahead, Michael says it’s still expecting a long season. “There’s a really good spread between our early and late districts. Even though the majority of our crop will have shipped by the end of the first week of August, there’ll still be growers picking all the way through the end of August this year,” he says.