The demand for corrugated cardboard has exploded in recent years. Were it up to Henk de Jong, the first corrugated cardboard would have rolled off the machines in a new factory this month. He owns De Jong Verpakkingen in the Netherlands. But COVID-19, nitrogen, and PFAS threw a spanner in the works. These caused a considerable delay.

Recently, the new building's first pile was driven into the ground. "We're pleased that we can move forward now. We currently have to turn customers away because of the high demand. That doesn't feel right," says Henk. 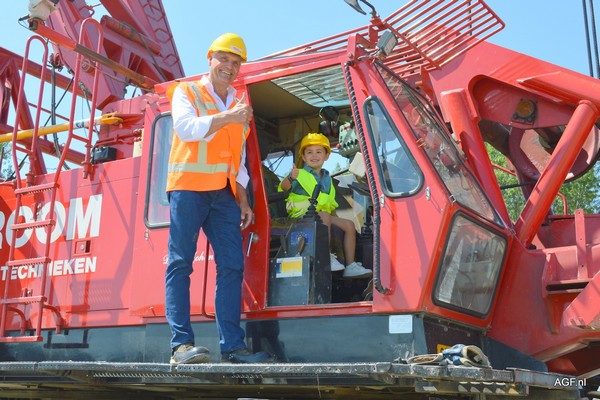 Well begun is half done.

Using corrugated cardboard for packaging has been increasing for years. Recently, its use in e-commerce has also skyrocketed. That's because many web shops want to use a material that's 100% recyclable and renewable. De Jong Verpakking supplies the food and non-food, fruit and vegetable, floriculture, and e-commerce sectors. They produce more than 600 million pieces of corrugated packaging annually. Their customers are in the Netherlands, Belgium, Germany, France, Great Britain, and Ireland. 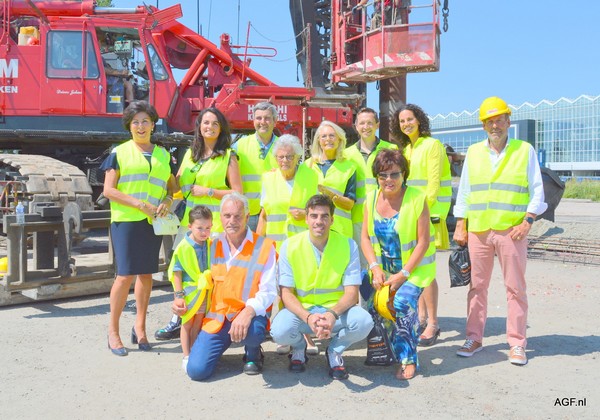 The new building
The new, sustainable building will cover more than 85,000 m2 over two floors. The site will be used for production, storage, distribution, and offices. There's a growing demand for corrugated packaging (driven among other things by e-commerce). And a need for more efficient land use. These two factors form the basis for this innovative project. 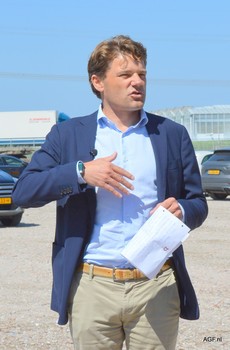 Sustainability and energy consumption are important focal points in the design. There will be 2.6MW of solar panels on the roof. The residual heat from production will be used optimally. And there's an ongoing e-boiler project. 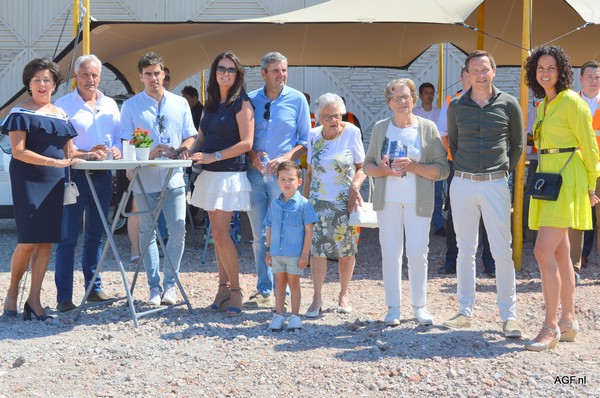 It was an extra-special occasion for the De Jong family. The business celebrated its 25th anniversary too. 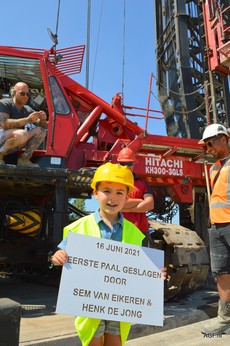 The new building will be constructed adjacent to De Jong Verpakking's current building. Demolition began in September 2020, and the site was made construction-ready. Now, the building begins. In the coming months, 2,500 piles will be driven into a floor area of approximately 56,000 m2.

The production warehouse will be on the ground floor. It'll be connected to the current warehouse. The first floor will house a distribution center and a large car park. Trucks will be able to reach the first floor via a ramp. Completion is planned for the end of 2022. 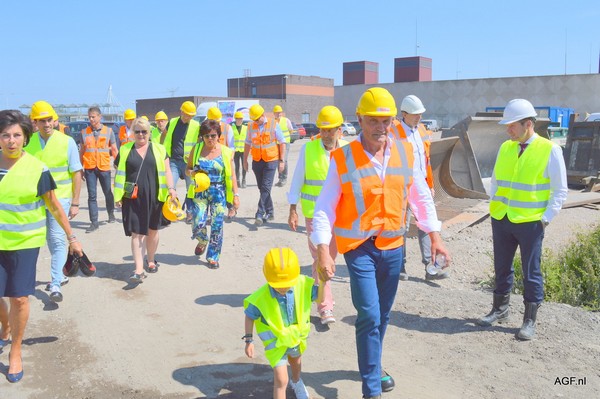 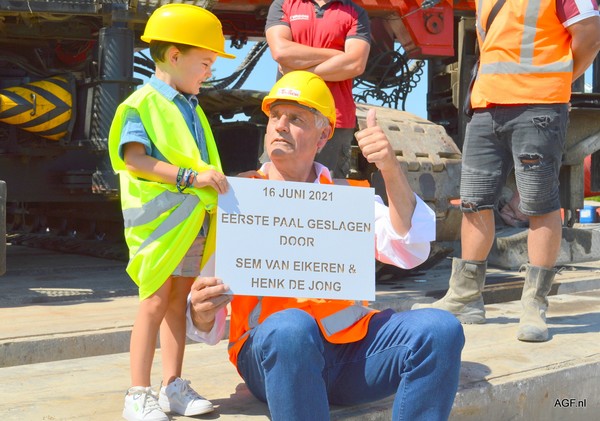 We'll do it together, Grandpa! 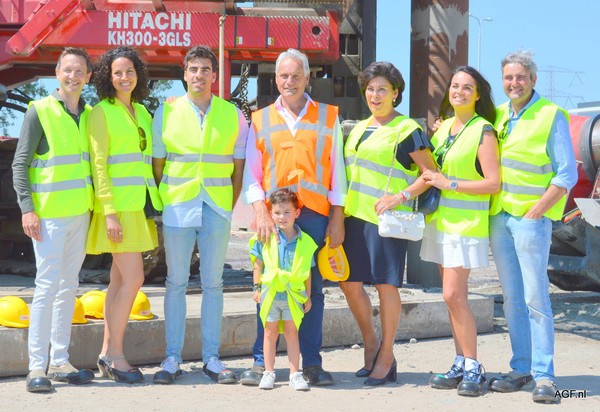 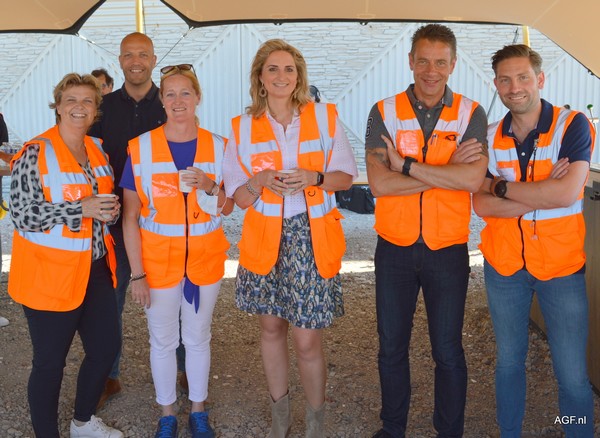 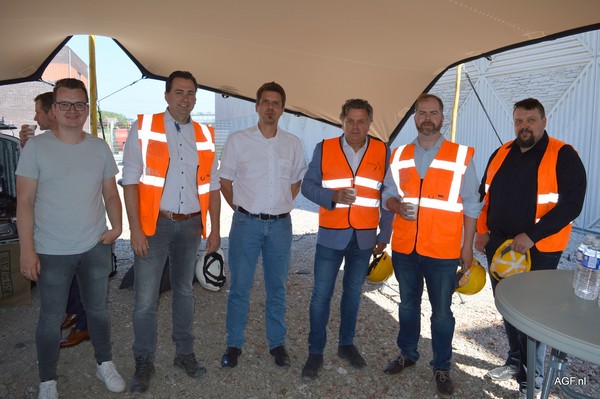 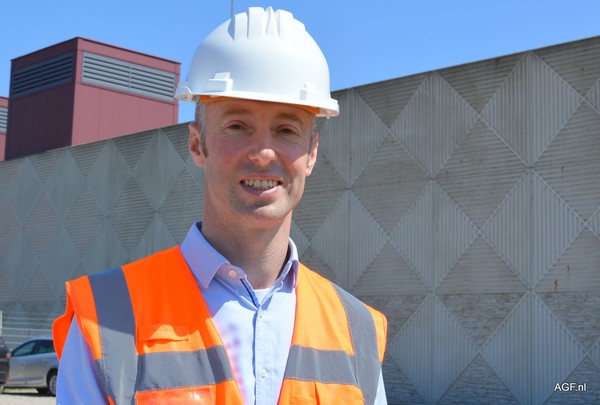 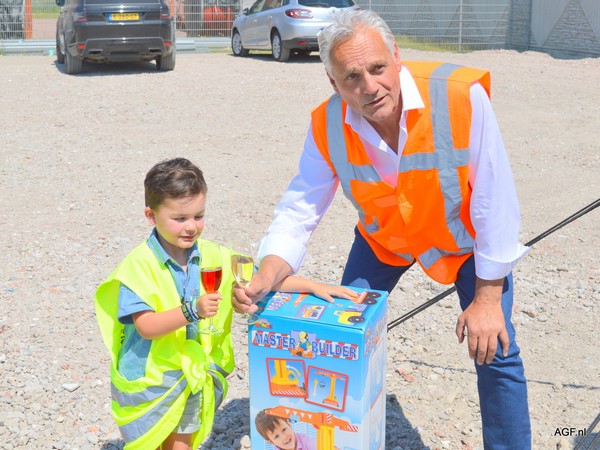 Sem, who got a nice gift, and GrandPa Henk sharing a toast. 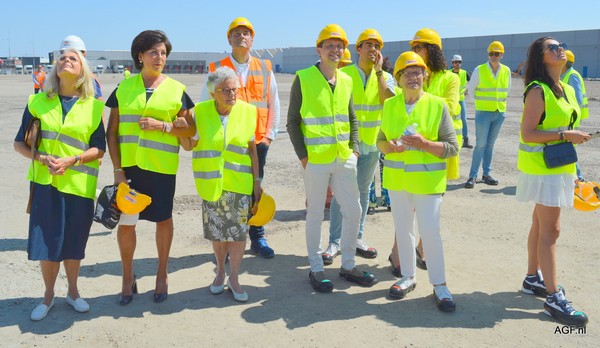