Mission's Steven Barnard finalist in EY Entrepreneur Of The Year® 2021

Mission Produce, Inc., which sources, produces and distributes fresh Hass avocados, announced yesterday that its founder, president and CEO Steve Barnard was named an Ernst & Young LLP (EY US) Entrepreneur Of The Year® 2021 Greater Los Angeles Award finalist. Now in its 35th year, the Entrepreneur Of The Year program honors business leaders whose ambition, ingenuity and courage in the face of adversity help catapult businesses from the now to next and beyond.

Barnard was selected by a panel of independent judges. Award winners will be announced during a virtual celebration on July 29 and will become lifetime members of Entrepreneur Of The Year alumni from around the world. 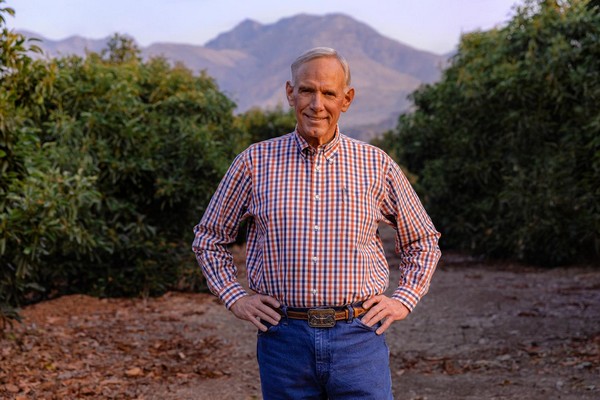 “I’m proud to represent Mission Produce among some of the most influential business people in the country,” said Barnard. “Over the last four decades, Mission has left an incredible mark on the industry. It’s a great honor to have the opportunity to highlight the work we’ve done in such a prestigious program.”

A respected agribusiness veteran from Filmore, CA, Barnard founded Mission Produce in 1983. Today, Mission has facilities servicing retail, wholesale and foodservice companies in more than 25 countries. Mission is now valued at $6.5 billion in the U.S. and estimated to grow to $8 billion by 2023. As the highest-ranking executive at Mission, Barnard is responsible for making critical business decisions and providing the general direction of the organization.

Entrepreneur Of The Year is one of the competitive award programs for entrepreneurs and leaders of high-growth companies. The nominees are evaluated based on six criteria: entrepreneurial leadership; talent management; degree of difficulty; financial performance; societal impact and building a values-based company; and originality, innovation and future plans. Since its launch, the program has expanded to recognize business leaders in more than 145 cities in over 60 countries around the world.