New tech could help take the pain out of asparagus picking

The University of Waikato showcased its robotic asparagus harvester on the first day of Fieldays at Mystery Creek, near Hamilton. Dr Shen Hin Lim​, senior lecturer in mechatronics and mechanical engineering, said the robot uses cameras from an Xbox Kinect console to scan and select asparagus spears for picking. 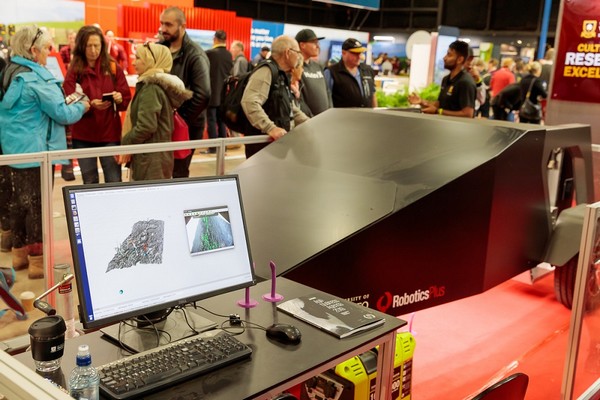 New Zealand's asparagus industry has around 40 growers spread across the main growing regions of Waikato, Canterbury, the southwest of the North Island and Hawke's Bay. The vegetable is harvested by hand in early summer, a backbreaking, labour-intensive task. Lim said the robotic harvester could be a game changer for growers.

The harvester is one of three horticultural robots the university entered in the prototype category of this year’s Fieldays Innovation Awards.  The robotic harvester uses cameras from an Xbox gaming console to scan and select asparagus spears.

Dr Benjamin McGuinness, a research and teaching fellow in mechanical engineering at the University of Waikato, said the robot’s cutting blade – dubbed “the barracuda” – evolved from commercial secateurs.