Urban Oasis will roll out the first one next year

"Sweden needs to roll out 60-80 GigaFarms, of around a ha each, in order to become self-sufficient"

As known by many, several farms are located in vacant locations such as cellars. However, in the Southern part of Stockholm, Urban Oasis had its farm in a rather unique place. The vertical growers, established in 2017, built their first farm in a former wine storage cellar underneath the parking lot. As demand has been growing ever since, Urban Oasis decided to turn their pilot farm into a MegaFarm. The company produces leafy greens (Kale, PakChoi and Crispy Salad) that normally are imported by the country.

“We have been increasing capacity 10-fold ever since January this year,” says Albert Payaró Llisterri, co-founder and CEO at Urban Oasis. The team has been expanding rapidly because of this as well. We’re currently developing our own farm operating system to ease most of the tasks that have to be executed in our farm. Employees are sent a heads up to do any kind of task, such as transplanting, harvesting etc. 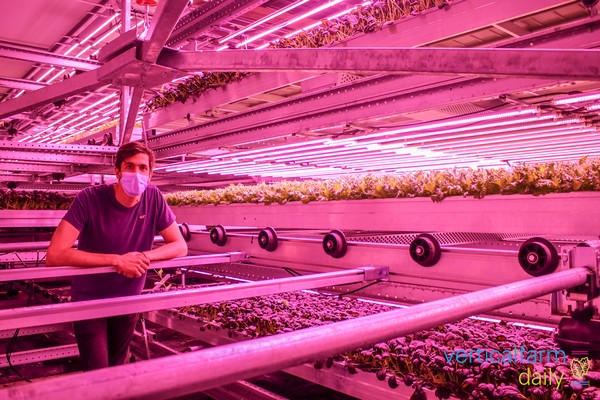 Building a GigaFarm
This year’s goal is to build a scalable organization that can manage to expand from one farm to rolling out multiple GigaFarms in the future. “By doing so, we’re focusing on three key aspects, says Albert. “We’ll be developing a physical system that is truly scalable, by building a software tool managing multiple farms, and by growing a larger variety of crops, such as greens, mushrooms and maybe berries too.” Urban Oasis will be bringing in more investments in the upcoming months in order to enter the next phase.

The GigaFarm will be rolled out in Sweden, in the beginning of next year. Albert notes that the Nordics needs around 80 of these GigaFarms in order to be self-sufficient, which isn’t much in the end, with a population of 10 million people. Albert says that “the country is self-sufficient in terms of herbs, but salads, spinach and rucola are all imported. 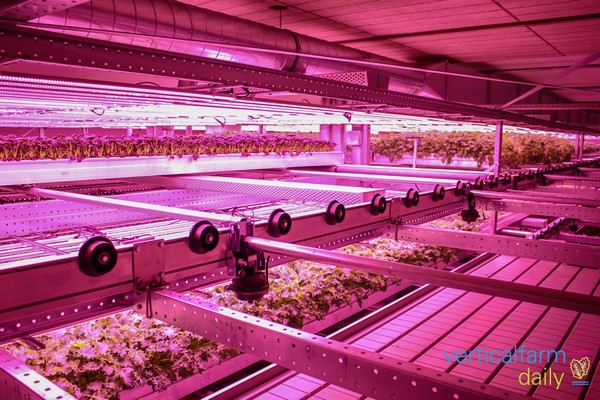 Albert explains that the company is moving into a franchise system. Urban Oasis will design, build and help operate each GigaFarm. The client has to provide capital and the sales and distribution networks. “We’ll get a fee for operating the farm, whereas we provide the software, the products and knowledge on how to operate them. It’s really convenient for companies, retailers or producers if they’d like to expand their product assortment,” Albert notes. 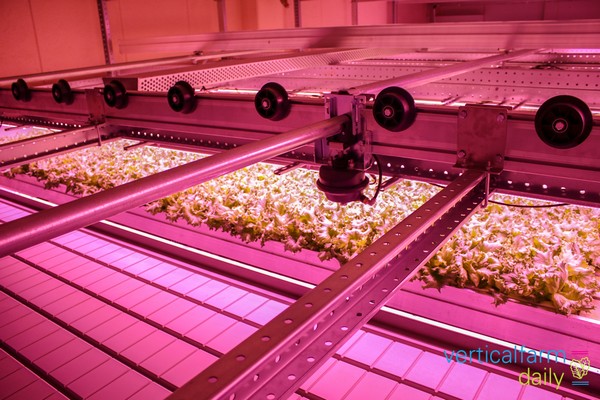 Pricing
According to Albert, produce is getting cheaper to produce for Urban Oasis, due to higher growing density in the new farm. At this moment, the company is at a price competitive level, offering greens for €1,8 to 2 euros per 65 gram bag. Urban Oasis will eventually work on providing bigger bags, but the price is simply not there yet. “Now, our focus is on the smaller bag segment. Once technology gets cheaper and automation comes in, we’ll be able to offer larger bags soon,” says Albert.