Fred Eickhorst of the Association of Asparagus and Berry Growers:

The rather frosty May weather 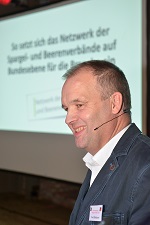 influenced this year's asparagus and strawberry harvest immensely. Fred Eickhorst, managing director and board spokesman of the Vereinigung der Spargel- und Beerenanbauer e.V. (Association of Asparagus and Berry Growers) told FreshPlaza: "Due to the long periods of cold, overcast and wet weather, volumes and per capita consumption have been very subdued. As a result, prices have also been reasonable or positively high for growers." Early-harvest plants have come into yield later and have been pricked for correspondingly longer, resulting in an overlap with later plants around Pentecost. "Now there are notable yields coming out of the plants," Eickhorst said.

Trend toward direct marketing
According to Eickhorst, there is one area that has stood out recently, "Direct marketing has benefited significantly as consumers have been cooking more at home. Gastronomy has not taken off so far and is actually negligible." Big asparagus dinners in the restaurant industry failed to materialize, due to Corona. Asparagus sales have only been picking up for the past two to three weeks."

When asked how long the trend of direct marketing can be sustained, Eickhorst says, "I don't know if it won't be over next year. Direct marketing is, I think, more of a current trend; it's not going to be sustainable, unfortunately. I'll put this in terms of other examples, such as vacations, flying, etc.: We're falling back into old patterns so quickly, it's going to scare ourselves, I think. The customer should buy asparagus and strawberries at retailers or discounters. I would only welcome it if the consumer were to buy more consciously overall. Then they could hop on a bike and get asparagus from nearby farms."

Buying behavior and sustainability
In terms of buying behavior, Eickhorst recognizes a rather contradictory trend among consumers, "In 2019, more blueberries were sold in the asparagus season than in the German blueberry season, because there was an absolute boom in Spanish blueberries, which were sold very cheaply in Germany. At the same time, we are talking to the end user about regionality and seasonality, so obviously something doesn't fit. I would hope that the consumer buys more consciously, turning more an more to German seasonal goods."

The severe shortage of labor, which has been present for years even before Corona, is also making itself felt through the increasing mechanization of the harvest. Says Eickhorst, "Further mechanization will increase for both asparagus and blueberry grading equipment. The selective asparagus harvester is operational in principle, but now needs to show whether it can withstand wear and tear, is practical and can cope with a season of different soils and weather."

Despite these circumstances, harvest force conditions were still adequate, Eickhorst said, "There has been a noticeable push in the harvest fields because people have been applying and coming in more. But the harvest labor shortage will continue, which is why the trend is toward streamlining and mechanization in harvesting. Full harvesters are coming into increased use. There are a few full harvesters coming in this year." 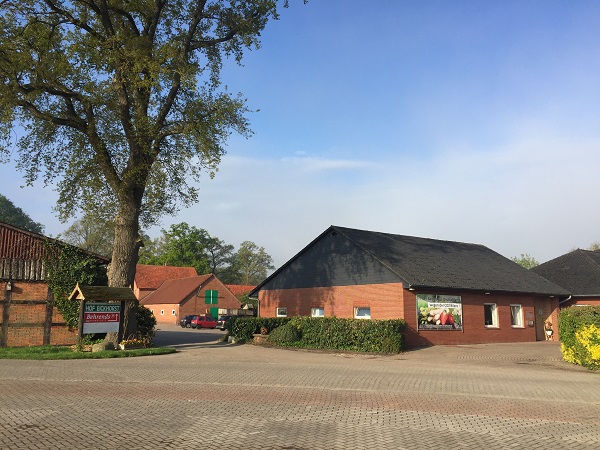 New strawberry varieties
There is pleasing news for all strawberry lovers. Eickhorst: "Regarding strawberries, many new, good varieties have been added in the last ten years, which is particularly interesting for direct marketing, but also for the retail trade. Until 15 years ago, the marketing spectrum in food retail was limited almost exclusively to Elsanta. Now we have significantly newer varieties, and not only ones that are shelf-stable and transport-resistant, but also visually very beautiful and very convincing in terms of taste, which is a very big win for the producer, but also for the consumer."

Eickhhorst is also confident about Corona and the hygiene measures: "After all, we have come through the entire two years well. Hygiene concepts that were developed together with the health authorities and farms worked perfectly. We had a mass outbreak on a harvest farm and were able to catch all the infections within ten days. It took the meat industry several months to do that."