Last legs for the royal vegetables has begun - growers are satisfied

Asparagus on the grill during European Football Championship

"Now we finally have the temperatures we want for the later asparagus plants. A good supply will be available to the consumer until the end of the asparagus season," Fred Eickhorst, chairman of the Association of Asparagus and Berry Growers told the Landvolk-Pressedienst. The last part of the harvest is nearing. With two weeks to go, before June 24 will traditionally end this year's asparagus harvest. 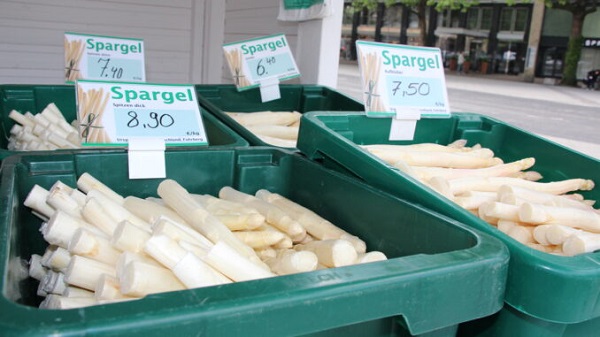 Harvest volumes have received a significant boost due to warm temperatures over the past few days. "The early areas have already been harvested; now the late ones are up. The supply of fresh, regional asparagus is there and will satisfy demand well until the end and at more favorable prices for the consumer," Eickhorst is certain. But the start proved difficult this year. "At the beginning, we had cold, dark and rainy weather instead of wonderfully warm, sunny temperatures to enjoy our local asparagus," the chairman of the asparagus association says, looking back. But it was okay. "When the holidays are through, the final spurt begins. The late plants still have a lot of potential because they came into yield later this year," Eickhorst points out.

It was the direct asparagus marketers benefited in particular from the Corona pandemic. As a result of the fact that restaurant visits were cancelled, many customers went to the asparagus farmers directly, preparing the spears in a variety of ways at home. "For the European Championship, the motto is now to grill asparagus with fish, meat and sausage. To do this, brush the asparagus with olive oil, place it on the grill and then add Parmesan cheese on top," Eickhorst advises.

Overall, Eickhorst looks back on a good season for his asparagus farmers during the Corona pandemic with all its restrictions. The asparagus farms were able to draw on enough seasonal workers. "Even if there were individual Corona outbreaks on site, they could be recaptured on the respective farm. We currently have no cases and are at zero," Eickhorst points out of everyone's efforts to contain the pandemic while remaining profitable. This also includes extending the 70-day rule to 102 days for seasonal workers. "The end result is right, but the way and manner of implementation on the part of politicians have caused a lot of resentment among asparagus farms," says Eickhorst, taking stock of the 2021 asparagus season.