"It's a pity that they were delayed. We usually start selling the cherries around 1 June. But because of the bad spring, we're three weeks behind. We'll probably only begin selling them around 18 June. So, we're going to try to extend the harvest."

"That's with things like our different varieties and canopies. People like buying cherries and have already forgotten the cold spring. We're hoping for a mild summer. Then the cherries won't all ripen at the same time," says Pieter. 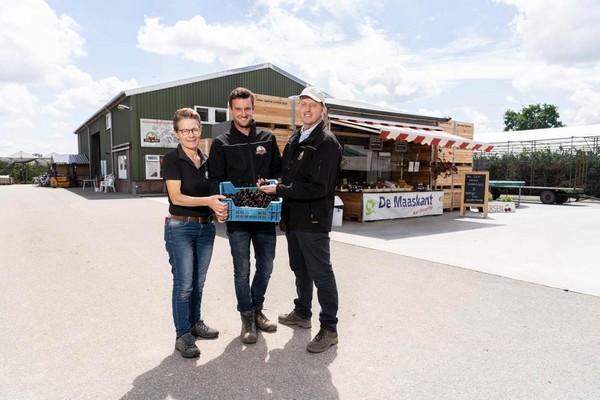 People buy cherries at the beginning of the season because they're the first of the season. But they soon start to ask for the large, black Kordia variety, says Pieter. Not many of the farm's store's clients are aware of all the various cherry types and when they're ripe.

“We sell most of our crop to retailers. We have home sales and smaller buyers too." Last year, due to the pandemic, home sales increased. "We hope to continue that trend this year. Home sales are a nice extension of your company. "

"They help you promote Dutch products." That worked well last year. Retailers were more interested in Dutch cherries than in other years. "It's a pity the cherries are delayed, but we're optimistic," Pieter concludes.