Cinco Casas starts the 2021 season with a new brand image

"The homogeneity of watermelon varieties increases its share against melons"

The melon and watermelon season has been difficult so far, with low demand and prices under pressure, although "the rising temperatures in Spain and the rest of Europe will surely make prices become more stable in the coming weeks," says Tomás García-Escribano, CEO of Cincofresh.

Cinco Casas, Cincofresh Group's main brand, started in May with the summer campaign of both fruits, which are grown in Almeria and Murcia. Approximately in mid-July they will start harvesting melons and watermelons in the region of La Mancha, where they have their own fields. 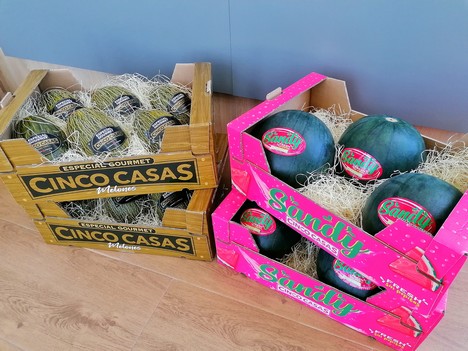 "We expect the watermelon acreage in La Mancha to increase and the melon acreage to remain at similar levels to last year," says the CEO of this company, who believes that watermelons continue to gain popularity, to the detriment of melons. "I believe that more and more buyers prefer watermelons, as their market share among consumers is on the rise. This is due to the fact that watermelon varieties are more homogeneous, which in most cases guarantees the quality of the product. This has not been achieved to the same extent with melons, as there are many differences, both at field level and later, on the shelves of large supermarkets."

With the start of the season, Cinco Casas is presenting its new brand image, on which they have been working for months. The idea is to "offer a more modern look and more freshness, but without losing the essence of our origin and tradition that we are known for", says Tomás García-Escribano.

The company works mainly with Piel de Sapo melons, although it also grows Yellow melons, mainly for Germany and France, as well as black and striped watermelons. Other products marketed under the umbrella of the brand include its Natural Gourmet melons, its Sandy Fresh watermelons and the fun Meloninos, mini fruit pieces that are distributed mainly in Germany. 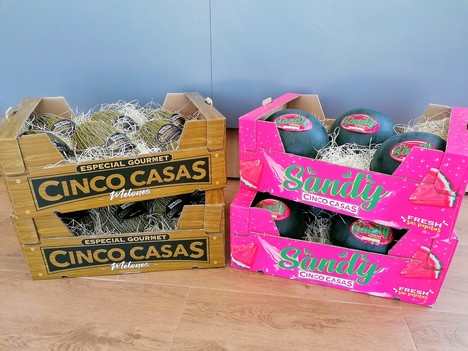 The melon campaign of this company from La Mancha ends approximately between late September and early October, although melon production continues throughout the year. The produce is intended for marketing at national level and for export, mainly to Portugal, France and Germany.

According to the top manager of this company, the marketing of smaller pieces can help increase melon consumption. "It allows you to reach a sector of the population that does not consume melon on a regular basis, as the larger sizes are too much for them. Smaller varieties may encourage the consumer to choose this fruit instead of others."

According to García-Escribano, "we expect the melon and watermelon production in this new season to exceed 14 million kilos. Our main goal is for both our customers and the end consumer to be satisfied with our product, both with its presentation and its great taste."

Cincofresh is a young and innovative fruit and vegetable company based in the heart of La Mancha, in the municipality of Cinco Casas, Ciudad Real, hence the name of its main brand. It has its own fields for the cultivation of several varieties of melon and watermelon, which are its main products, as well as of pumpkin and asparagus. In addition to its conventional production, it also has an organic one.