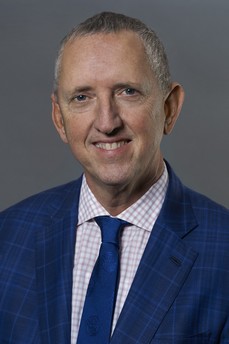 Along with his extensive experience as the principal of J.H. Leavy & Co, which he recently sold to Global Fresh Australia Pty Ltd and in which he still retains a strong involvement, Mr. Tighe has been a director of Brismark since 1988 and a director of Brisbane Markets Limited (BML) since 1999.

According to the chair of Brismark, Gary Lower, the Award is recognition for the strong and loyal commitment Mr. Tighe has shown the fresh produce industry and the Brisbane Markets over more than 40 years.

“When the state government announced its plans to sell the Brisbane Markets site in 2001, Peter was one of the Brismark‐appointed members of the negotiating committee and made a significant commitment to the capital raising used to fund the winning bid, allowing the previously State Government owned site to transition to industry‐based ownership,” Mr. Lower said.

“Since then, his involvement as a Brismark Director on the BML Board has assisted in ensuring that the BML Board culture retains its strong recognition of the wholesaling sector of the industry.”

“Peter works hard to advocate for the industry, including participating in events, hosting visiting delegations and consistently promoting Brisbane Markets and the fruit and vegetable supply chain,” Mr. Lower said.


“He is a consummate professional in all aspects of his life, working hard to improve the standing and status of the wholesaling sector. This was very clear when BML worked with Peter to build the new 6,000m2 J.H. Leavy & Co warehouse within the Brisbane Markets which opened in late 2020,” he said.

Peter’s involvement in the fresh produce industry has ensured a strong collaboration between BML, the market landlord, and Brismark, the representative body for wholesalers within the Brisbane Produce Market.

“I congratulate Peter as a very worthy recipient of the Meritorious Service Award and a worthy peer to stand alongside prior recipients of this prestigious industry accolade,” he said.