Chinese production season of Jinzuan pineapples is almost over

'Milk' pineapples and 'mango' pineapples enter the Chinese market as the production season of Jinzuan pineapples comes to an end. Mr. Lin, spokesperson for the 'Rock' brand, recently shared his insights in the current condition of the Taiwanese market. 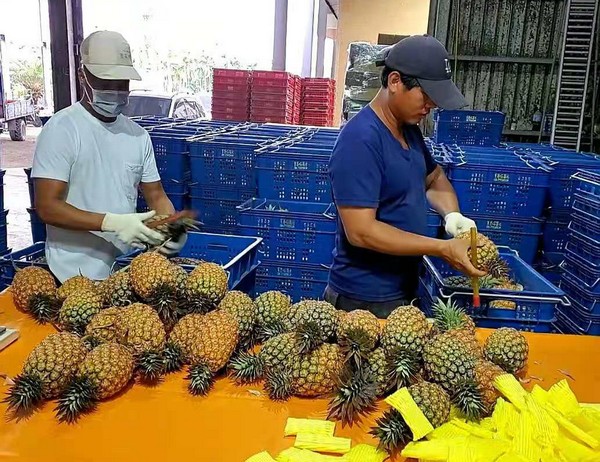 Mr. Lin also explained that Japan was originally the second-largest export market for Taiwan. Although demand from the Chinese market was much stronger, Japan always had a certain demand for top-quality pineapples from Taiwan. And Japanese demand was steadily growing. Export to Japan requires intermediation from commercial associations, and the export and shipping procedures are quite complicated, but their order volume was reliable. That is the main advantage of the Japanese market. When the Taiwanese pineapple export to the Chinese market was cut off, many exporters had no way to prepare for this sudden loss of their largest export market. That is why they shifted their attention to Japan, the second-largest export market. Japanese supermarkets absorbed much of the new supply volume from Taiwan. 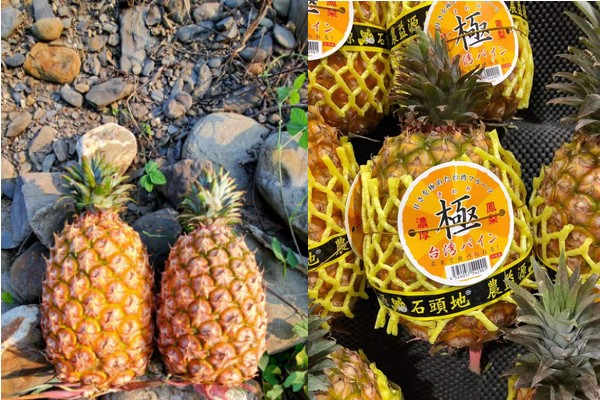 The pineapple supply to Japanese markets rapidly expanded this season, but the price remained reasonable. According to Mr. Lin, "Rock brand pineapples have been available in the Japanese market for four years. In previous years about 70% of the Rock pineapples were destined for the Chinese market, and the remaining 30% went to Japan. Price fluctuations remained within regular margins." 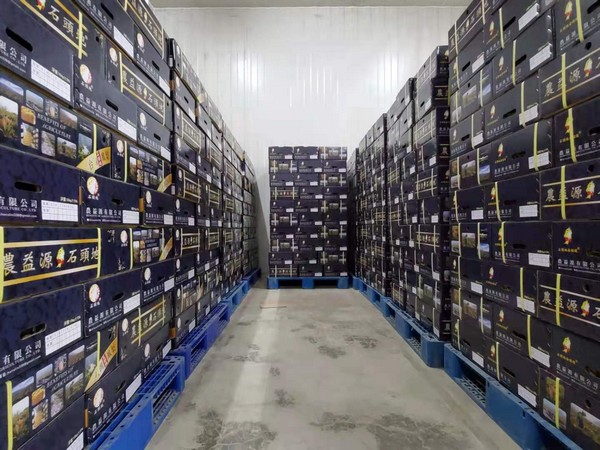 Mr. Lin also talked about two other pineapple varieties that entered the market one by one. "The milk pineapple is a version of the Tainong No. 20 pineapple variety. The production season begins in the middle of June. Most production areas are located in Tainan and Jiayi. The peak period of their production season is expected to last one and a half months or so. The fruit flesh of this pineapple is a milky white, hence the name. The milk pineapple has an exquisite flavor and few fibers, but export of this pineapple variety requires strict control over the ripening process. Only then can the exquisite flavor be combined with a long shelf-life.

"The mango pineapple is a version of the Tainong No. 23. Its fruit flesh is a golden yellow and the flavor is a perfect combination of sweet and sour. The flavor is reminiscent of mango. This product variety was developed in the Taiwan Agricultural Improvement Office. The genetic properties of this pineapple make the fruit less vulnerable to rainfall during the production season and more resistant during transport and storage. That is why this variety is more suitable than the Jinzuan pineapple for distant export markets." According to Mr. Lin, "these two varieties have an excellent and characteristic flavor. They are the perfect replacement of Chunmi and Jinzuan pineapples in the export market. The peak period of their supply season is expected to last until August." 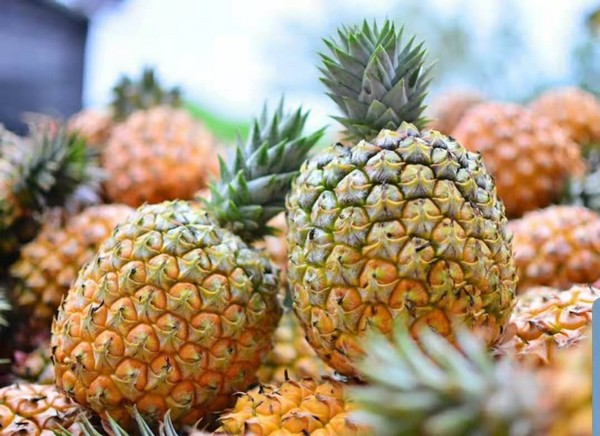 The 'Rock' brand has 73 hectares of pineapple plantation that allows the 'Rock' team to strictly control product quality. The company integrates production, retail, and packaging. Many overseas markets are already familiar with 'Rock' pineapples.