Much is still uncertain and dependent on individual deals

'Ever Given' mishap's true cost could last for years

At the end of March, the [Japanese] container ship, 'Ever Given', got stuck in the Suez Canal. This event is still on many people's minds. That's according to Jolien Kruit and Silvia Gawronski, lawyers at Van Traa Advocaten in Rotterdam, the Netherlands. "The phone's been ringing off the hook," says Jolien. "There's a great need for information in the market. We've never experienced anything like it - a grounding in the Suez Canal and then the [Egyptian] authorities detaining the ship." 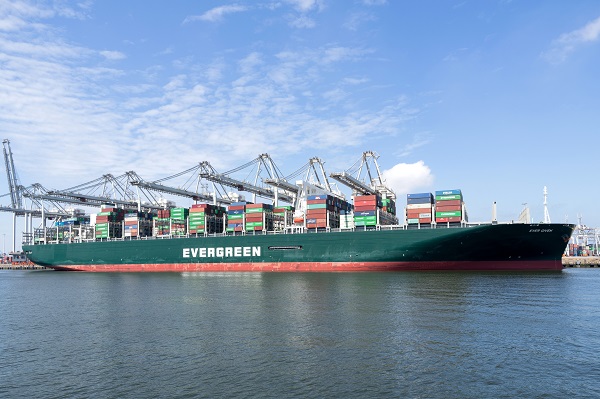 There are more than 10,000 containers aboard the 'Ever Given'. That complicates matters even further. "There are an awful lot of parties involved in this in some way." Much is currently still unclear. "How the various parties are affected depends on the contractual arrangements made. And on the applicable legal systems." Damages could be recovered in certain situations. In other, similar situations, this may not be the case. However, Jolien does indicate that, generally, liability for damages caused by delay is often contractually excluded. 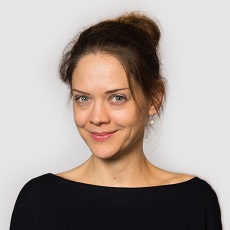 That doesn't apply to damage to goods, though. This isn't considered damage caused by delay. "Depending on the agreements made, there are usually more possibilities for recovery," says Silvia, who specializes in food law. Damage to goods can, however, be a consequence of delay. She cites grain as an example.

"Some crops, like grain, naturally carry certain molds. That's taken into account for transportation and its conditions. Say a container of maize - which already has a small aflatoxin infestation - is left out at sea in the full sunshine for a week. That fungus can begin to behave differently. You can't anticipate that."

"In different circumstances, the mold already present during transport would remain within the norms. Now, it could have major consequences." There's no standard solution for damage to goods either. "Companies agree on what they want. For instance, a company can guarantee its customers that it will deliver saleable-quality bananas." 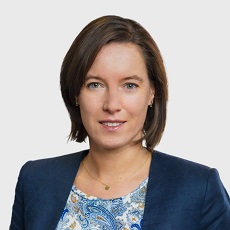 "If you then deliver rotting bananas, you've not met your obligations. Another seller could agree to place the bananas on the ship booked by the buyer on time. In that case, the seller has indeed met his sales obligations. The fact that the bananas began rotting along the way because they ended up on this ship is the buyer's risk."

Safety
But, the authorities also play a role in the 'Ever Given' aftermath. Silvia says that, within the European Union, importers are often the first party to be held accountable for European food safety regulation compliance. "Importers can't do anything about, for example, aflatoxin having developed. Yet, the Dutch Food and Consumer Product Safety Authority (NVWA) will approach the importers. The NVWA will tell them they can't trade the tested product. Or, if it's been delivered, must be withdrawn from the market."

All the products on the 'Ever Given' have been in transit for much longer than intended. That could lead to food safety problems. Measures must be taken. That's if there's even the slightest hint of a food safety issue, says Silvia. "This doesn't necessarily mean products have to be destroyed. It could be that samples must be taken. And that someone has to check those products. That's to ensure they're still safe. Only when you're sure a product's safe can you trade it."

Gross average
Cost is another factor. Costs have been incurred to salvage the cargo and tow the ship. The Egyptian government has also filed a $900 million claim to cover their damages. Egyptian authorities are detaining the 'Ever Given'. That's until the claim is paid or a settlement is reached. Or surety for the claim is provided. An appeal has been lodged against the seizure.

"We have to wait and see. Intensive negotiations are happening in the background too. Parties are trying to reach settlements. The amounts are so high that it's very difficult to provide surety," says Jolien. "There are a tremendous number of parties with a vested interest in the ship being released. That's resulting in pressure for this to happen." If the vessel is released, all those costs could partially fall under the gross average concept.

"That means everyone must contribute to certain costs. These were unexpectedly and reasonably incurred in rescuing the vessel and cargo from danger. These haven't been factored into the transportation price. Parties may be required to contribute for that purpose." All parties involved must provide surety for their share of the gross average. That's before the 'Ever Given' even arrives in Rotterdam. After that, it'll take several years before it becomes clear if and how much they'll have to pay.

Risks
"There are some risks you can't avoid but for which you can prepare," says Silvia. That can sometimes be done through insurance. But much about the state in which goods are delivered can be included in the contract. Jolien points out that something like gross average lends itself very well to insurance under a transport goods policy. The chance of damage is fairly small. However, the costs resulting from the gross average can be considerable. "You can be faced with costs like those incurred by 'Ever Given'. Then it helps a lot if all you have to do is call your insurer."

The insurance costs are relatively limited. Jolien says that gross average happens more often than people think. "That's unfortunate. In recent years we've regularly had these kinds of situations." She mentions fires that have occurred aboard ships in the last few years. "There, measures are also taken to save the ship and its cargo. The cargo is then sacrificed or damaged. Or you have to contribute because the cargo remained undamaged. Either way, you end up suffering damage."

Conditions
Jolien says it's somewhat more difficult to insure fruit and vegetable loads. There are, however, insurers who are willing to take out transportation insurance for fruit and vegetables too. That's an important aspect, says Jolien. Most large container shipping companies have little room for negotiation when it comes to liability. Goods-in-transit insurance covers not only gross average but also other risks like a malfunctioning reefer container.

Jolien indicates that then a carrier could be held liable. "But even if they're liable, applied conditions often apply based on the most-limited liability. That's certainly true in maritime transportation." In that context, explains Silva, the trading parties' supplier/client contracts must be as compatible as possible. That's regarding conditions and insurance. "If that fits together well, you run the least number of risks."

Unwillingness
People don't often consider that, she says. Little attention is generally paid to general terms and conditions when deals are struck. "It's only when something goes wrong that it becomes evident that someone has to carry the risk. Who that is could come down to mere bad luck. Say, for instance, the supplier isn't liable, and the insurance doesn't provide cover in a particular case either. That could suddenly become a major issue."

For example, it could happen that already-sold lemons can't be delivered. "That leads to a loss of turnover for the trader. He may also have had to buy replacement lemons. That delay can result in a loss for the lemon's buyer too. He can't deliver either. If you become the buffer for all this damage, you have a problem. So, it's crucial to look at the insurance and contractual conditions." Jolien compares it to prenuptial agreements. "You draw those up when you're still very much in love. And you hope you'll never have to use them. But if things go horribly wrong, it's nice to have such contracts," she concludes.