Gerard van Loon immigrated from the Netherlands to Puglia, Italy a few years ago. He did so to build contacts with local growers for The Greenery Italia. He also wants to promote new varieties and explore and stimulate the Italian soft fruit market. Italy has a population of more than 60 million people. But, it's a European country with one of the lowest per capita berry consumption rates. And northern Europe is becoming more interested in products from Puglia. That's according to Gerard. 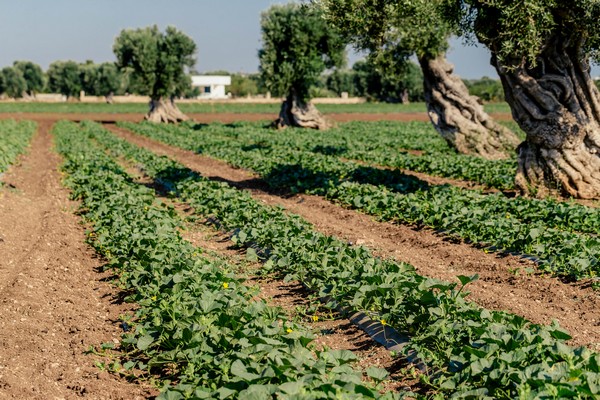 Red currants
Two years ago, he, in collaboration with local farmers, started cultivating red currants in Puglia for the first time. "We were anxious. Would it be cold enough for these berries? That's why we selected the Junifer variety. It needs less cold to grow well. It's doing better than expected, so we're going to expand a little. We begin harvesting this week, which is looking promising. The berries are nice and large," says Gerard. These red currants will go to the Netherlands. Spring's been very cold. So these berries from Puglia are available a lot earlier. They can, therefore, fill the gap in the Dutch market.

Cumelo
The first cumelos left Italy for the Netherlands on Wednesday, 2 June. This week, they're back on the shelves of stores like the Dutch supermarket chain Jumbo. This year, Edeka in Germany will be supplied for the first time. "We ran several successful pilots last year. So, we're now scaling up considerably to Germany. More acreage has been added. And we're looking to gradually increase the cumelo's popularity. That's working out well." 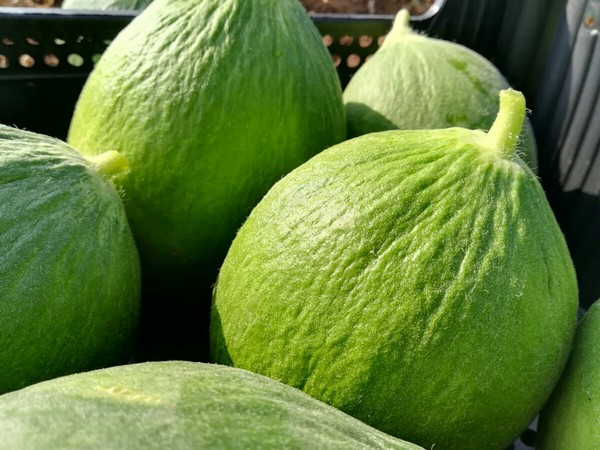 Raspberries
“The demand for soft fruit is rising in Puglia. As is the willingness to grow them. Raspberry cultivation, in particular, has expanded over the past two years. The Greenery Italia works with two growers in Puglia. They grow Plant Science's Majestic Raspberry. This year, there's already been significant expansion. The acreage has doubled and is expected to double again next year," Van Loon continues.

“Raspberries, blackberries, and other berries are cultivated in northern Italy. But there's now greater demand for soft fruit in central and southern Italy too. Supermarkets are playing an increasingly important role. Blueberries are becoming more popular. So, supermarkets are giving them more prominence. That's resulted in other soft fruit also gaining popularity."

Strawberries
“We're currently growing Fresh Forward's Calinda strawberries here. The locals are familiar with the Planasa varieties," explains Gerard. "But, flavor and storage-wise, the Calinda is stronger. That's compared to the varieties that farmers used to cultivate here. Growers here are generally much more conservative than Dutch growers. But still, they're becoming more interested in growing new varieties."

B&B
Gerard doesn't only work for The Greenery Italia. He and his wife run a Bed & Breakfast too. Last year, during the global pandemic, he certainly didn't sit still. He's ordered 1,000 grape vines for his vineyard at the B&B. Together with his son, he's also founded a small company. It's called "Tesori di Puglia", which means treasures of Puglia. "There are many exclusive regional products here. And there's a demand for them in the Netherlands. The wines, olive oil, and pasta are especially popular," Gerard concludes. 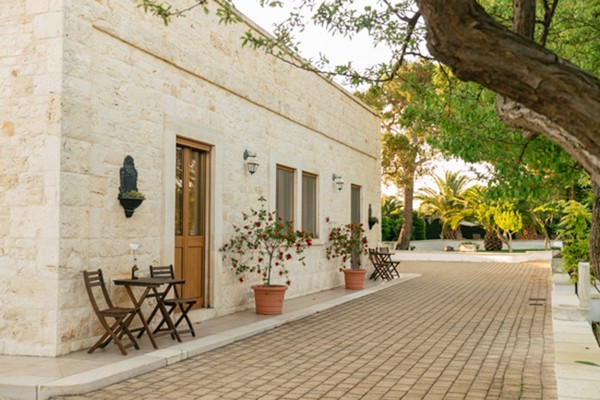 Gerard and his wife's B&B.