Large volumes of Malaysian durians will be harvested in July

The Malaysian durian harvest season has started. Manager He, a spokesperson for Malaysia Newleaf Plantation Berhad, recently talked about the current conditions in Malaysian durian plantations.

Malaysia has two durian production seasons per year, in June and December. "Last year when the trees began to blossom, the rainy season in Pahang began early and greatly reduced the number of flowers. That is why the harvest is smaller this season. Rainy and overcast weather are terrible for the growth of durian fruit. The overall production volume declined by 20%," explained manager He. "This season the weather is quite alright, and the durian trees expended fewer nutrients last season when the harvest was smaller. That is why the harvest is now quite good. Farmers have begun to tie up the fruit, and the first durian are already falling from the trees. Large volumes of durian are expected in July."

"The durian price was rather high last season because the production volume declined. The price is still quite high because market demand for durian continues to grow in China and the rest of Asia. I think that the price will even exceed last season's price," said manager He. "The rising durian price seems to have little influence on durian consumers. The loyalty of Chinese consumers for Musang King durian in particular remains strong." 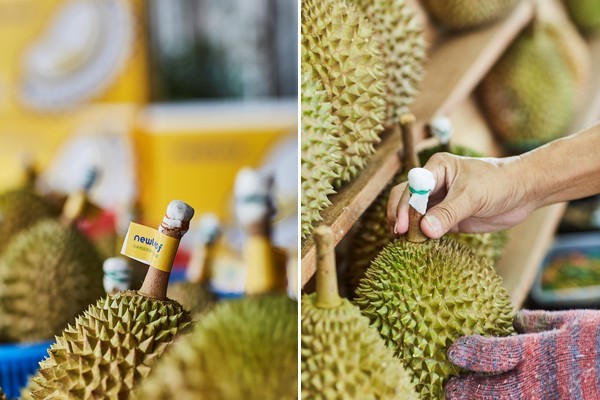 Thailand has rapidly expanded durian exports to China in the last few years. When asked about the differences between Thai and Malaysian durian, manager He replied: "Other plantations all harvest unripe durian and then artificially stimulate the ripening process during transport. This has a huge impact on the flavor. Malaysian durian are harvested in the traditional manner. They have to be completely ripe and fall from the trees by themselves, before they are ready for the market. The natural flavor is superior and the product quality is better, but the shelf life is much shorter. The fruit generally begins to deteriorate in three days. The durian require much care during every step of the supply chain, from harvesting and processing to transport and retail. The fruit flesh should not be disturbed during these stages, because as soon as the fruit flesh is disturbed, then the fermentation process begins and the durian starts to emit its fragrance. Only after the durian arrives at the market stall, just before the durian is sold, then we shake the durian to release its fragrance. That is how you achieve the most optimum flavor and fragrance. That is why Malaysian durian are unique." 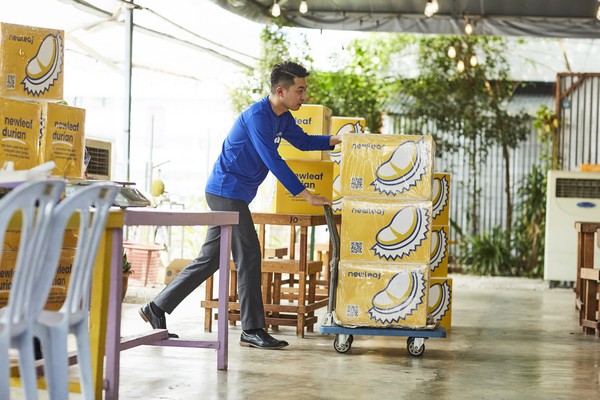 Newleaf Plantation Berhad is a Malaysian company specialized in the production and export of durian. The company owns durian plantations in Pahang, Malaysia.