Strong in protected cultivation for cherries

Cherries from protected cultivation are becoming increasingly dominant in the “Alte Land”, while open-grown produce is playing an increasingly subordinate role. In the Lower Elbe, cherries are now grown under a canopy in an area of 270 hectares. The most popular varieties are Regina and Kordia, but Areko has grown strongly in recent years. Beginning as early as April, the foils are installed to protect the cherry blossom from frost, moisture, and possible hail. But also, to prevent the contact of the cherry with rainfall during the ripening phase. This prevents them from bursting and allows them to ripen fully. The taste of the covered cherries is described to be more intense and juicier. In addition, birds or insects cannot damage the cherries. 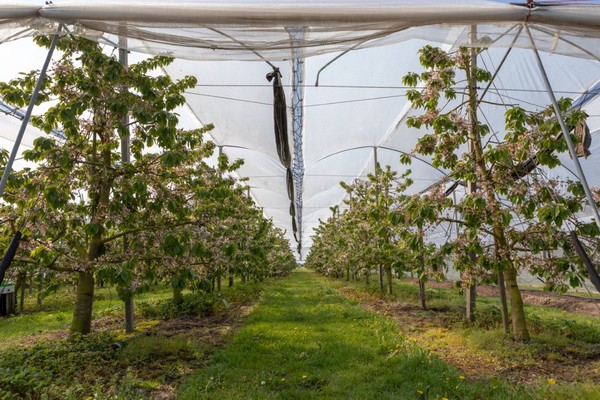 Sale of the main varieties starts with the Kordia variety starting at the beginning of July. Due to the vegetation, the expected quantity, and the sophisticated storage techniques, Elbe-Obst also focuses on the late marketing phase up to the second half of August. Immediately after harvesting, the cherries are placed in ice water cooling with a core temperature of 1 to 2°C to achieve this. This stabilizes the firmness of the pulp in a truly short time. A misting system keeps the humidity in the storage room high so that the stems remain green. They are an important indicator when it comes to identifying the freshness of cherries. 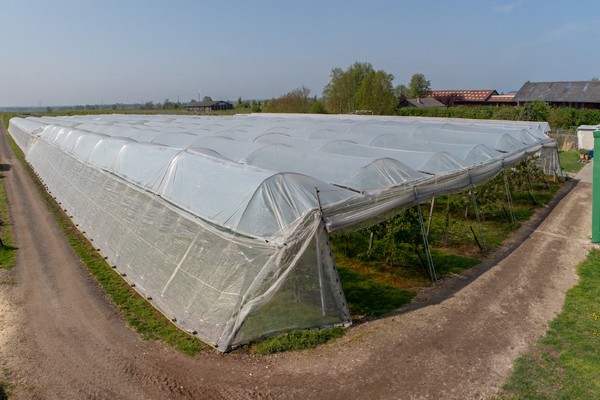 Sorting takes place by photo-optics according to colour and size up to 34 millimetres. Filling takes place directly at the sorting machine. Currently, packaging such as carry bags plays a role here. But the cherries are also sorted loosely into crates weighing up to five kilograms. By using climate bags, the cherries independently create an ideal atmosphere for storage. A microclimate is created that ensures the natural appearance and aroma of the cherries for up to five weeks.