Bioplanet has introduced to the market a new parasitoid insect that is the natural enemy of bugs - Trissolcus basalis. Over the past few years, talks have focused almost exclusively on the brown marmorated stink but and, in 2021 as well, Bioplanet has produced and released Anastatus bifasciatus on a large scale. We must not forget, however, that both on a domestic and foreign level, the "bug" problem also concerns other species traditionally harmful for agriculture, such as for example the well-known southern green stink bug Nezara viridula. 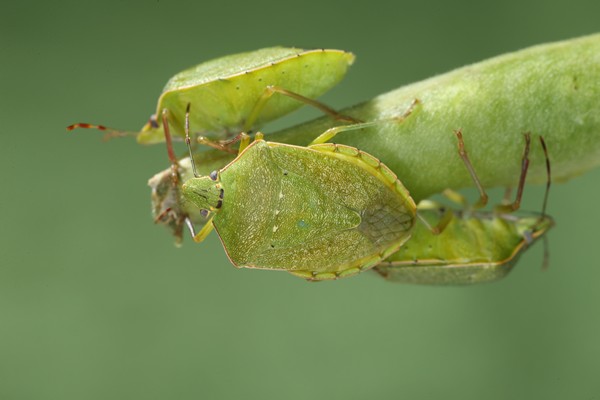 "Nezara viridula is one of the best known bugs in the world, and it can attack many crops and productive systems. It can also take advantage of a large range of uncultivated vegetable species in the absence of its favorite host plants and, in winter, this can contribute to its widespread distribution. Crucifers, solanaceae and pulses are only some of the most attacked species. Without control, it can also attack a wide range of cereals, fruits and vegetables," explains representative Stefano Foschi.

In a context where useful insects and mites are increasingly employed to control other insects, Bioplanet has invested to research the best antagonists to control the southern green stink bug. 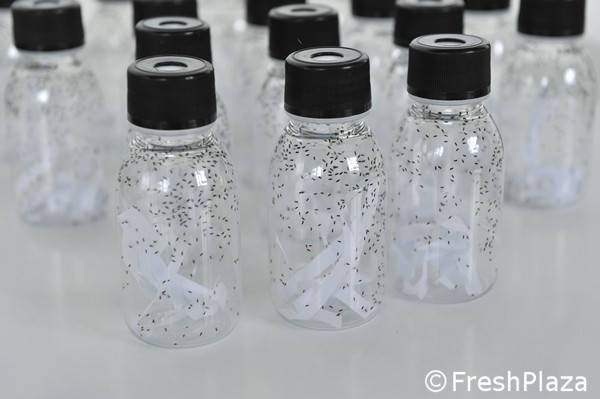 Bioplanet researcher Alessia Iacovone reports that "the choice was Trissolcus basalis, a hymenoptera scelionidae that is one millimeter large and black in color. Although it can develop limiting various Pentatomidae, this species is known all over the world for its usefulness against southern green stink bug Nezara viridula". 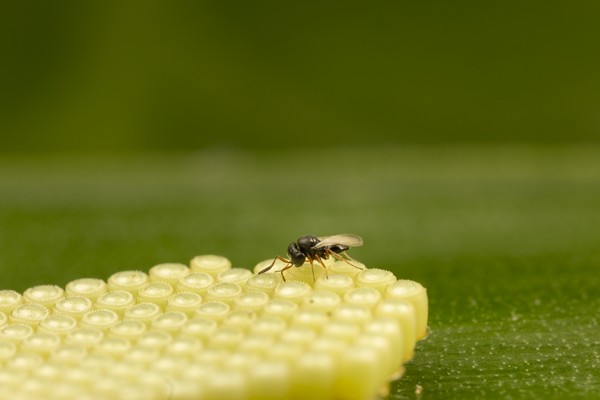 "The species originated in Africa but is now found all over the world, just like its main host. T. basalis is able to parasite bug eggs, which turn greyish in color. Trissolcus larvae develop inside the eggs until they become adults. At around 27°C, the cycle takes approximately ten days' time. Females live approximately two weeks, during which they lay up to 250 eggs." 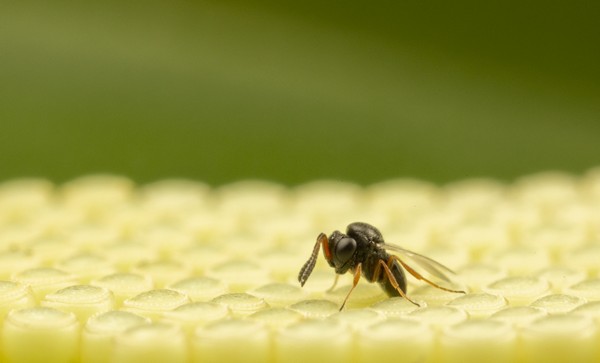 Trissolcus basalis is mainly used for crops such as tomatoes, bell peppers, eggplants, vegetable crops and herbs in general starting from June or anyway when the green bugs first appear on plants. 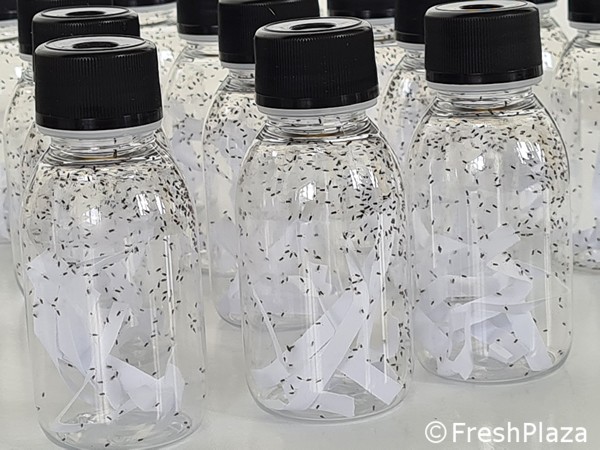 "The Base 500 product is made up of 500 adults that can quickly spread in the environment where they are released simply by opening the bottles near the plants. Small weekly introductions repeated throughout summer during the egg laying period are the best strategy to ensure the ongoing presence of females that can parasitize their hosts reducing their proliferation," concluded Foschi.