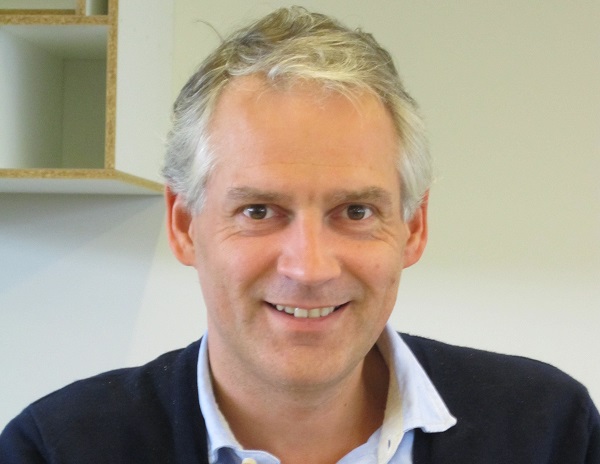 This frozen vegetable specialist has always been strongly retail-oriented. "This branch already had a 55-60% share in our company, even before the coronavirus hit. That's been our salvation. It certainly wasn't a disaster year. But we did have to deal with a challenge. Our customers demanded more of certain products than we could offer. The demand for typical retail products like peas, beans, cauliflower, and spinach, in particular, climbed enormously. We were anticipating some growth, but not that much. Market demand rose by 20-30%." 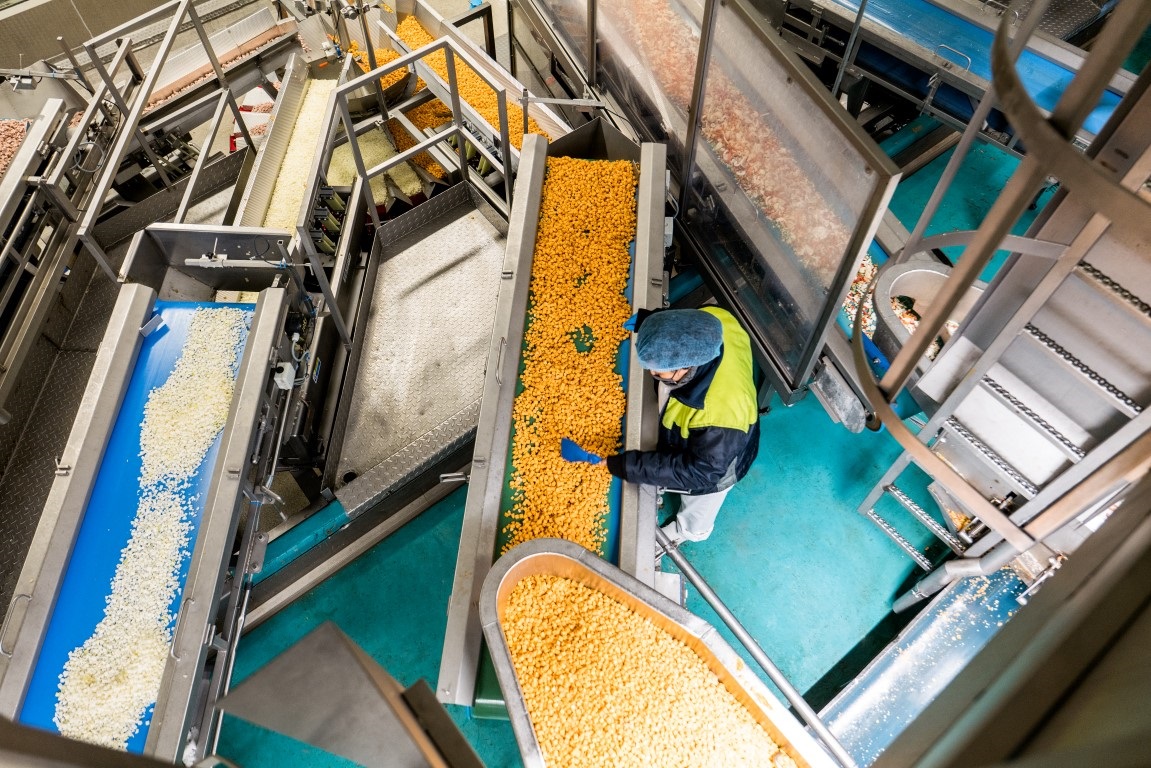 "We also have food service clients that had to close their doors overnight. We produce customized products for those channels. Those fell away, all at once. We couldn't sell these products to the supermarkets. They have different needs," says Johan,

"The retail sector's no alternative for certain products. Those include leeks, onions, and white and red cabbage. But, fortunately, we're in the frozen segment. We can, therefore, store our products. That's not something the fresh sector, for example, can do. But this brings additional costs and requires adjustments to plans." 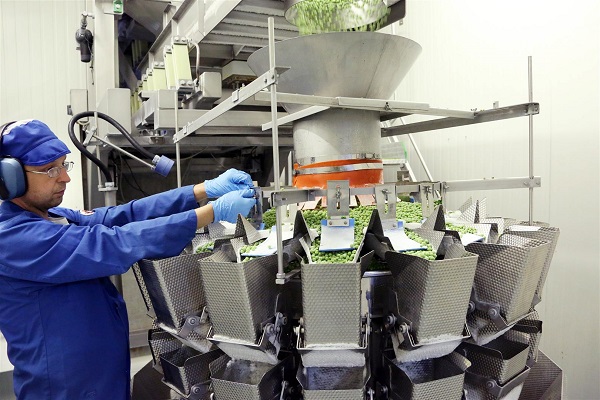 COVID-19's lasting effects
Johan predicts that the corona crisis will leave a mark. "The pandemic still dominates the world. The situation isn't yet back-to-normal. I hope that with the development of vaccines, normal life will soon return. But I expect several trends to continue in our sector. Think, for instance, of the switch from out-of-home to home consumption. Also, some people were less inclined to use frozen foods. A considerable number of these people have now been introduced to frozen vegetables. That will certainly boost consumption further."

Spring work is now well underway. "Developments in the field are positive. We had a wet spring with some frost. These conditions benefit our crops. Night temperatures were 0°C and below until the end of April. That was icy and will result in an unusually late harvest. It'll start two to three weeks later than other years." 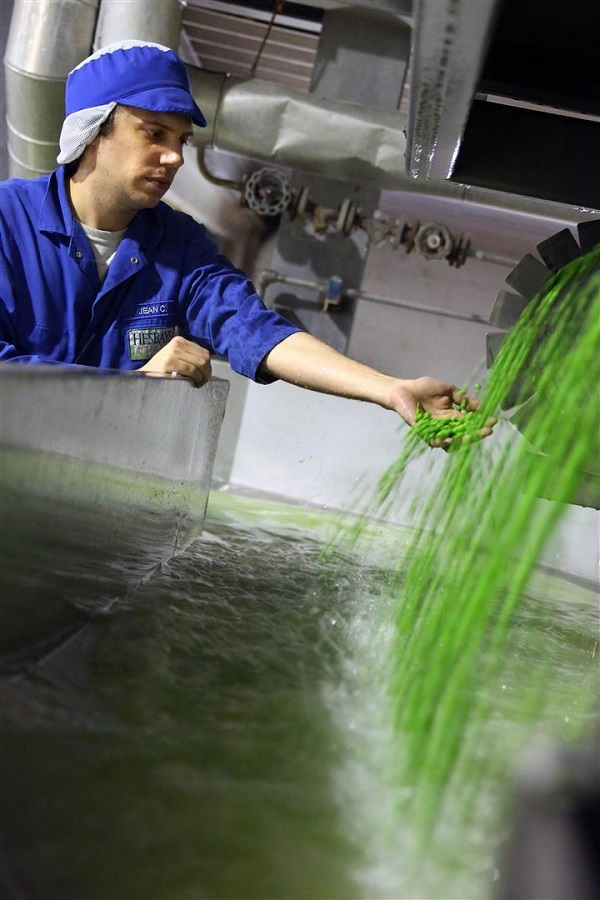 "In a year of meager stocks, that will create some challenges. Take, say, the bean crop, which was truly catastrophic last year. I've been active in the frozen vegetable sector for 25 years. And I've only experienced such a harvest three times. So we'll have to replenish those stocks somewhere," Johan continues.

Back to local
Crop's frozen vegetable division has factories in Belgium, France, Poland, Spain, and Portugal. The company also has sales offices in Belgium and the United Kingdom. As well as in Germany, Poland, the United States, China, and Japan. "Our sales are global, but we source 90% of our vegetables within 50km from the factories." The exotics segment isn't growing as much, says Polfliet. "Those products are no longer as trendy because of the long distances they have to travel." 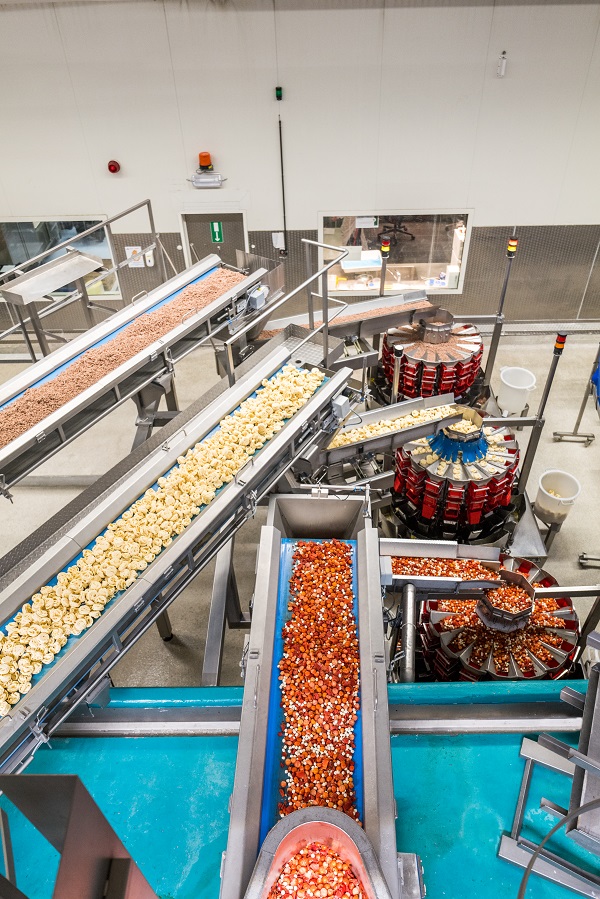 "Consumers prefer back-to-local. That's why the demand for so-called forgotten vegetables is reviving. Also, more and more families consist of two-income earners who work outside the home. The deep freeze is, therefore, becoming a more necessary alternative anyway. And frozen foods aren't always expensive either. Out of season, fresh cauliflower is usually more expensive than frozen."

It's an exciting time for this frozen vegetable company when many of its yearly contracts are concluded. How does Crop's distinguish itself in the market? Johan believes the crux of the matter is offering convenience and new ideas. "We're active in the fruit, vegetable, and ready-made meals sectors. We've deliberately split this into three entities. We don't want to be a generalist, rather a specialist. We should know more about our products than the customers we serve." 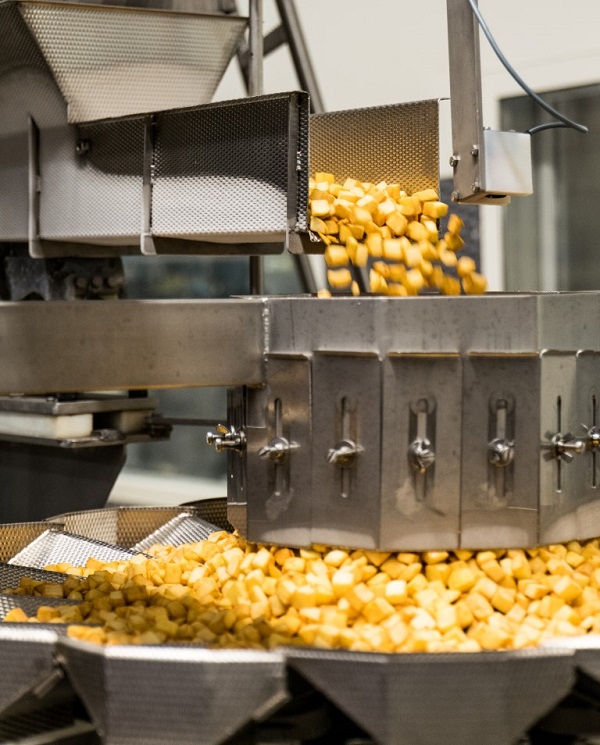 "We may be a private label player. But within that private label, we work as a brand. We consider what people want and respond to that. One of the current trends is that people want to eat less meat. That shift is very positive for the vegetable sector. You can respond to it with convenience products. Think of quinoa with vegetables, but chickpeas and lentils are also returning to the menu. You can do wonderful things with those."

Consolidation
There's a general trend of consolidation throughout the frozen vegetable sector. Johan expects this will continue. "In the European market, 4.2 million tons of vegetables are produced for the frozen industry. And the ten top players are all from Belgium and Spain. Together, they have 60 to 70% of the market. I think these two countries will continue to be the driving forces in this industry. Belgium's ten players alone produce 900,000 to 1 million tons. Compare that to a country like Poland. It, too, has substantial production, but there are 250 producers there." 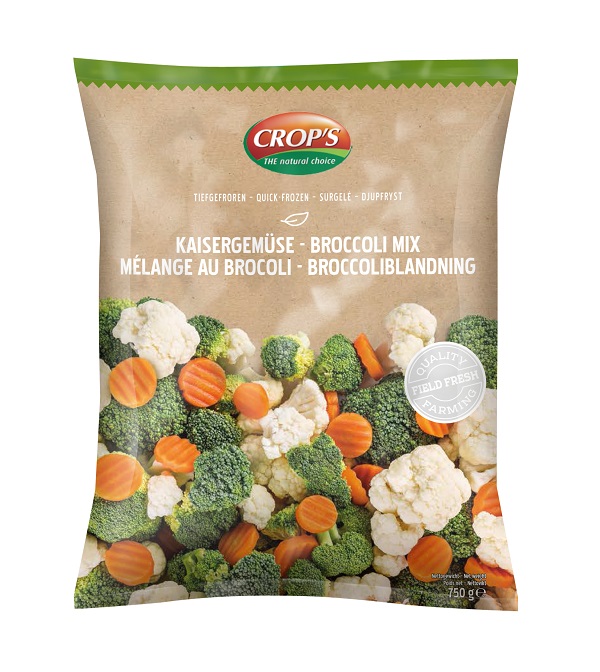 "The upscaling continues; it can't be any other way. Consider how capital-intensive your company has to be. You have to invest in machines and stock. Then it becomes tough for new players to enter this market, especially with all the food safety responsibilities you have. These days, some buyers need up to 60,000 tons of vegetables."

"They don't want to buy from multiple places. Sales to other continents are also increasing. We used to sell ten percent of our vegetables outside Europe. Nowadays, this share is as high as 20 to 25%. Sales to Eastern Europe are on the rise, as they are in Asia. Africa's jumping on the bandwagon too," Johan explains. 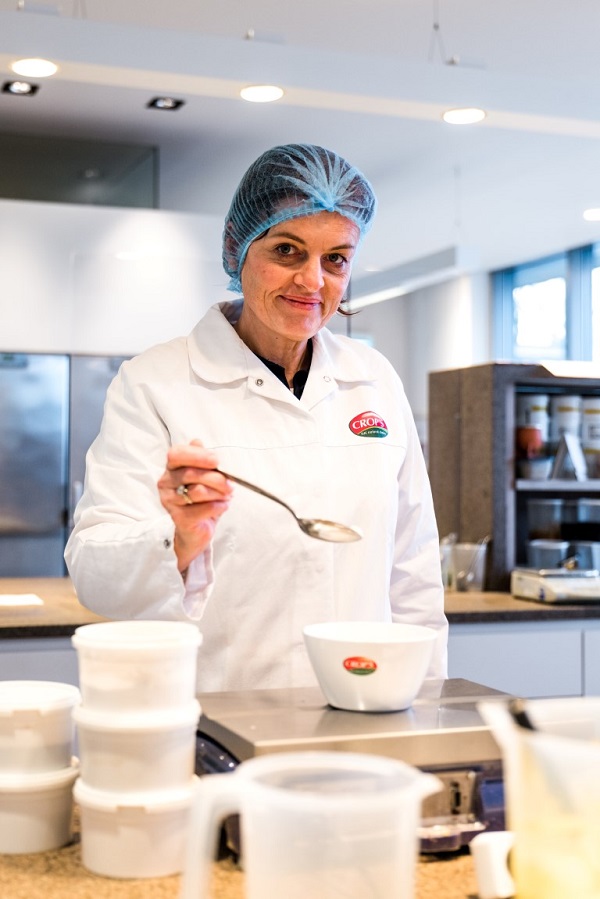 Brexit
According to him, Brexit's first months have had a limited effect. "Initially, it mainly caused extra administrative work. There was also the familiar hoarding behavior on the market. That was due to high demand before and a setback after New Year. We were particularly nervous about what the exchange rate would do. But it stabilized fairly quickly."

"Now, however, exports to the UK have normalized. We'll have to see what impact it has in the long term. We'll still have to deal with additional requirements. These include treated pallets and extra phytosanitary certificates. Those will push up prices. It could eventually lead to more local cultivation. But that's not currently a major threat." 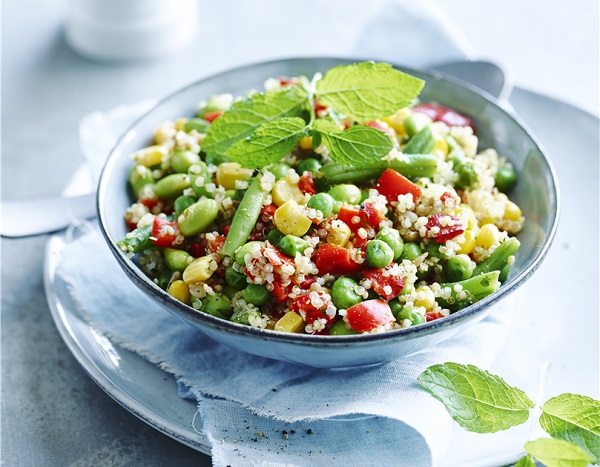 Sustainability isn't just a catchphrase at Crop's; it's a way of life." It's a must. If we continue to farm in the old way, the land will be exhausted after 25 more harvests. If we don't respect nature, our factory is worth nothing. That's why we pay a lot of attention to our ecosystem. Think, for example, of the crops we use as natural pest control," the general manager says.

"And the use of technology. We now use drones to take pictures in the field. That technology distinguishes the weeds from the beans and peas. So, we can use our spraying equipment in a very targeted way. We truly only control the weeds. We want to eventually be able to offer 80 to 90% completely residue-free vegetables."

Johan considers climate change as one of the sector's biggest challenges. "Look at the statistics. There's the same amount of rainfall every year, but it's distributed completely differently. That causes huge problems. For instance, our pea crop's been poor for the third year in a row. The only way to deal with that is to distribute the water and irrigate. But this problem is bigger than just the frozen sector. So we'll need government support too. But, of course, we, too, are trying to manage this ourselves." 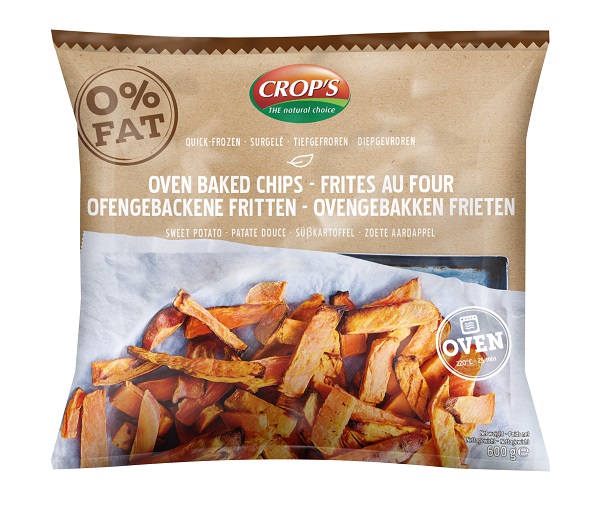 "For example, we pump water to wash and blanch our vegetables. We then purify the water and keep it. We've now laid no fewer than 1,600 kilometers of pipeline to return the water to the fields. We supply water to producers who grow for us. All in all, it's a win-win situation for the entire chain. After all, we partner with clients. They want to be sure they receive the agreed tonnage. And that they'll have access to enough water to achieve their volumes."

Falcon's nest atop automated warehouse
Processing byproducts has significantly evolved over the years too. "The process wastes as much as 30% of 100kg of fresh carrots. These days, all of that goes to the biomechanics system. There, it's reduced by 90%. This waste now no longer goes back to the fields. Instead, we use it as green energy as organic fertilizer. We also built a nest atop our 35m high automated warehouse to attract falcons. That's been successful. After two years, a pair built a nest. Now we no longer have any problems with mice and pigeons," says Johan.

There are also the necessary developments on the packaging front. "Everyone's insisting that less plastic should be used. We, too, are looking into alternatives, but there are still some obstacles. For example, there's no technology to process that packaging with existing machines yet. And alternatives like paper and cardboard are much costlier." 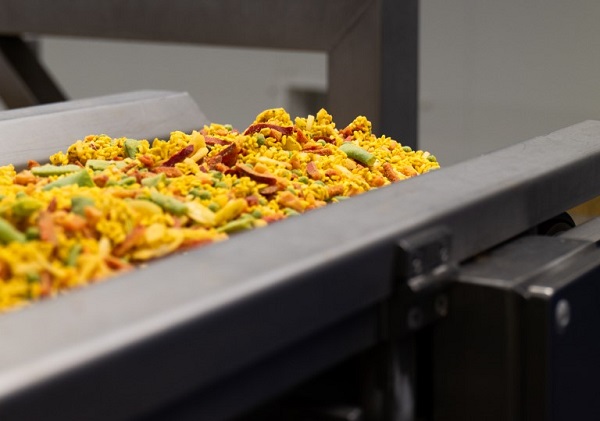 "So, transitioning requires a considerable investment. Also, these packaging trends are evolving. In Eastern Europe, for instance, shoppers could scoop frozen vegetables into their own bag in some stores. However, since the COVID-19 outbreak, that's stopped, for hygienic reasons," Johan adds.

"One segment that's growing faster than average is organic produce. Many growers are switching to organic cultivation. Techniques have improved, and farmers have acquired knowledge. Thanks to that, surcharges are diminishing. And organic products are becoming more affordable. Government policy in Europe, for example, aims to have 25% of agricultural land in organic form by 2030."

"The French government is demanding a minimum percentage of organic products in government canteens too. Those things are accelerating this step. Conventional farming is already becoming increasingly similar to organic cultivation. That's also bringing the goal closer. I think organic might well become the standard. And that, one day, we'll have fully organically integrated cultivation," Johan concludes.