While the cherry season has kicked off, one Turkish fruit exporter has launched an animated film, encouraging children to eat healthy fruits during the season. Meanwhile the exporter also has a developing a club grower project, allowing the company to offer complete traceability from growing to packing.

Fresh fruit production and exportation company Alanar Fruit, operating under Tekfen Agri, has run the #eatfreshfruit social awareness project for years. As the year 2021 was announced as Fruit and vegetable year by Unesco and Fao, Alanar prepared a special animated film to encourage children to eat fresh fruit in the season.

Tekfen Agri and Alanar Fruit gifted the film, titled ‘Mina’s Cherry Tale’, prepared within the scope of “Eat Fresh Fruit” social responsibility project, to children celebrating National Sovereignty and Children’s Day on April 23. “The film, prepared to convey the importance of bonding with nature and eating fresh fruit for a healthy generation and a sustainable life to children at early ages, involves themes such as information about nature, love for fresh fruits, family, and sharing. The film tells the story of Mina, who lives in a big city, looks for cherry trees that she loves a lot, inquires how cherries grow, and turns to nature. The film was voiced in English to support foreign language development among children,” said Yigit Gokyigit, sales and marketing coordinator for Alanar. 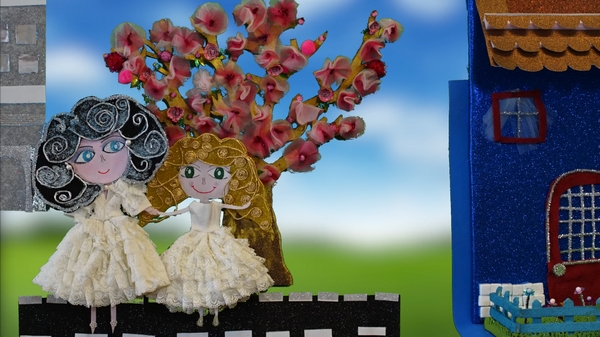 “The animated film titled Mina’s Cherry Tale, characters of which were created by author and storyteller Şule Koçoğlu Ünal with her handmade puppets, and which was shot and edited by award-winning visual designer Cahit Can Hanyaloğlu, was prepared frame by frame with stop-motion animation technique over the course of 1.5 years. Şule Koçoğlu Ünal voiced the mother and Mina Ünal voiced herself in the film. Mina Ünal read for three days in the studio for the film, while professional voice artist Tulin Yılmaz voiced the story. On the other hand, a cartoon book, a cherry song, educational workshops and a puppet show of the story were prepared for children. The show and other surprises will meet with children if pandemic conditions permit.”

Speaking on the Turkish cherry season, Gokyigit states Alanar’s managed to offer full traceability thanks to their club grower project: “We expect a very good season this year. Alanar has a developing club grower project, in which we are able to provide our own or large orchards’ cherries that we receive their whole harvest. This project is something that all our business partners looking for. Working through our own or contracted orchards, we are able to make the growing to packing process fully traceable. This also has a huge impact on quality in a very good way. Every year, we’re getting more and more quantity of cherries through our orchards or contracted growers.”

Although volumes for cherries have been lower in the start of the season, Gokyigit expects usual volumes to come in starting next week. “The volumes of cherries were lower in Izmir region, however, we expect regular volumes just as previous years from other regions, which are about to start in a week. First weeks of the season was slightly affected by the weather, but the impact has not been as big as it has been for other Mediterranean countries.” 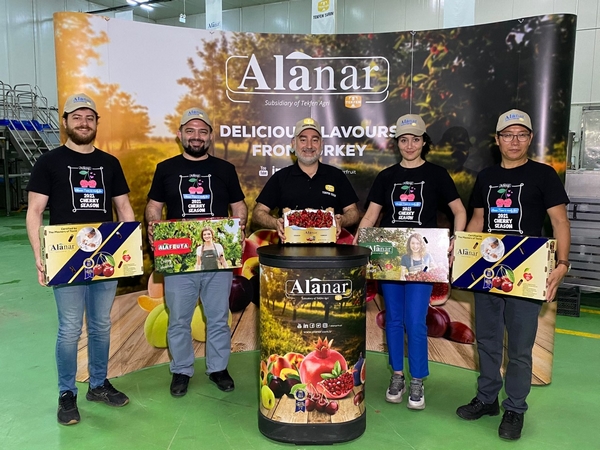 China proved to be a vital market for Turkish cherries last season. Although protocol for export to China has not been opened yet this year, Gokyigit hopes to export even more volumes this year once the protocol is put in place: “Last year was the first and only year that Turkey was able to export cherries to China during the whole season. We’re proud to say that more than half of the cherries sent from Turkey to China last year belonged to Alanar. This year, the protocol of exporting cherries from Turkey to China has not opened yet. If the protocol allows us, we expect to export even much higher quantities this year to mainland China. Comparing it to previous years, prices for cherries started high in Turkey. We expect it to be only for the first ten days of the season, it should return to regular levels after that.”