Compared with other popular produce categories, bananas have higher requirements for temperature, light, and rainfall, so they are planted in areas with a tropical or subtropical climate. In China, the main producing areas are Guangdong, Guangxi, Yunnan, and Hainan provinces. Due to the restrictions of the production environment, it is less likely to expand the scale of planting.

At the same time, banana wilt has not only affected product quality, but also production, leading to increasingly meager profit and lowered enthusiasm of growers. As a result, the production has been declining year by year. However, consumer demand is still at a strong level. Under the combined effect of these two factors, in the past few years, China’s import volume has increased year by year, and supplier countries and product varieties have also become more diversified. 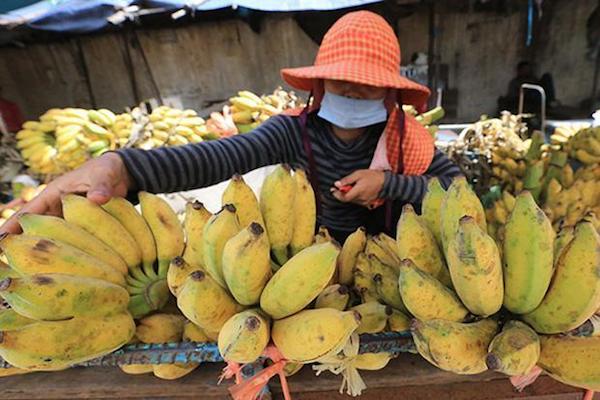 A banana plantation in Cambodia

“Compared with the same period last year, the imported volume has significantly risen this year, but the overall import price is lower. This is the result of many factors. On the one hand, various Covid control measures have brought greater challenges to logistics and finding harvest workers. On the other hand, as the temperature rises from May, fruit ripens faster and it is difficult to store bananas, which leads to some of the imported products being damaged. Prices are also greatly reduced because of this.” Mr. Hu, a banana importer, and seller, said.

Mr. Hu said, “At present, imported bananas are mainly from Vietnam, the Philippines, and Cambodia. Relatively speaking, the volume of Cambodian bananas has increased significantly. In fact, since Cambodian bananas were given access in 2019, the export volume to China has been increasing year by year. I think this is due to the better overall quality and convenient logistics and transportation."