La Unió de Llauradors stated that the lemon campaign in the province of Alicante was disastrous and that losses compared to a normal year could exceed 52 million euro (22 million in the Fino variety and 30 million in Verna), as the producers' income for the Verna and Fino variety decreased by 72% and 60%, respectively. 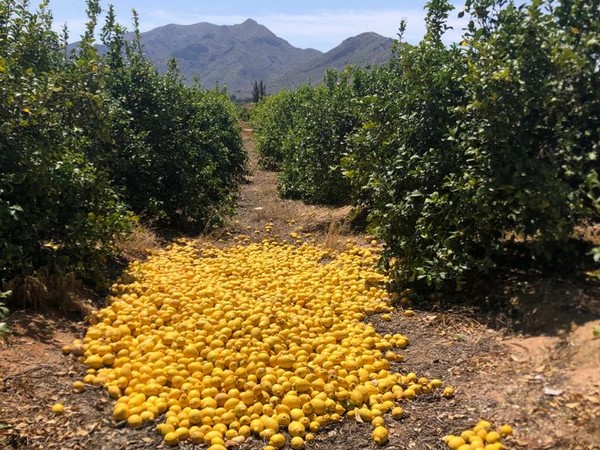 The Verna variety, which is currently being harvested, has not managed to improve the season. In fact, it has gotten worse. The 33% increase in the harvest over the previous season, especially due to the entry into production of the new plantations, and the increase in imports from Turkey, South Africa, Egypt, and Mercosur have influenced the development of the campaign.

At the moment, prices in the field stand at around € 0.20/kg, and only the commercially good fruit is being harvested. 40% of the harvest, which was usually destined for the citrus industry, hasn't been harvested. However, for the last two weeks, the market has practically bought no lemons. As a result, producers are being forced to get rid of the large amount of Verna lemon that isn't harvested by throwing it to the ground and destroy it.

According to the interprofessional Ailimpo, Spain destines more than 25% of its lemon harvest for processing. Spain is the second biggest processor of lemons worldwide. The Union wonders if the trade agreements of the European Union with third countries, such as Mercosur or South Africa, are not affecting the progressive dismantling of Spain's citrus processing industry in favor of the all-powerful Brazilian industry, which has the three largest global processing industries and has already announced its intention to settle in Spain to conquer the EU. In this sense, La Unió requests the EU not to sign any commercial agreement without having studied its effects, having safe and rigorous protocols to prevent the entry of pests, and demanding the other parties to comply with the same production standards as the EU.