“No end in sight for rising timber prices"

Timber prices have more than doubled in recent months. It's also not clear when those prices will stabilize. It's not only wood prices that are skyrocketing. So are those for metal, oil, and oil products like plastic. "These days, we deal with daily prices," begins Robert Helder.

He's from Hoekman Houtindustrie, in the Netherlands. "Timber prices used to remain stable throughout the year. We could conclude contracts for longer periods. Nowadays, if I send out a quotation, you must accept it within a week or else the sales price has to be adjusted."

“There's an issue with availability. That's for both sawn timber and board material. That includes chipboard, OSB, MDF, and hardboard. These are all frequently used in export and transport packaging." That's part of a message this Dutch company sent its customers. 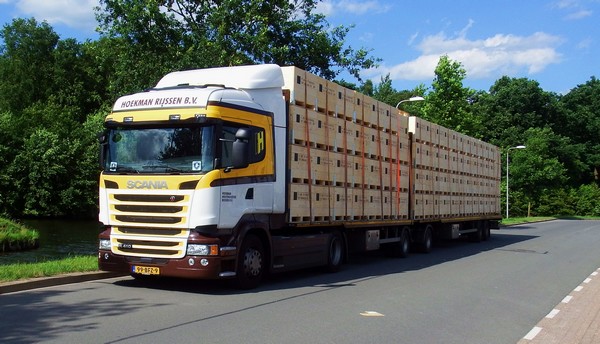 Reasons
“There are several reasons for the rising timber prices. It's difficult to name a specific one. Transportation costs have risen sharply. There's been a beetle infestation. These bugs have devoured a lot of wood. So, it can no longer be used for assembly products," explains Robert.

"Then there's the pandemic. People worldwide have started doing DIY projects. The demand for timber has, therefore, increased enormously. The pandemic has had another effect - staff cuts at suppliers. So, production has decreased or even stopped completely."

On 27 May, the Dutch Packaging and Pallet Industry Association issued a press release. It stated that the US construction industry's using much of Europe's wood. That's because of a new building technique called Cross Laminated Timber (CLT). Spruce boards are glued together, forming prefabricated walls and floors for houses. The use of CLT is gaining popularity. That's resulted in an increased demand for spruce.

The future
Prices are expected to keep rising throughout the year. "There's less and less availability. It's also becoming increasingly difficult to get material in time. Deliveries are often delayed, which means orders can only be completed later. All around us, companies are already unable to meet demand. That's affecting the pallet industry more than the box industry," continues Helder.

"Crate supplies are often organized well in advance. That's because growers have ordered in time. So, the biggest problem is in the pallet industry. They have limited stock capacity. New timber, therefore, has to be imported constantly. Deliveries are now often delayed. So it's becoming tougher to deliver to customers on time."

"The new pallet shortage is also starting to create shortages with used pallets. Last year, we were selling new euro pallets for less than €9. Now's it's around €15. Used ones used to go for €6, that's now about €10. Buyers are, therefore, advised to place their orders in good time. Then they won't be unpleasantly surprised if, for instance, a delivery is delayed," Robert concludes.