A Central Australian farmer is diversifying his business by adding some rotational crops to his already successful melon production.

Desert Springs Farm in Ali Curung, nearly 400 kilometres north of Alice Springs in the Northern Territory, has been growing watermelons for around 13 years in the region. Manager Paul McLaughlin admits people have laughed at him over his crop choices, especially as things like peanuts have already been trialled there before and failed - but he is confident he can make it work.

"We've been trialling peanuts, mung beans, some potatoes and garlic," he said. "I learnt over the years that you have to crawl before you walk and there is a lot of things to learn up here. So, we started doing 14 hectares of peanuts last year, and next year we will probably be putting 130 hectares in. We are also building our own peanut shelling and grading plant. The key thing that I believe in is value-adding. Not so much value-adding for packaging in supermarkets, but things like getting rid of shells that you have to pay extra freight on. Mung beans are also a crop that I think has a bright future, and there are some new varieties out. Broadacre cropping can't be looked at as a couple of crops, but the cropping system. So, three or four crops that complement each other."

So, it is hoped that the peanuts and other broadacre crops that have been planted in rotation with the farm's watermelon crop can improve the soil for future melon harvests. 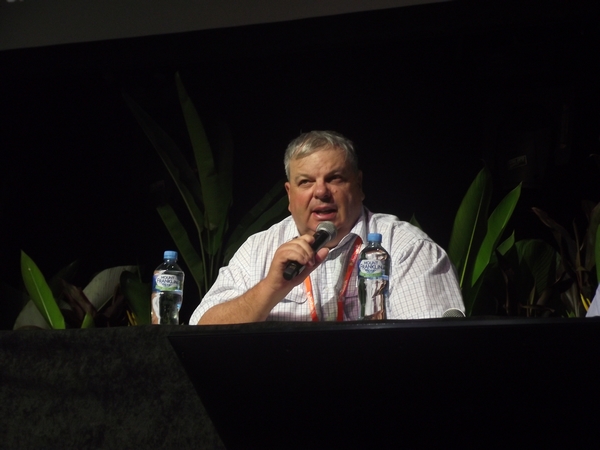 Mr McLaughlin told the recent Northern Australia Food Futures Conference in Darwin that it is probably the first time a company has used Indigenous land on a 90-year lease, and that the partnership with the traditional owners is a very successful one. He explained that investing in people and relationships is the key, particularly in Northern Australia, with not just the community but industry and the supply chain.

"I count the key relationships that it takes for our business to operate on a day to day basis," he said. "So, with transport companies, irrigations companies, fertiliser companies and machinery dealerships. If you don't have key relationships you sit on your hands waiting for people to return your calls. That is the reality of farming in the north. If you have relationships, people will work after hours to get you back up and running. Also, invest in good people and reward them. People are also the most innovative up here; we have plenty of land, plenty of water, plenty of opportunities - but the biggest limited resource is people."

He added that farming in the north can have many pitfalls, so it is best to find a niche for the products, rather than just growing because it is possible to do so, then looking for a market. The company has also invested in its own marketing and distribution company to add value to its own products in the marketplace.

"We are only doing watermelons at this stage, but we can do other products too," Mr McLaughlin said. "That allows us to take control of our business, as it is hard to market and sell good produce when you are in the middle of Australia. We are probably the most isolated farm in Australia. People always ask me what to grow; but it is not what you want to grow, it is what people want to buy. That is the biggest thing because you have to find a competitive advantage. But everything grows here, it is just about finding that crop. But you have to tread carefully and always make decisions with the next generation in mind." 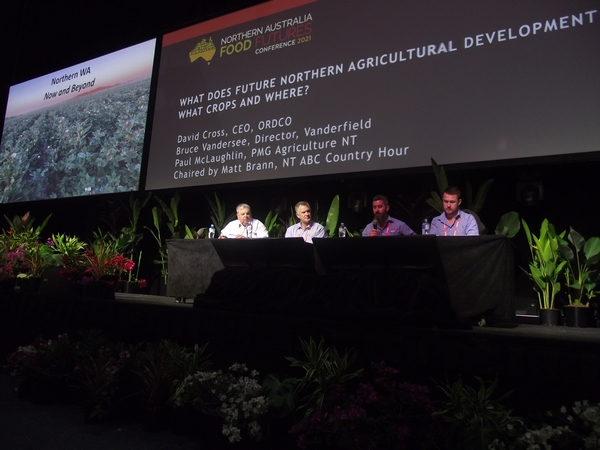 The Government policy aiming to drive growth in Northern Australian agriculture
Former Federal Minister for Trade and Investment, Andrew Robb told the conference that Australia is the only developed country in the world, other than Singapore that has a significant component in the tropics. This creates a tremendous potential for growth, given the ideal climate for many fruits that thrive in those conditions.

"The tropical region accounts for more than 40 per cent of the world’s population today, projected to grow to 50 per cent by 2050," Mr Robb said. "Everyone is seeing the Asian opportunity. Fewer are seeing the tropics, and therein lies a tremendous opportunity for Northern Australia which, being a first-world region, positioned in the tropics, conducts its business, delivers services, and regulates issues particularly related to the tropics each and every day."

"But the battle to gain long term political commitment is never won; it requires constant major national efforts to capture and sustain the political and public push for developing the potential of the north," he explained. "Many Australians would still be unaware of the extraordinary potential in Australia’s north, the top 45 per cent of Australia’s landmass."

Mr Robb says that despite its vast geographic size, Northern Australia has a population of just one million people, less than five per cent of Australia’s total population. So, when push comes to shove, the priorities of 85 per cent of the people – and therefore politicians - in capital cities get most of the consideration; and regional issues struggle to attract attention or financial support.

He added that investments in resources and energy over the last 20 years, in particular, have driven economic growth for Australia, but it is often not properly recognised or understood that Northern Australia is integral to Australia’s economy, long-term security and regional engagement.

"The White Paper recognised that across the north, there are 17 million hectares of arable soil in a mosaic taking in Queensland, the Northern Territory and Western Australia, typically in many parts running one beast to 10 hectares. This arable landmass is the size of Cambodia," Mr Robb said. "In this regard, the White Paper immediately identifies areas totalling 180,000 hectares suitable for irrigated agriculture. The relative isolation and small population numbers in the north mean that investment can invariably be more costly and more uncertain than a comparable investment in Australia’s southern states. Government financial loan support, even in small proportions, can often be the difference in providing the confidence for investors to invest."