As with many California commodities, grapes out of Coachella, CA also got a later start this season.

“Coachella has been relatively cool which might be contributing to starting later,” says Oliver Sill of illume Agriculture based in Bakersfield, CA. He adds that the region is not the only one seeing a delayed start for grapes given Mexico began later as well. “I’m sure it is weather. But over the last few years it seems like Mexico is starting later and later in the Hermosillo area,” says Sill, noting that imported grapes from Mexico used to begin around May 5th. “But the later start hurts the California deal because the later the Mexican deal starts, the less time we have to move through the 20+ million boxes of Mexican grapes before we start up in San Joaquin Valley.”

While June weather will of course impact when San Joaquin begins, Sill notes that a few growers in the southern part of the region have reported they will start at the end of June. 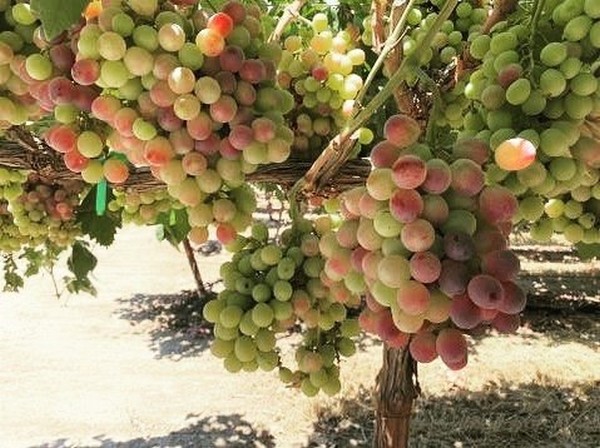 While grapes out of Coachella, CA and Mexico began later this year, it's yet to be determined whether the fruit out of San Joaquin Valley will also get a later start this year.

Coming back after COVID-19
Meeting that later start is a sense of optimism over the movement of California grapes this season. “With retail support, more movement from wholesale--namely, institutional business lost from COVID-19-- we hope to see leaner cold storage inventory and a stronger price,” says Sill. “We are cautiously optimistic that this means great things for California grape demand.”

Following the vaccination roll out program, consumers may also feel more comfortable to return to pre-pandemic shopping habits, such as visiting grocery stores in-person again. “Grapes are an impulse purchase so as long as we are getting people in the store and maybe even doing store demos, we should have plenty of demand from consumers,” says Sill. 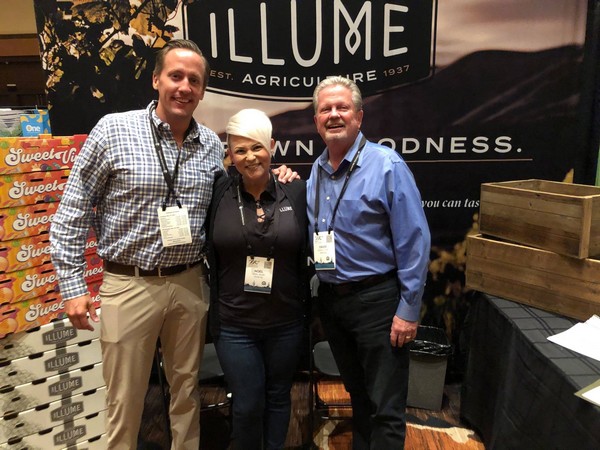 The sales team of illume Agriculture.

Adding to this are also exports, which for illume, means shipping to Asia. “We have planted a few new Sun World varieties we are really excited about,” says Sill. “Our export program will relatively be the same. We are noticing more and more competition from China grapes in our export markets over the years and we cannot compete with China’s cheap pricing.”

In the meantime, Sill says illume has its eye on a few new varieties as well as new technology which will help with shelf life and freshness.