The Australian melon industry says a major focus over the next few months heading into the next season is trying to address issues surrounding the horticulture workforce shortage.

The southern states will begin the seven-month season in Spring/Summer, and Melons Australia Executive Officer Johnathon Davey says there is a concern following this year, which presented a mixed season for growers.

"COVID-19 has seen a bit 'to and fro' in the supply of Aussie melons; where people who were able to get workers and have a full staff load, growers have done the same (volumes) if not more than last year, where other farms have had to cut back - even leaving product on the ground and ploughing it back in, in the worst circumstances," he said. "In my discussions with growers, having only been in this role for almost eight weeks, I've heard that most have just scraped through. But for the next season which starts for the southern states around September for a December to May harvest, there is a lot of pressure that is going to come on. I was in Mildura recently, where they usually have 200-300 backpackers going through there, on and off farms supporting the workforce - but there would be lucky to be 10-15 of them now." 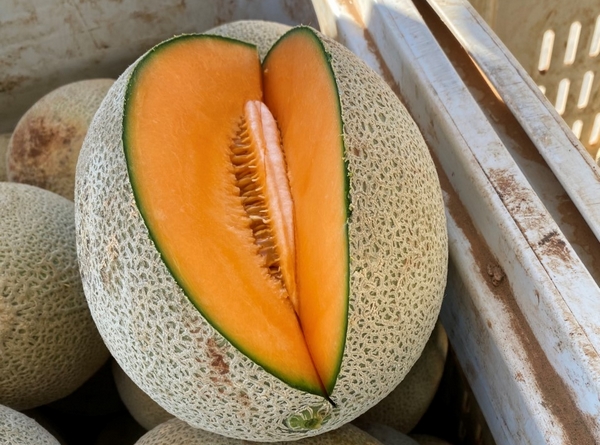 He added that in the Northern Territory, some farmers have not even put a crop in for this season, due to not having the guarantee of labour to harvest the fruit.

"The NT Government's commitment to a $700,000 program for melon workers, we are just starting to see that rollout now, as the program is starting to come to its end," Mr Davey said. "Some of the Northern Territory growers are telling us that they are having real trouble finding a workforce. If they have a workforce, then they are looking okay, but others just haven't even planted this year because they have no prospect to harvest it and get people on the ground to really make the operation worthwhile or viable."

Nationally, he says that the industry produces on average 215,000 tonnes of melons each year. Melons Australia attended the week-long Northern Australia Food Futures Conference in Darwin, with the Northern Territory producing $45 million of melon product per year, equating to over 46,000 tonnes of fruit. The national value of both categories of melons also increased slightly on the previous two years, with overall exports increasing, despite a small dip for watermelons.

"All in all, most of the industry are tracking along nicely, and we are looking to be a strong contributor, pulling our weight towards the National Farmers' Federation's goal of $100billion (farmgate value) by 2030," Mr Davey said. "By way of farms (in the NT) it is not a huge number, and a lot of the farmers across the north are not just focussed on melons, but they’re important. We also have growers who have seasonal rotations who will farm for the summer period along the east coast, then move to the NT to do a winter crop - so they are operating across two locations. But when I look at it, there are farms right across the middle of Australia, from northern South Australia to Alice Springs to just outside of Darwin." 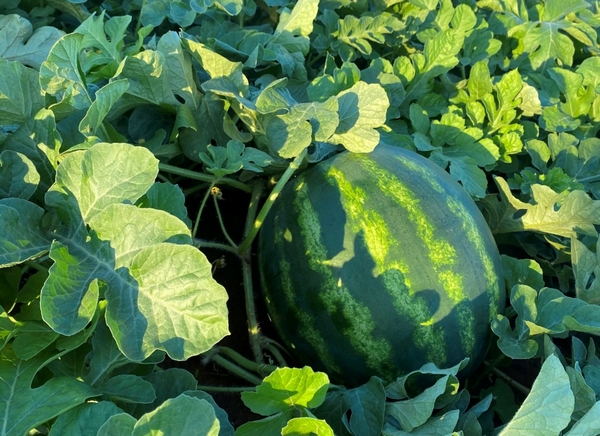 Mr Davey says that melons have a strong history in the Northern Territory, which spans back several decades.

“From what I am told, melon growing in the NT was largely established with rockmelons, but since then watermelons have overtaken that substantially in quantity, and 80 per cent of growth recently is in watermelons," he said. "Talking to people over the last couple of days, I learnt that horticulture in the NT was established over 40 odd years ago on the back of melon farming. We are now being overtaken by the value of mangoes, but we are still a very important player. There is an opportunity for growth, and with the right workforce and right regulatory support, there is a real opportunity to grow the melon industry in the north. Nationally over the past few years, we have seen a swing, where watermelon production has decreased and rockmelons, honeydews and other varieties are increasing. So, while watermelons are still our number one, and biggest production by far, other melon lines are growing strongly and looking positively for future growth, and all of this is supported by the implementation of the Safe Melons program."

Melons Australia says one of the major keys to the continued growth of the industry is passing on the knowledge and skills to the younger people who will sustain melon production for the next generations.

"We can grow as much as we want, but if we don't look forward to succession planning, future opportunities and making sure the people coming through have the ability to take over at some time, we are on a pathway to nowhere really," Mr Davey said. "We need to invest in young people, and we also have a long way to go to bring the industry together and improve communications. That's what I see my role as Executive Officer, really working on advocacy level and improving the profile of Australian melons and our people across the country."

He explained that the category is one of only a few fruits and vegetables where there are no/minimal imports, and keeping it that way will be vital to the success of the Australian industry. 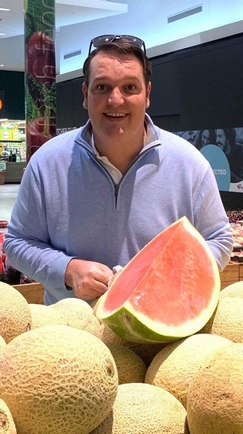 "There is an opportunity for growth in the domestic market, but there are also going to be opportunities elsewhere," he said. "Growth of our industry is going to have to involve in the opening up of new markets, both here and overseas. We are currently leading a project looking at expanding our exports into Japan and have interest in looking at opportunities for further exports across South East Asia. The time that you can have melons in containers and utilising available airfreight really leads us towards that Asian markets. We also have to ensure that we are developing a product that the consumer wants, as opposed to just producing more for the sake of it. I would imagine that over the next few years, new lines of melons coming on board; new flavours, new colours, new ideas so that what we are producing is in demand with the consumer. That's the only way that we will see growth and success."